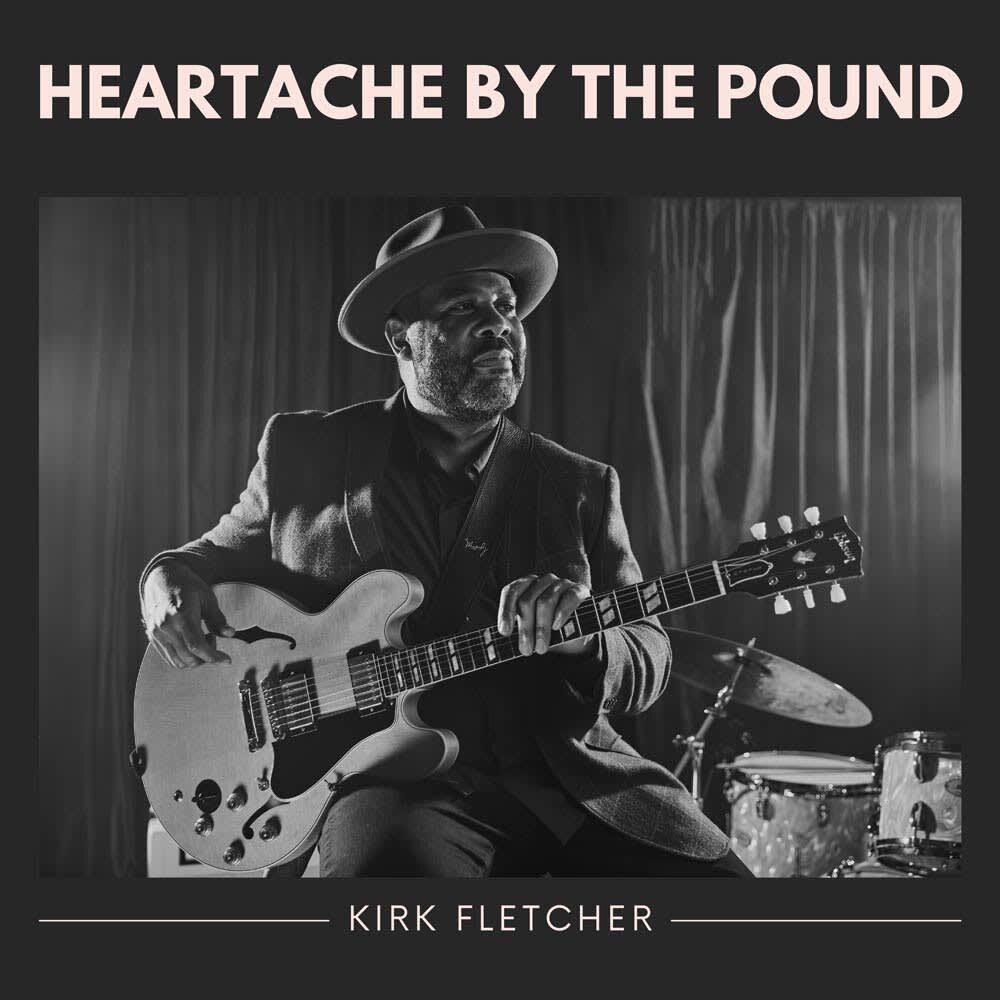 Heartache By The Pound

Produced by Fletcher at the legendary FAME Studios in Muscle Shoals, Alabama, “Heartache By The Pound” is heralded by today’s premiere of the scorching first single, “Afraid To Die, Too Scared To Live,” available now at all DSPs and streaming services. An official music video is streaming now at YouTube.

“I got back to my gospel and blues roots,” Fletcher says. “I really wanted to do a blues record, so I sat down and allowed the songs to take over. I’m a bluesman, and I write about life. That’s the concept.”

“Heartache By The Pound” marks Fletcher’s most personal and potent work to date, highlighted by robust vocals, spirited songcraft, and of course, the fiery guitar work that has earned him international acclaim as one of the preeminent bluesmen of the current era. A five-time Blues Music Award-nominee, Fletcher spent much of the pandemic living in Switzerland, writing new songs remotely in partnership with his long-time friend, legendary bassist Richard Cousins (The Robert Cray Band, Van Morrison).

“FAME is the mother church for soul music,” Fletcher says. “It’s the same building where all these fantastic people like Otis Rush and Aretha Franklin have recorded. I wanted the vibe. I needed to bring these songs there.”

2. Afraid To Die, Too Scared To Live (4:04)
Composed by Kirk Fletcher & Richard Cousins

3. Heartache By The Pound (3:09)
Composed by Kirk Fletcher & Richard Cousins

5. The Night’s Calling For You (5:16)
Composed by Kirk Fletcher & Richard Cousins

6. Wrapped Up, Tangled Up in the Blues (5:05)
Composed by Kirk Fletcher & Richard Cousins