The first single ‘No Place To Go’ is out now. 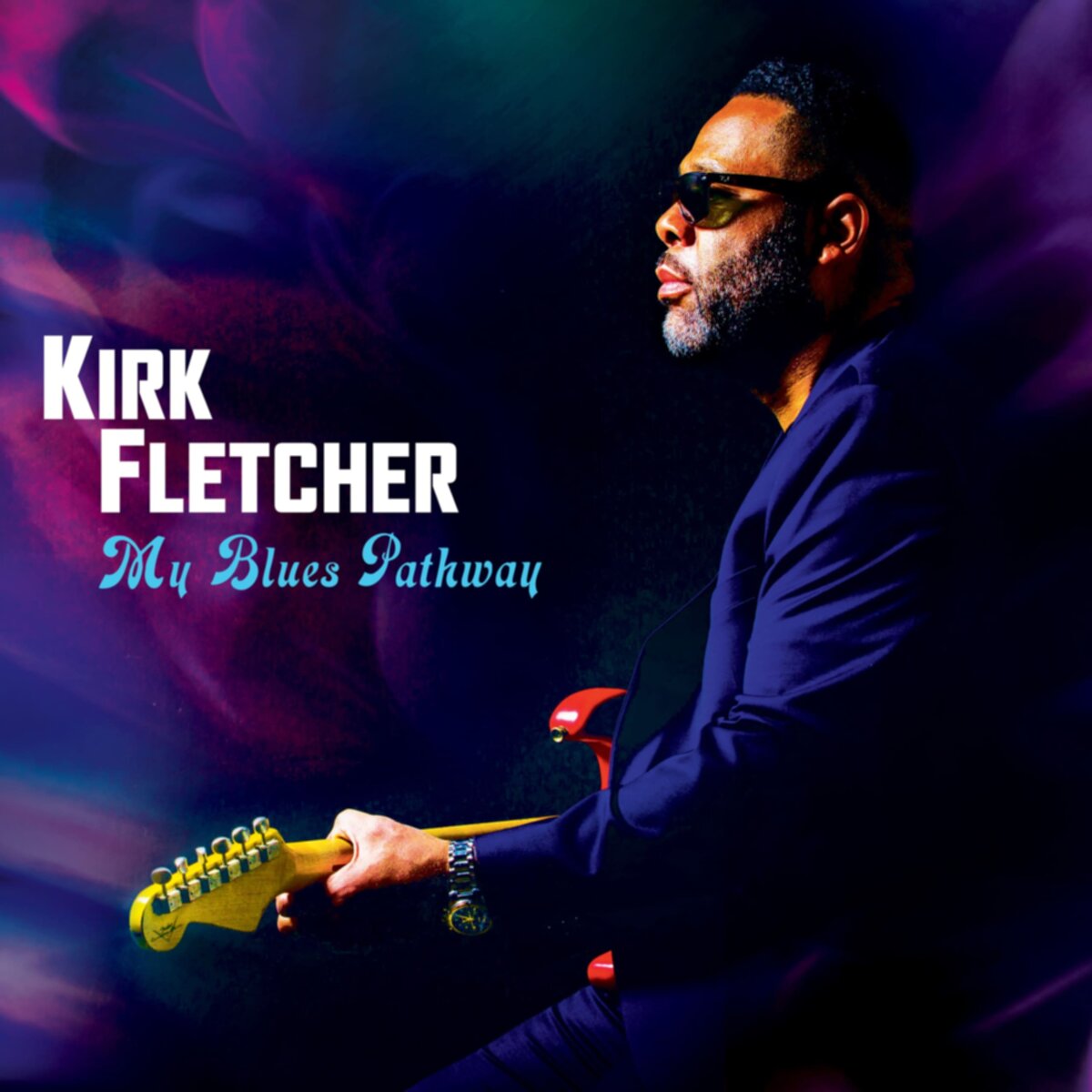 Former guitarist with the Fabulous Thunderbirds, and award-winning American blues guitarist Kirk Fletcher is very happy to release his sixth album “My Blues Pathway” via Cleopatra Records. The 10 tracks will be released on CD, vinyl and digital on Friday September 25th. The album is available to pre-order from https://orcd.co/kirk_fletcher_my_blues_pathway.

The first single “No Place To Go,” co-written with Richard Cousins, will be released and available to stream on Tuesday July 21st from https://orcd.co/kirk_fletcher_no_place_to_go

“This song is about the struggles of success, sometimes at the expense of what life is really about,” says Kirk. “It about self-empowerment and what a person’s view of happiness means, whether, it is a house on a hill or a meal for the day to survive.”

“The album was a joy to make,” says Kirk – “especially making music with some of my longtime friends. I’ve known drummer David Kida for over 25 years. We have been in the trenches together on the L.A. Blues music scene.”

Kirk recorded this album over the Christmas holidays 2019 in six days over a two-week period.

“I had a brief run through with my friend, bassist Travis Carlton the day before we started tracking to help structure some forms and arrangements. It was very important for me to include some covers on this album. I wanted to shine a spotlight on some of my favorite blues artists including Sonny Boy Williamson, Chris Cain, AC Reed and Juke Boy Bonner.”

“I also wanted to pay tribute to the tradition of great blues by keeping these great songs alive. I searched for a little more obscure artists to cover and that was a lot of fun.”

Says Kirk, “My Blues Pathway is an album about celebrating the music that got me excited about
playing blues from the beginning of my career and the musicians that inspired me. My path led me straight back to the Blues.”

Continues Kirk: “With new experiences and wisdom, I tried to think of how I felt the first time I went to a blues festival at 12 years old seeing Albert Collins… or a little later seeing guys like Chris Cain and Denny Freeman in clubs as a young man.”

This music that motivated me and gave me great inspiration to play blues music. The music closest to my heart. I owe everything to the blues. I traveled the world because of it. This album is a celebration of it. My personal pathway has led me back to my own interpretation of Blues music.”

Ain’t No Cure For The Downhearted
This song is about people who shift the blame of all the things in their life that they regret. People who judge their life by other people’s success or their so-called happiness. One must find happiness from within. A line in the song says, “Do you still dream or are you led by a screen”. We must think for ourselves and follow our passions if it doesn’t harm anyone or anything.

No Place To Go
Simply one man’s desire to have wealth and what he or she may have to give up getting it. While another man or woman may see wealth as having someone to love them. Sort of like the old saying, “the grass is always greener on the other person’s lawn in a way.” Hopefully as you grow you realise you must live your own life. This song was a co-written with Robert Cray’s longtime bass guitarist, Richard Cousins.

Love Is More Than A Word
I got the inspiration originally from listening to a friend talk about his marriage. I was so moved by the things he said. I was just before tracking the song listening to a lot of Southern Soul music. The classic story of love lost, and Soul music go together like a hand in a glove. This is another co-write with Richard Cousins.

Struggle For Grace
This song is somewhat autobiographical set to a classic minor blues feel. This song somewhat tells my story and my struggles. It talks about the legacy I want to leave the legacy that I view a lot of my heroes left. The struggles of having dignity and grace in this cyber world we live in.

Rather Fight Than Switch
This song was written by Singer and saxophone player AC Reed. He played with Albert Collins and Earl Hooker to name a few. To me this song is somewhat humorous, but it does put some of my thoughts into words and a great song. The older I get the more I don’t want to compromise.

Heart So Heavy
Heart so heavy is about a woman breaking a man’s heart. I think this is one of the reasons blues music was invented! I wanted to add my own contribution to it. I love taking classic blues phrases both lyrically and guitar wise and put my own personal spin on them. Times change but then people don’t. So, I feel heartbreak is still current.

Fattening Frog’s For Snakes
This song is written by the great Sonny Boy Williamson. I have always loved this song. To me it means that I am going to stand up for myself. And not make another person rich while you get nothing in return, for your hard work. If you wanted to you could apply this to American politics, but I won’t here.

Place In This World Somewhere
This song was composed by my dear friend and blues great Chris Cain. I have been a huge fan of his music for many years. The song means to me a kind of observation of the world through the eyes of a working man and the struggles to make it from day to day. He is trying to find worth and what kind of legacy he will leave. These lyrics just resonate with me so much.

D Is For Denny
When I finally turned 21 and could legally go in bars in the 90’s there was this guitarist from Texas named Denny Freeman. Denny was always a great inspiration to me. He was my first big link to Texas blues and for him to be living in Los Angeles for a time was priceless. He would tell me about Texas guys like Lightnin’ Slim and Juke Boy Bonner. Denny played in bands with both the Vaughan brothers so that was special for me at that time. But I soon learned that Denny was an incredible musician in his own right. So, I wrote this instrumental to honor him and Texas blues.

Life Gave Me A Dirty Deal
Written by Juke Boy Bonner, I feel these lyric’s in a special way. So many times, people smile to hide a life of sadness. In this song Juke Boy explains how it really is or can be for a person. I was so honored to have my old boss and blues legend Charlie Musselwhite play Harmonica on this song. I come to find out Charlie did shows with Juke Boy. My old buddy Josh Smith played some National Resophonic guitar, too.