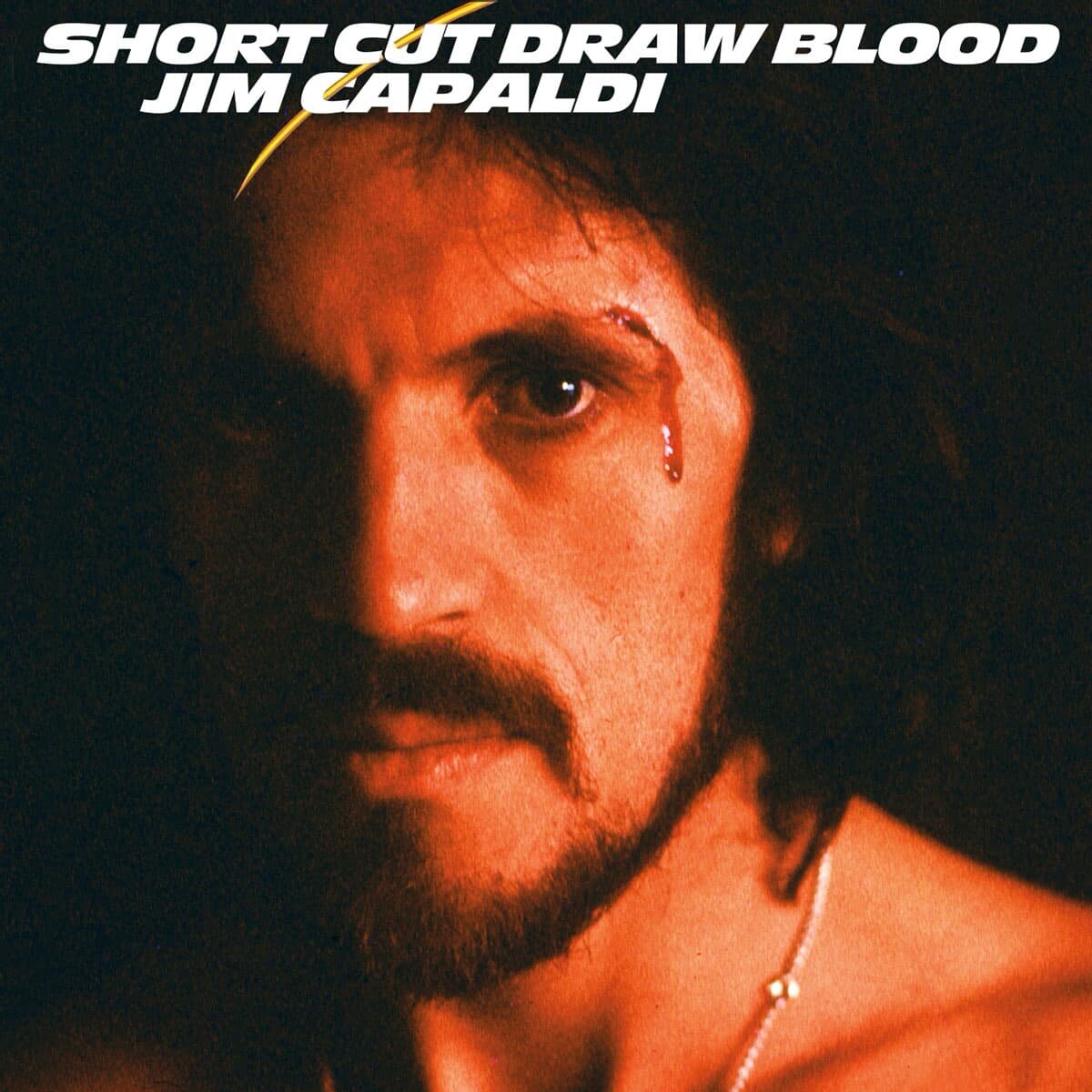 Jim Capaldi was a major figure on the British rock scene from the 1960s into the new millennium; achieving stardom both as a founding member of Traffic and successful solo artist who collaborated with some of the most prestigious artists of his day.

Whilst Capaldi was most recognized as Traffic’s drummer, he was also one of the group’s principal songwriters alongside Steve Winwood, co-writing hits including ‘Paper Sun’ and ‘Dear Mr. Fantasy’. Inducted into the Rock and Roll Hall of Fame in 2004, Capaldi was also the recipient of 5 ASCAP and BMI Awards.

In December 1975, Jim Capaldi released his third and celebrated solo album ‘Short Cut Draw Blood’ for Island Records. Now, for the first time, this re-mastered masterpiece gets its official digital release and will be available, on all streaming and download platforms worldwide, from Feb 26th once again via Island.

Sounding equally fresh and current today, Jim’s keen socio-politically conscious themes are just as poignant now as they were over 45 years ago. None more so than in anti-establishment indie-rock anthem and title track ‘Short Cut Draw Blood’ with its snarling warning of climate destruction and corporate greed. Former ‘Traffic’ members Steve Winwood and Chris Wood, Muscle Shoals Rhythm Section of Hood and Hawkins, Jimmy Johnson and Pete Carr provide weighty grooves and urgency to Capaldi’s verses, all backed by some electrifying guitar work by none other than Chris Spedding. The song’s construction and content bring to mind Bob Dylan’s ‘Hurricane’.

Proving his worth as a visionary writer and innovative lyricist, Short Cut Draw Blood with its heterogenous influences from African- Jazz, Funk and Latin marked a major turning point in Capaldi’s career, showing he could move with times and adapt to musical trends, but still maintain his musical credibility.

This was Jim’s first album recorded after the breakup of Traffic and a commercial breakthrough with two top 30 hit singles; It’s All Up to You (#27) and Love Hurts (#4), there is a common viewpoint that Jim’s version of Love Hurts is the one that ‘nails it’. The album also entered the charts in several other countries.

‘Goodbye Love’ opens the album. Winwood’s bass playing, rhythmic piano and Hammond pin down this soulful groove. Capaldi uses a drum machine whilst Rebop Kwaku Baah and Remi Kabaka provide more ‘traditional’ pockets of percussion. Ray Allen punches out a trademark virtuoso on the sax – a man who would become a staple of Jim’s touring line-up.

Another cover is Jim’s take on The Slickers ‘Johnny Too Bad’. A genteel reggae groove with a few minor lyrical adjustments referencing Birmingham and Basing Street Studios. Other Island artists would cover the tune including Jimmy Cliff and Bob Marley – another close and lifelong friend of Jim’s.

‘Living on a Marble’ is equally spiky with Jim delivering his unmistakable driving vocals and again highlighting the gap between ‘us and them’.

‘Boy with a Problem’ deals with the addiction problems of his Traffic colleague Chris Wood. Ironically Paul Kossoff who blasts out a fiery jaw dropping solo on the track would also fall foul of addiction.

‘Keep on Trying’ is a studio jam with Jim delivering a loose narrative to complement its infectious house party-like groove and Rico Rodrigues (trombone from Cuba) and Ray Allen (sax) deliver carefree solo’s – it’s Jim and the band having fun.

Closing track ‘Seagull’ is a refined ballad with Jim joined by Chris Wood, Steve Winwood and Remi. A tranquil finish to a varied and accomplished album. The material also worked spectacularly in a live setting. This was to be Jim’s last album for island, until “Some Come Running, released in 1988.

The album title; a Jamaican adage “Short Cut, Draw Blood” warns that taking the easy way out can offer dire consequences, which carries substantial thematic weight to this album. The title conceived by Chris Blackwell, founder of Island Records who also co-produced the album.

Fans can expect to hear more Jim Capaldi music including special editions, physical releases, rarities, outtakes, compilations and B-sides all slated for release via the Jim Capaldi Estate throughout 2021 and beyond.

I remember going down to the cottage in Berkshire to jam with him. The arrival of Traffic’s songs and the imagery of Jim Capaldi’s lyrics drove forward and then ahead on a vast surge of beautiful hope and other worldliness” – Robert Plant

“a great poet songwriter and musician. I am proud to have been his writing partner on so many songs” – Steve Winwood

His bullish frame was exactly how he played and sounded on the drums. Fierce and deliberate, no turning back. He had a great, charging personality, but was so soft at heart – Yusuf Islam /Cat Stevens

“Jim was an extraordinary artisan on Drums – obviously a real musician as well as a drummer. For years I had no idea he wrote the sublime lyrics behind Traffic I’m such a huge fan. I like all of Jim’s solo stuff – Pete Townshend