We first met Ryan Perry as a teenage phenomenon, when he hijacked 2007’s International Blues Challenge in Memphis with his Homemade Jamz Blues Band, and announced his talent for sharp storytelling, stinging guitar and soulful vocals. This charismatic bandleader’s talents have only grown over the last decade, and following 2020’s solo debut on Ruf Records, Ryan is the finished article, armed with a setlist to raise the roof. Now on tour with Ruf Records’ Blues Caravan together with Jeremiah Johnson and Whitney Shay. Check it out!

Like all the great artists, Ryan Perry isn’t afraid to rip it up and start again. Since 2007, the Mississippi bandleader has blazed a reputation in the award-winning Homemade Jamz Blues Band. But when it came to his solo debut, Perry took a leap of faith and trusted his talent to land him safe on the other side. Now, High Risk, Low Reward announces the touchdown of a solo artist to treasure.

“This album,” he says, “was the hardest thing I’ve done to date.” Driven by Perry’s soulful guitar and fathoms-deep vocal, High Risk, Low Reward will thrill long-standing followers of the Homemade Jamz Blues Band. But the eleven songs that Perry tracked at Berlin’s Studio Erde with producer Roger Inniss will sweep up a whole new fanbase too. From the classic porch-blues vibe of the title track, to Hard Times’ torn-and-frayed ode to struggle in modern America, this is an album that touches every generation that hears it. Ain’t Afraid To Eat Alone is funky and heartfelt, opening with a stinging lead-guitar intro that sets the standard. Homesick has a mid-tempo funk-blues lick and a heavy heart, while other standouts find Perry reflecting on his own broken-down relationships. On Changing Blues, the bandleader considers where his beloved genre might roam from here. “The blues has changed in the past twenty years,” he considers. “What will it sound like in twenty more?” Wherever the blues scene goes, expect Ryan Perry to be at the head of the pack, still addressing age-old truths, but serving them up with a vigour and vision that chimes with fresh listeners. “The new generation of the blues is here now,” he nods. “And it’s here to stay” 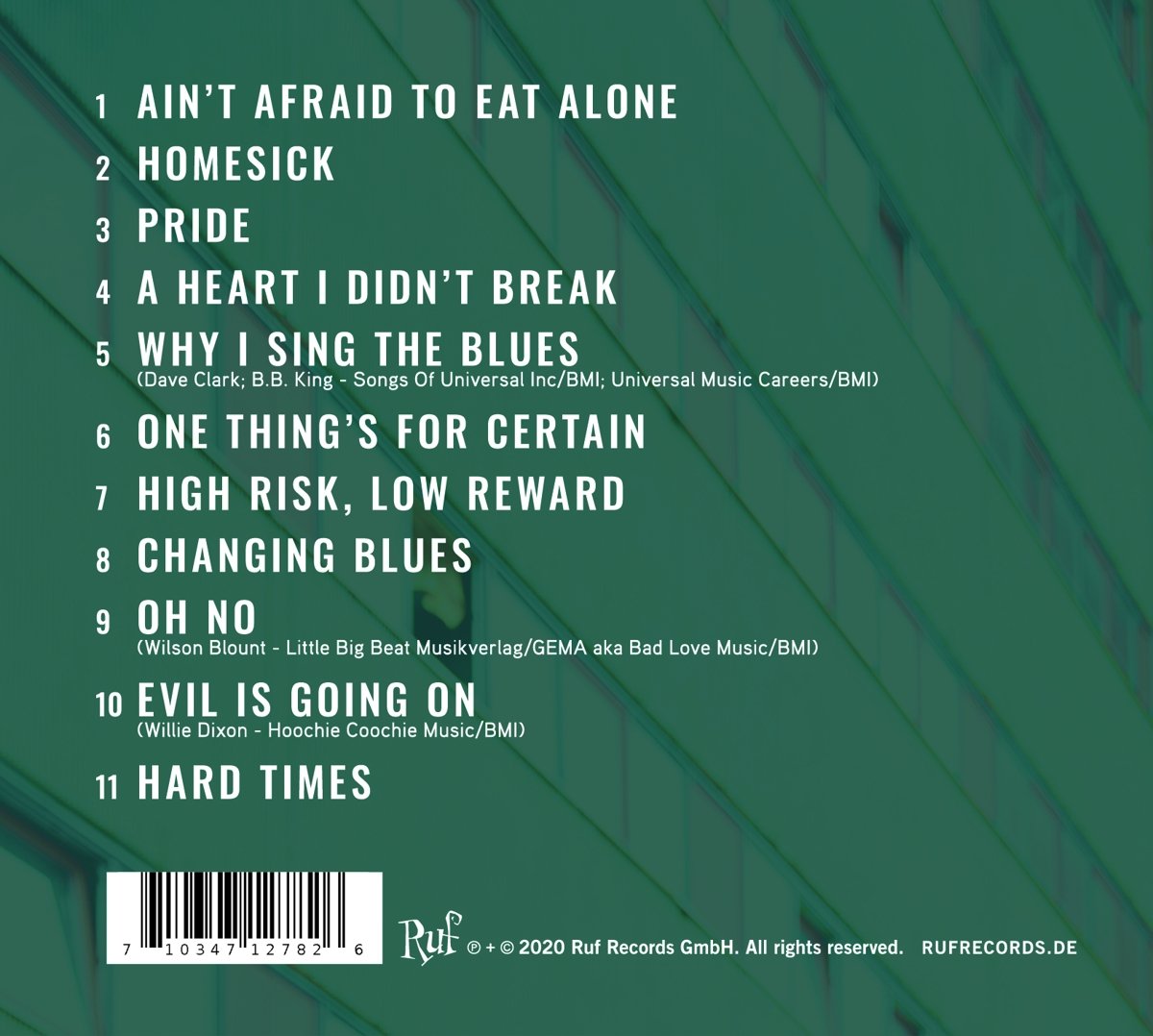