Kim Wilson – Take Me Back (The Bigtone Sessions)

New release: Kim Wilson – Take Me Back (The Bigtone Sessions)

What is there to say you would not know already….. probably only this: Kim Wilson has returned to MC Records to record an old fashioned live in the studio MONO record, direct to tape. His first recorded outing in 4 years is a belter. Stompin’ blues, powerful vocals and steamy harmonica riffs. Everything you would expect from a T-Bird flying solo. 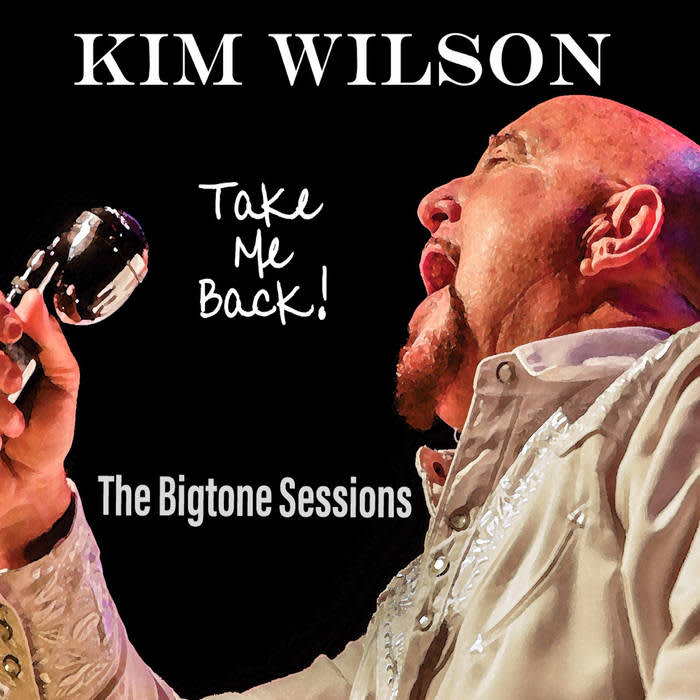 Kim Wilson
Take Me Back – The Bigtone Sessions

Take Me Back is Kim’s first solo release in three years and is being released worldwide on October 9th. In 2001 and 2003, M.C. Records released Smokin’ Joint and Lookin’ For Trouble, both were nominated for Grammy Awards in the Traditional Blues category. Take Me Back is deep, authentic, and filled with the gut-wrenching blues sounds Kim has made famous for over 40 years. Recorded live in the studio, in mono, Kim delivers the blues as his heroes did in the golden age of the genre in the 1950s. Kim and his all-star band muscle through 16 tracks with some new Wilson songs and a mix of some great blues and R&B gems by the likes of Jimmy Rogers, Jimmy Nolan, Larry Williams and more.

For the last 17 years I have had fond memories of working with Mark Carpentieri at M. C. Records. When we met prior to the, award winning, Big Jack Johnson BBQ sessions I was very impressed with his positive productivity. He runs a tight ship and is always working very hard on your behalf. I’m looking forward to our journey on this record and thanks for welcoming me back aboard! – Kim Wilson

To say that these recording sessions were enjoyable experiences would be a vast understatement! Not only are these fellas’ great musicians but they are also dear friends of mine and I want to thank them for the incredible performances that they gave. – Kim Wilson

Kim Wilson – Take Me Back