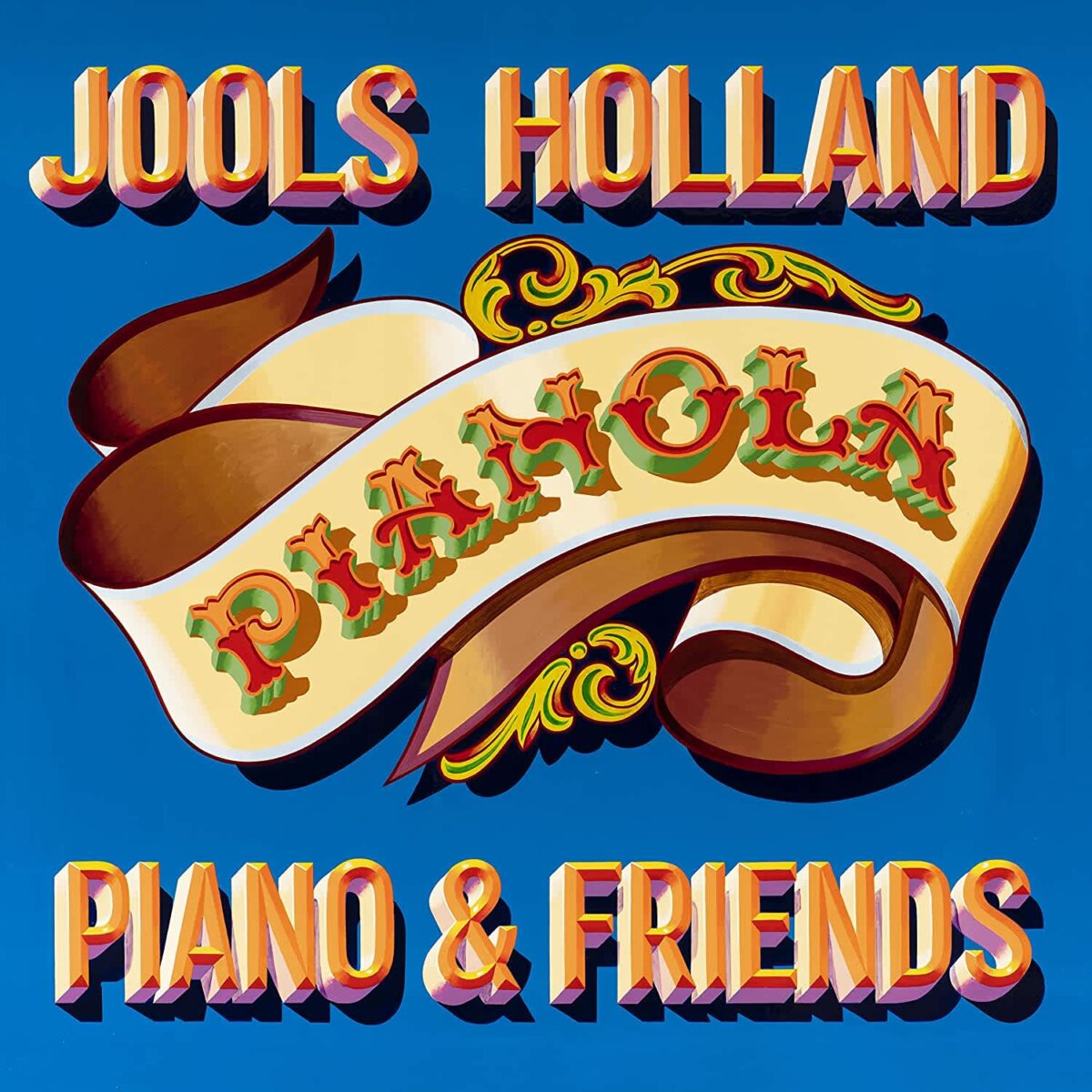 Jools Holland is proud to announce his new album Pianola.Piano & Friends. A loving tribute to the black and white keys, it celebrates the community and conviviality that the piano inspires and the spark of Jools’ deep love for music. The album showcases the vibrant versatility and virtuosity of Jools Holland and his lifelong friend, along with a truly unique line-up of some of the world’s greatest artists: Lang Lang,; David Gilmour; Ruby Turner; Herbie Hancock; Booker T.; Tom Jones; Gregory Porter; Mousse T.; YolanDa Brown; Dr. John; Joe Bonamassa; Trombone Shorty…

Recorded through the lockdown period and from many corners of the world, the album has been produced by multi-instrumentalist Nitin Sawhney and Jools’ longtime producer Laurie Latham, with one track co-written and produced by Mousse T. Do The Boogie.

‘I’m humbled to have made this record with the greatest instrumental and vocal artists of our day. And so grateful to my lifelong friend the piano for making it possible.’ – Jools Holland

Pianola.Piano & Friends is available via Warner Music on CD, double LP, and all major streaming services. 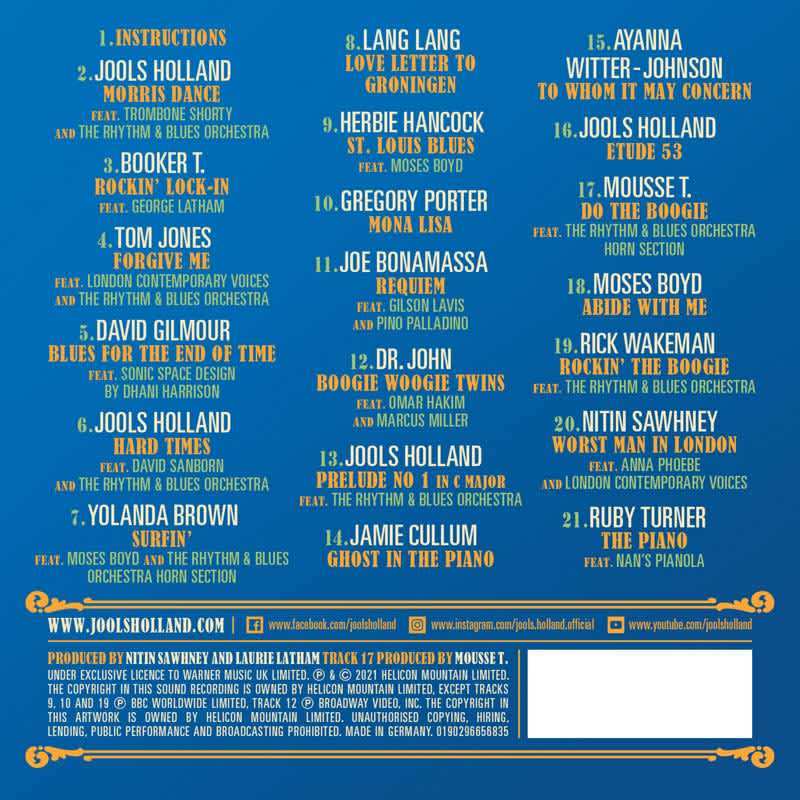 Celebrated musician, bandleader and television host Jools Holland has amassed an almighty line-up of musicians, each a master of their individual instrument, for his new album PIANOLA. PIANO & FRIENDS. A loving tribute to the black and white keys that have become synonymous with Holland and his show-stopping stylings.

PIANOLA. PIANO & FRIENDS celebrates the community and conviviality that the piano inspires. At the core of the album is the eponymous pianola that was once owned by his grandmother Rosie. A sturdy self-playing stand-up, Grandmother Rosie’s war-torn pianola once entertained guests in her little front room before a young Holland began learning learn to play on it, sparking his love of music and this very album. A constant champion of musicians around the world, Holland has brought together a truly unique line-up of some of the world’s greatest artists in their field, from unrivaled concert pianist Lang Lang to guitar master David Gilmour as well as the vocal talents of Ruby Turner and Gregory Porter, for this expansive album, showcasing the vibrant versatility and virtuosity of the piano.

With seven tracks written by Holland himself, the album has been produced by multi-instrumentalist Nitin Sawhney, who received the Ivor Novello’s Lifetime Achievement Award in 2017 and whose distinctive creative vision profoundly shaped the album, as well as Jools’ longtime producer Laurie Latham with one track co-written and produced by Mousse T.

After a brief introduction by Jools himself, the inimitable Trombone Shorty, together with the Rhythm & Blues Orchestra, get into full swing on ‘Morris Dance’ while Holland jams alongside the effortless charm of Booker T. in ‘Rockin’ Lock-in’. Two true musical titans also make an appearance on PIANOLA. PIANO & FRIENDS with Tom Jones giving a beautiful, heart-wrenching performance on ‘Forgive Me’, backed by the London Contemporary Voices choir and The Rhythm & Blues Orchestra, while David Gilmour showcases his guitar prowess on the soaring ‘Blues For The End Of Time’, framed by Dhani Harrison’s interesting sonic touches.