Janiva Magness – The Devil Is An Angel Too (CD) 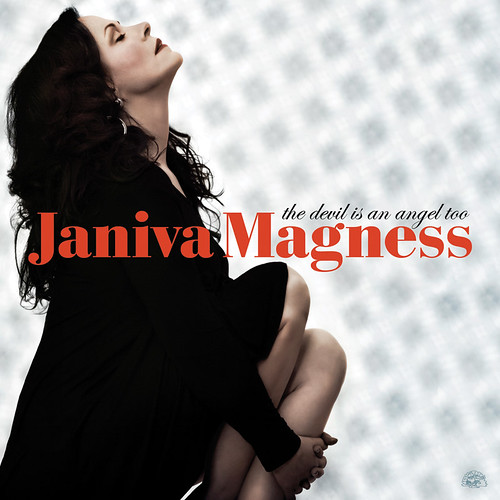 Blues and R&B vocal dynamo JANIVA MAGNESS is on top of the blues world, winning the Blues Music Awards for B.B. King Entertainer of the Year in 2009 and Female Artist Of The Year in 2006 and 2007. Her Alligator debut, 2008’s What Love Will Do, has sold nearly 16,000 units.

What Love Will Do received strong support from Adult Album and Americana radio, as well as blues specialty radio, where it dominated with four months at #1 on the Living Blues Radio Chart and reached #1 on the Roots Music Blues Chart.

Janiva plays nearly 150 live shows a year including clubs and festivals in the U.S. and recent appearances in Canada, France, Norway, Finland and Spain. She will tour behind the new release with dates across the U.S., Canada and overseas throughout 2010.

Janiva will also receive exposure as the national spokesperson for the Casey Family Programs, a non-profit organization that assists foster children and families. It’s a position she comes by as a result of her own triumph over an unfortunate childhood (an orphan at 16, Janiva lived in foster homes and on the streets before being rescued by a caring foster mother).

On THE DEVIL IS AN ANGEL TOO, Janiva Magness makes it clear from the start she’s at the top of her game.  Her gritty, powerhouse vocals infuse tales of love and loss with a cathartic mixture of scorching intensity and smoldering resolve.  The music has a spare, jagged feel that accentuates Magness’ emotional investment in hard-hitting songs by Joe Tex, Nick Lowe, Julie Miller and more.