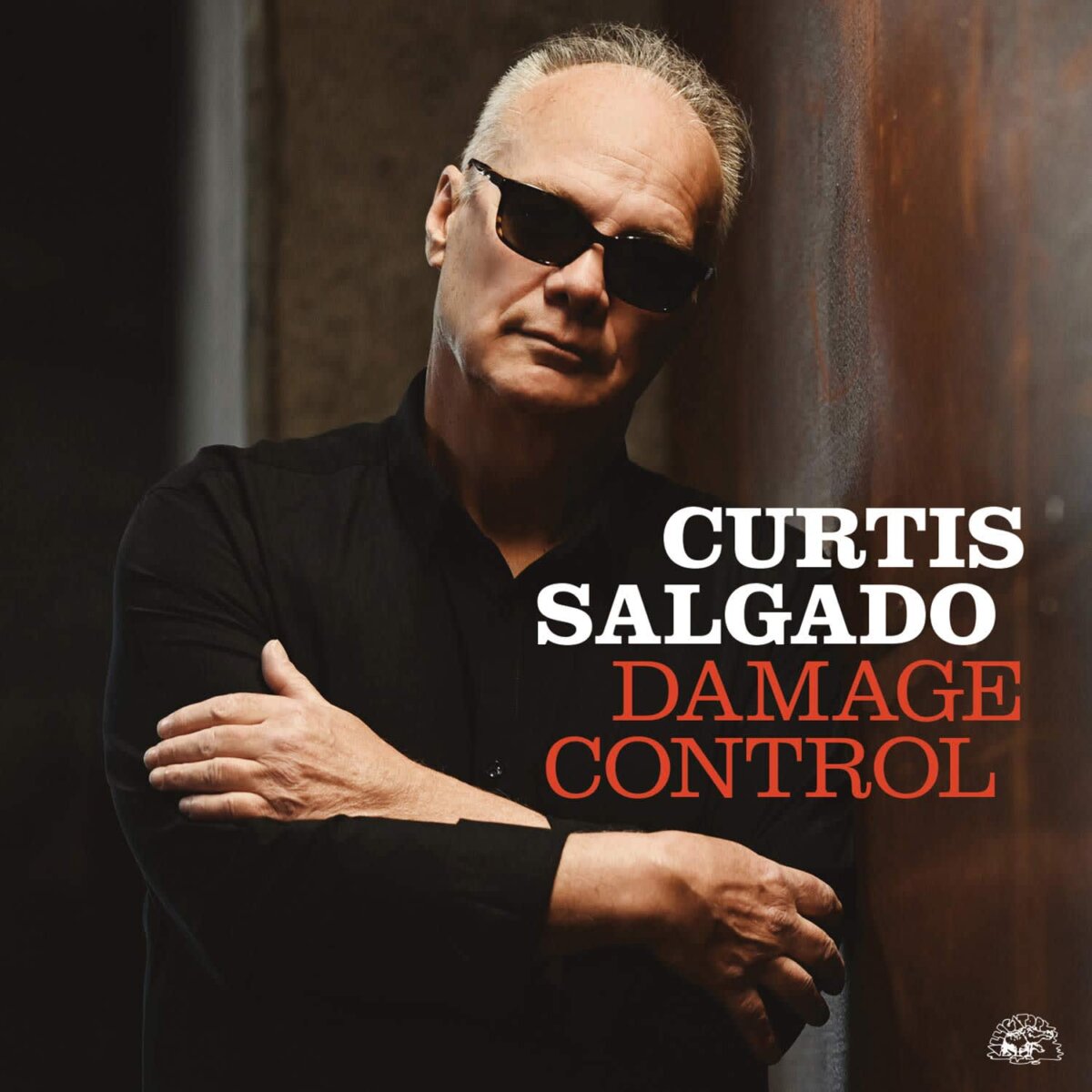 With over 40 years of recording, performing, touring and songwriting under his belt, Salgado is revered worldwide for his ability to wring every ounce of soul out of every song he performs. He is famed not only for his powerhouse live shows and ten previous albums, but also for his songwriting. In 2018 he won the Blues Music Award for Song Of The Year for Walk A Mile In My Blues from The Beautiful Lowdown. In total, he has won nine Blues Music Awards, including the B.B. King Entertainer Of The Year. DownBeat calls his songwriting skills “an impressive gift.” Billboard says Salgado’s music is “inspired and powerful.”

With Damage Control, Salgado has created what he calls “a rock ’n’ roll record with lyrics that hit.” The album was produced by Salgado and recorded in studios in Tennessee and California with three different groups of world-class, road-tested blues and roots musicians. The 13 songs—12 originals and a raucous cover of Larry Williams’ Slow Down (famously covered by The Beatles)—will surprise and delight longtime Salgado fans. Salgado has crafted a soul-searching, street-smart collection of vividly detailed, instantly memorable songs. Salgado’s vocals weave, bob and soar, at times jabbing with nuance, and then striking with unlimited power. Of the title track, he says, “Life is all about damage control…trouble and then some. It’s about dealing with what gets thrown at you and saying, ‘I ain’t finished yet.’”

The album’s defiant opening song, The Longer That I Live, was originally released as a digital-only single in June 2020. Listen to the song and watch Salgado’s captivating music video here:

Born in Eugene, Oregon, Salgado found his calling early on. By his 20s he was already making a name for himself in Eugene’s bar scene with his band The Nighthawks, and later as co-leader of The Robert Cray Band, where he found himself sharing stages with many of his heroes, including Muddy Waters, Bobby Bland, Albert Collins and Bonnie Raitt. After Salgado and Cray parted ways in 1982, Curtis fronted Roomful Of Blues, singing and touring with them from 1984 through 1986. In 1995 he spent the summer touring as vocalist for Santana. He released the first of his 11 solo albums in 1991.

Salgado’s Alligator Records debut, Soul Shot, was released in 2012 to widespread critical acclaim. Blues Revue said Salgado’s music is “triumphant, joyful, blues-soaked R&B” and declared him to be “one of the most soulful, honest singers ever.” He followed up with The Beautiful Lowdown in 2016 and Rough Cut, the stripped-down acoustic album (with guitarist Alan Hager) in 2018.

Salgado has always lived life to the fullest, but he’s also faced adversity, overcoming multiple health challenges. Both of these things inform Damage Control. He battled back from liver cancer in 2006 and lung cancer in 2008 and 2012. In March 2017 he underwent quadruple bypass surgery. He’s not only come back stronger each time, he’s also become a prolific songwriter, going from writing a few songs per album to writing or co-writing full albums of original songs.

“You can dance to them,” Salgado says of his songs, “but the words have to carry the weight.”