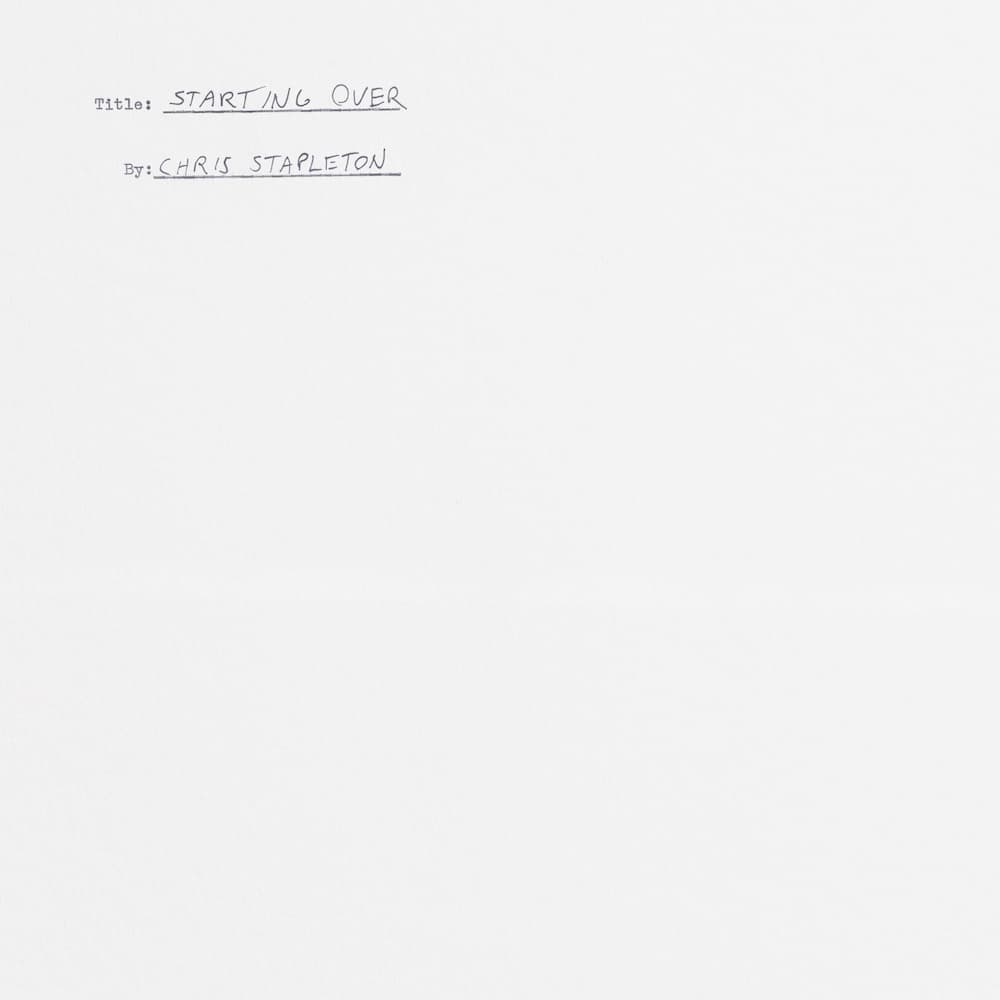 Starting Over features 11 new songs and three covers: Guy Clark’s “Old Friends” and “Worry B Gone,” and John Fogerty’s “Joy of My Life,” off the Creedence Clearwater Revival leader’s 1997 solo LP, Blue Moon Swamp.
The album is produced by Dave Cobb, Starting Over also boasts guest appearances from Mike Campbell and Benmont Tench of the Heartbreakers.

Listen now to the official audio video for Chris Stapleton’s “Starting Over”:

Country star Chris Stapleton is Starting Over with his forthcoming fourth studio album which releases Nov. 13, 2020 on Mercury Records Nashville.

The title track was co-written with Mike Handerson. Although he finished the whole album in late February, before the worldwide shut down due to the coronavirus pandemic, Stapleton’s 14 fresh songs exalt life’s simplest pleasures while digging deeper into its gravest problems. But three of those songs are covers of John Fogerty’s “Joy Of My Life” and Guy Clark’s “Worry B Gone” and “Old Friends.”

He recorded Starting Over at his second home at Nashville’s RCA Studio A with some collaborators old and new. He worked with his wife Morgane Stapleton, who sings and plays tambourine on the new record, and longtime bassist J.T. Cure and drummer Derek Mixon. But the special guests joining him are Tom Petty and the Heartbreakers guitarist Mike Campbell and keyboardist Benmont Tench, steel guitarist Paul Franklin and All Voices Choir, who are featured on “Watch You Burn.”