3-CD PACKAGE TO INCLUDE ALL SOURCE RECORDINGS 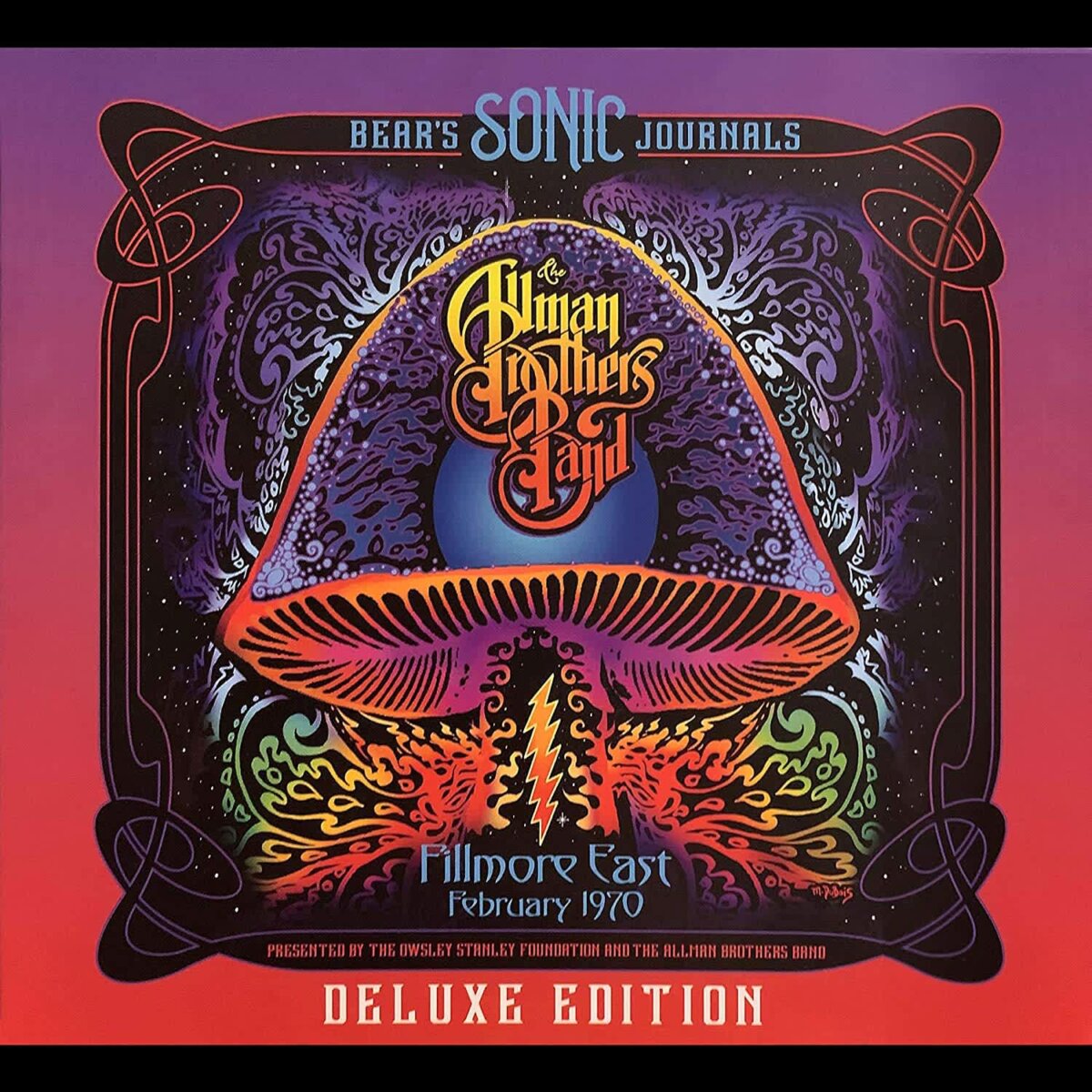 The ALLMAN BROTHERS BAND in 1970 was on the brink of superstardom. They had only been together for 11 months when promoter Bill Graham, who had booked them in San Francisco and New York, invited them back to the Fillmore East on a triple bill with Grateful Dead and Love. And fortunately for us, the Dead’s soundman Owsley “Bear” Stanley had his tapes rolling. Now, the seven-song original compilation is being re-issued with two extra CDs containing all the mastered but unedited source material. Previously only available directly from the Owsley Stanley Foundation, this deluxe version lets you listen to the band rock on until Bear ran out of tape, and will be available on all platforms on June 18 (Orchard Distribution).

This release was freshly transferred and mastered from the original tapes in Owsley Stanley’s archives, and includes sonic restoration, new album art and liner notes, including a series of rare band photos from the Fillmore East in February 1970, original cover artwork (“Electric Mushroom”), and notes from the Allman Brothers Band and the Owsley Stanley Foundation.

Although the Allman Brothers Band in early 1970 had but one studio album under their belt, word of mouth about their incendiary and improvisational marathon live shows had begun to spread. In his liner notes, John Lynskey, ABB authority and Chief Archivist of the Big House Museum, aptly describes the Allman Brothers Band’s music as a “wicked blend of rock, jazz and R&B that created a dynamic, groundbreaking sound.”

Presented by the Owsley Stanley Foundation and the band—DUANE ALLMAN, GREGG ALLMAN, DICKEY BETTS, BERRY OAKLEY, JAIMOE aka J. JOHANNY JOHNSON and BUTCH TRUCKS–Bear’s Sonic Journals captures the nascent group on the rise; they would return to the Fillmore just a year later to record At Fillmore East, which continues to be included in conversations about the best live rock albums ever.