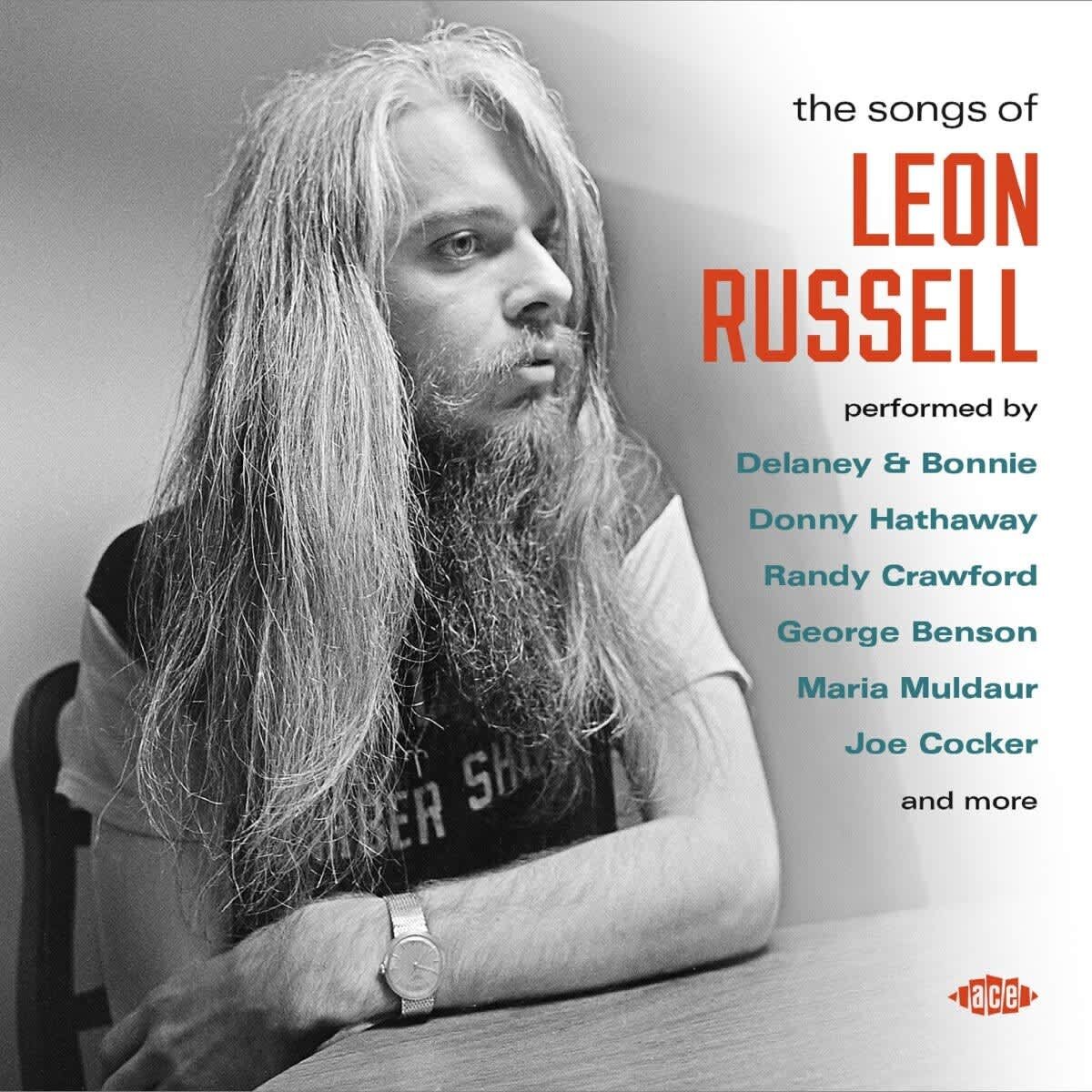 For fans of Ace Records’ popular Songwriters series, 2021 looks like being a particularly good year. Ace kicked off in January with a compilation of songs from the pen of Kris Kristofferson, and keep the ball rolling this month with a volume spotlighting the work of Songwriters Hall of Fame inductee Leon Russell.

The name Leon Russell should evoke welcome memories for anyone old enough to remember that time in the late 60s-early 70s when rock and soul seemed to be sprouting wings and flying in all directions, with no boundaries to contain the flow of mad, wide-eyed creativity. With his flowing grey mane, stovepipe hat and stellar piano playing, Russell cut an imposing presence leading Joe Cocker’s Mad Dogs & Englishmen circus as its charismatic ringmaster and musical director, before stepping out on a solo career that went supernova as it rampaged through the first half of the 70s, directed from atop his Shelter empire.

The collection comprises almost entirely songs from the period 1966 to 1979 and is packaged with a booklet featuring a 6,500-word essay by Kris Needs. The earliest selections – ‘Before You Go’ by Bobby Vee and ‘The Loser (With A Broken Heart)’ by Gary Lewis & the Playboys, both from Leon’s time as producer Snuff Garrett’s right-hand man, ‘Raspberry Rug’ by Bobby Whitlock and the Beatles-flavoured ‘Land Of Oz’ by Le Cirque – were all released before his name became well known to the public, although he was already established as one of the leading session musicians on the Los Angeles recording scene. His first major success came in 1969 with Joe Cocker’s recording of ‘Delta Lady’, included here along with definitive versions of ‘A Song For You’, ‘Groupie (Superstar)’ and ‘This Masquerade’ by Donny Hathaway, Delaney & Bonnie and George Benson respectively.

The one exception to the ’69-’76 timeframe is ‘If It Wasn’t For Bad’ from “The Union”, the 2010 album Leon recorded in collaboration with Elton John, to whom he was an idol, mentor and inspiration. As Kris Needs writes in the booklet, “Elton deserves much credit for reminding the modern world what a major talent had once stalked among us. Hopefully, this collection will help to keep Leon Russell’s flame burning, maybe even send a few rifling through the man’s colossal catalogue, like the first nuggets at the entrance to a goldmine.”

The Songs Of Leon Russell

Tracklist
1. If It Wasn’t For Bad – Elton John / Leon Russell
2. Delta Lady – Joe Cocker
3. Groupie (Superstar) – Delaney & Bonnie & Friends featuring Eric Clapton
4. A Song For You – Donny Hathaway
5. Me And Baby Jane – José Feliciano
6. Time For Love – Randy Crawford
7. Land Of Oz – Le Cirque
8. Before You Go – Bobby Vee
9. Raspberry Rug – Bobby Whitlock
10. You Look Like The Devil – Willie Nelson
11. Back To The Islands – Janis Siegel
12. Rainbow In Your Eyes – Al Jarreau
13. My Cricket – Rumer
14. Make Love To The Music – Maria Muldaur
15. Something Good Is Gonna Happen To You – Wornell Jones
16. I’d Rather Be Blind – Freddie King
17. Alcatraz – Nazareth
18. The Loser (With A Broken Heart) – Gary Lewis & The Playboys
19. Lonesome And A Long Way From Home – Earl Scruggs & The Earl Scruggs Revue
20. Love’s Supposed To Be That Way – California
21. This Masquerade – George Benson