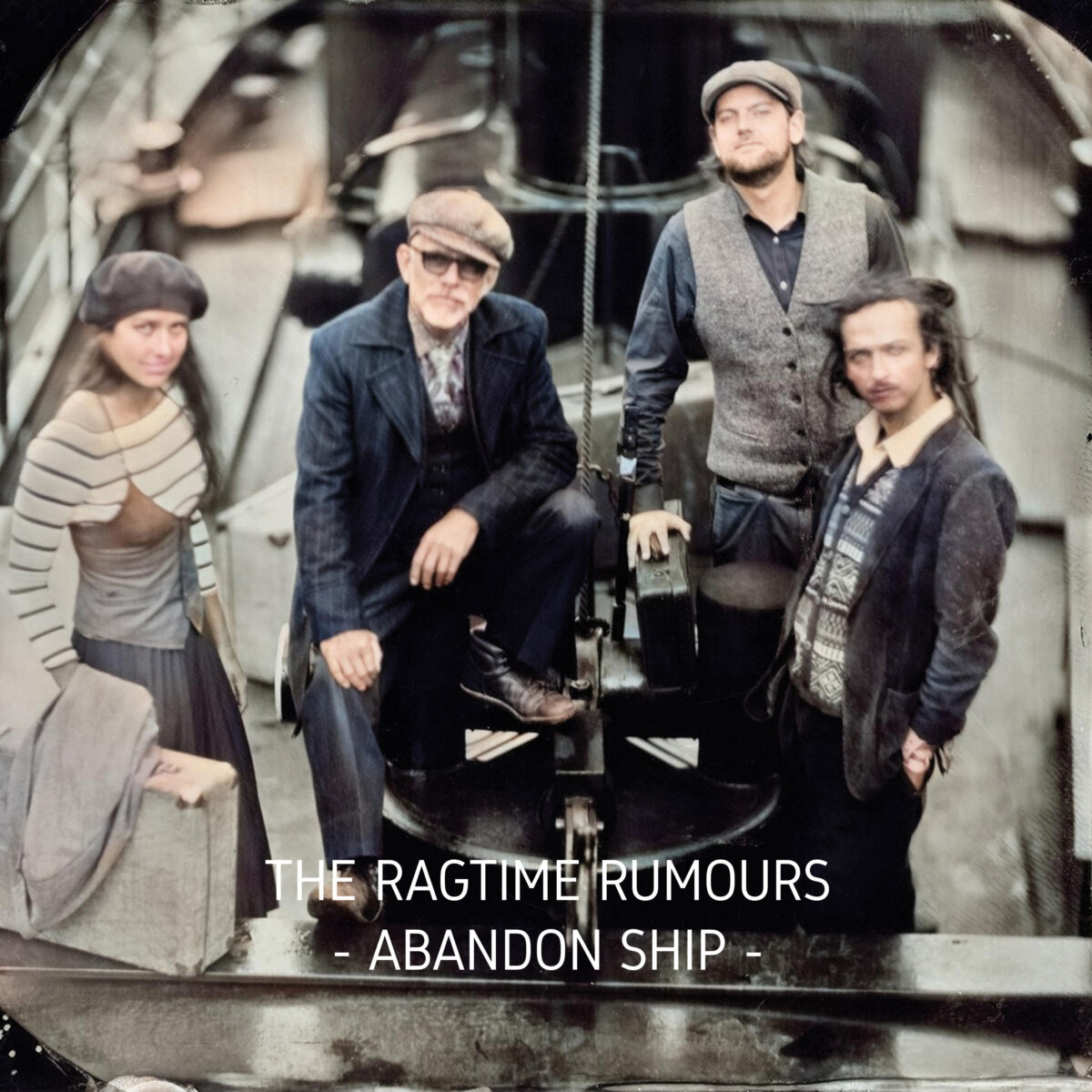 Rules are there to be broken. Genres are there to be blurred. Perhaps you thought The Ragtime Rumours could never top the fearless alchemy of 2018’s debut Rag ’N Roll – a rebellious collision of vintage blues, offbeat rock ‘n’ roll, gypsy-jazz and quirky storytelling. But with this year’s Abandon Ship, you’ll be happily proved wrong. “In our opinion,” say the band, “Rag ’N Roll was the appetiser and Abandon Ship is the main course.”

Amongst the five-star reviews for Rag ’N Roll, there was one recurring complaint from the purists (“We often hear that ‘this isn’t real blues’”). But for a band this open-minded – with influences spanning from Robert Johnson and Tom Waits to Pokey LaFarge and Django Reinhardt – that criticism was practically a badge of honour. “We agree with them – that’s why we call it rag ‘n roll,” shrug the lineup, who have pointedly included a song called I Can’t Sing The Blues on Abandon Ship. “So this time, we took advantage of people questioning our style and went even further, combining the styles we love in our own rag ’n roll way. The new album is full of weird musical jokes as well as lyrical ones. We kept the same balance of swing, fun and intensity.”

But it all starts with timeless songwriting and virtuoso playing. And on these eleven originals – plus a cover of Jack Lawrence’s 1940 hit Yes, My Darling Daughter – The Ragtime Rumours have fused the hard-won musical chops they’ve earned on the road into performances that crackle with excitement. Fast and slow, from the charging groove of Fieldman Song to the lazy drift of Undressing Me, this is a band at the top of their game.

And while Abandon Ship was tracked at Kink Studio and Dog Licks Recording in the Netherlands, it’s a pleasure to find yourself back in The Ragtime Rumours’ idiosyncratic world. Shut out reality for an hour and lose yourself in a lyrical landscape of dancing girls, moonshine and Cadillac salesmen, introduced by a foghorn and the title track’s unique shanty-jazz. “Abandon Ship is a true story,” explain the band, with tongue-in-cheek. “We were taking a ferry to Norway and it stormed so hard that it was going up and down like a theme park ride. People were yelling out of fear and panic – even the captain was running around. As the ship almost flipped over, a giant monster erupted from the stormy sea, blacking out the last light the moon had given to us. The whole thing was a nightmare, and 100% a true story. Really, we’re not lying….”

It’s frequently hilarious, but the band get serious, too, on The Sky Is Turning Dark’s banjo-plucked dystopia and the social comment of the wistful Pinocchio. “In life, everyone is controlled,” they say. “Growing up, there are so many aspects that influence you: family, friends, media, education. This song is about the realisation you’re being controlled and want to be free.”

Freedom was the operative word when it came to Abandon Ship. With producer Thimo Gijezen sharing the band’s open-minded recording ethos, there were no rules during the sessions. “We experimented a lot with sound and recordings,” remember the lineup. “A few examples: a field recording in the middle of the night, so there would be no birds disturbing the saxophone imitating a ship-horn. Walking through the snow, using a coffee grinder and throwing stuff around to create rhythm parts. After a million changes, we can really say this album became exactly how it was meant to be.”

Blues purists be damned. Abandon Ship is music without limits, for listeners without blinkers. “We think rules are meant to be broken,” say the band. “And we love breaking the rules…” 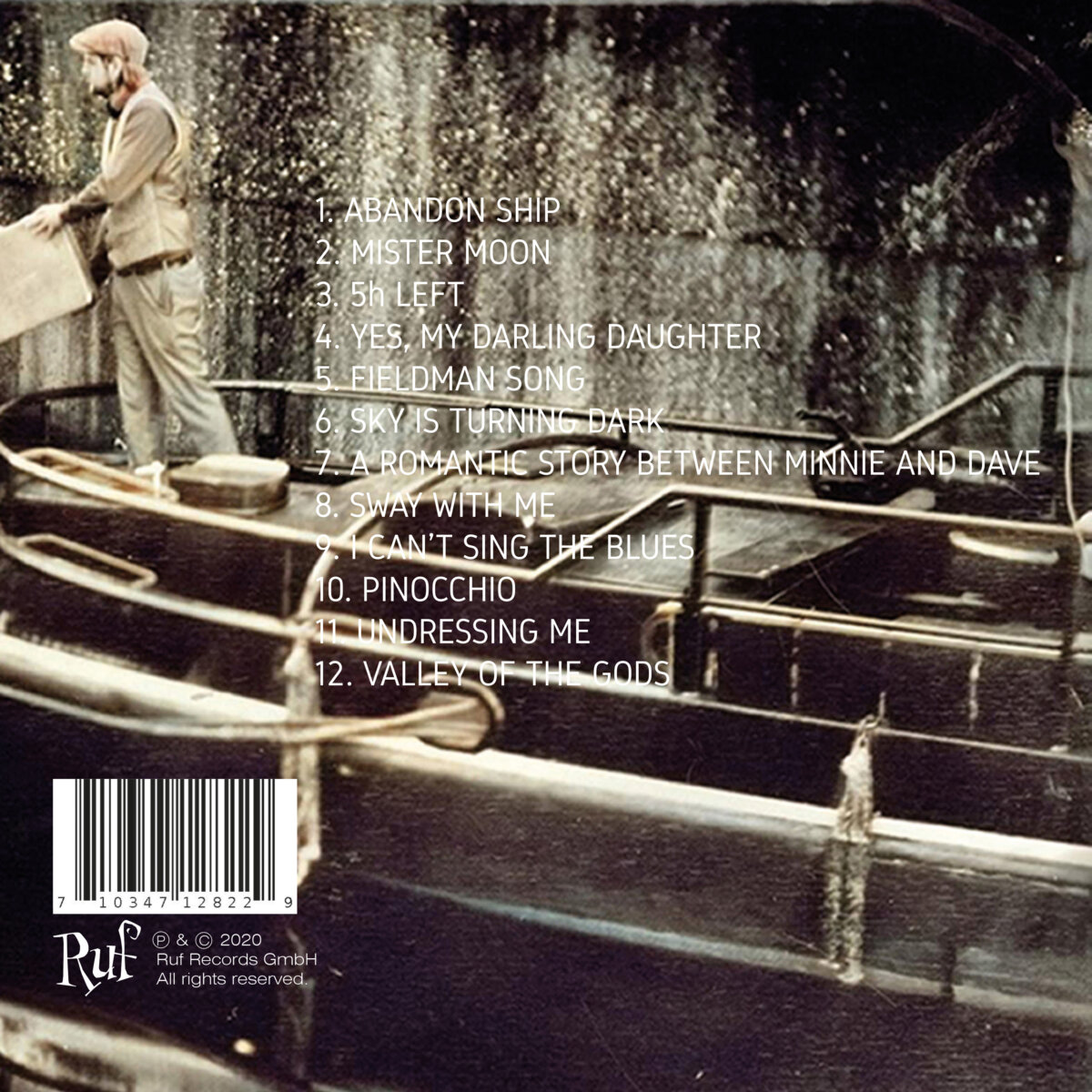