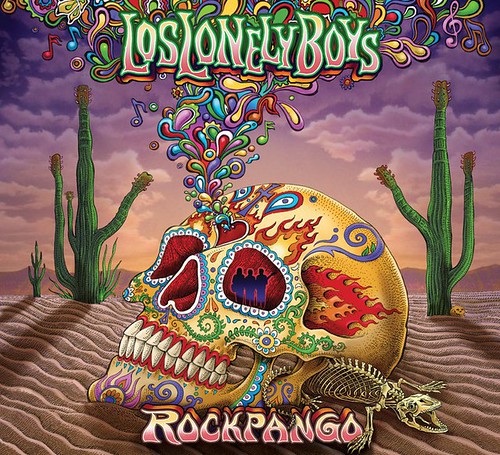 Los Lonely Boys have confirmed the March 29 release of their new album ‘Rockpango.’ A Spanglish word coined by the band, Rockpango translates more or less to “rock party, ” and that’s exactly what the 11-track collection is. The album stands as the most personal work yet by the Grammy-winning Garza brothers-Henry, Ringo, and Jojo-who wrote, recorded and produced it themselves. ‘Rockpango, ‘ which will also be available in a Deluxe Edition featuring three bonus songs, behind the scenes video, and a fold-out poster of the cover art, marks the first full-length studio release of original material on the band’s own Lonely Tone imprint for Playing in Traffic Records.

Since their breakout 2004 self-titled album, which went twice platinum and garnered a Best Pop Performance Grammy for the No 1 hit single “Heaven, ” Los Lonely Boys have toured all over the world, performing roughly 200 shows to more than 350, 000 fans in 2009-10 alone.

Los Lonely Boys On Tour in The Netherlands