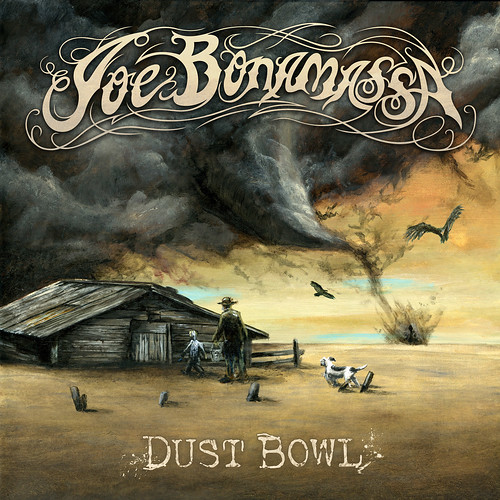 Joe Bonamassa is set to release his 12th full-length solo album, DUST BOWL in the UK on March 21st and in the USA on March 22nd. The album will be promoted on Bonamassa’s forthcoming 2011 Dust Bowl World Tour that will take in America, Canada, Europe, Asia and Australia.

Recorded in sessions at Black Rock Studios in Santorini, Greece, Ben’s Studio in Nashville, TN, The Cave in Malibu, CA and The Village in Los Angeles, CA, Dust Bowl combines the gritty, blues-based tones of Bonamassa’s first albums with the fluid, genre-defying sounds he’s mastered in the years since, plus a dose of Nashville in duets with legends John Hiatt and Vince Gill.

“Dust Bowl,” Shirley explains, “is very firmly rooted in the Blues, but definitely explores the outer reaches of the genre and showcases Joe’s amazing virtuosity as he digs deep into his psyche in some lengthy and blistering guitar solos.”

“This is the best album we’ve ever done,” adds Bonamassa. “I’m finding more inspiration in storytelling in my 30s, in writing songs that are about something more profound than ‘my baby left me.’ I like albums that are made with the right intentions and sound organic and a little rough around the edges, like a great band playing live in the room, and that’s what we accomplished with Dust Bowl.” 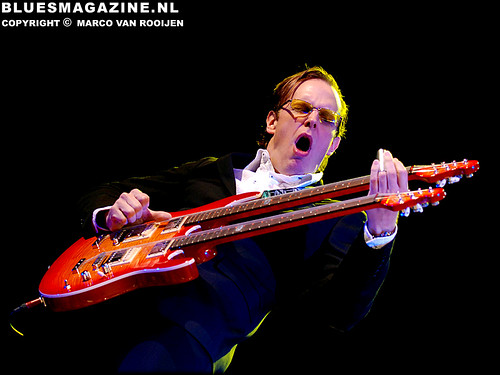 Along with the best of intentions, Dust Bowl benefits from collaborations with the best of Nashville, legends Vince Gill and John Hiatt. Gill lends his signature guitar stylings to the John Hiatt/John Porter-penned “Tennessee Plates,” on which Hiatt duets with Bonamassa. Gill also plays on “Sweet Rowena,” a song he composed with frequent writing partner Pete Wasner. Arlan Scheirbaum, Beth Hart and Blondie Chaplin play on the Michael Kamen/Tim Curry track “No Love On The Street,” and Glenn Hughes sings on the Paul Rodgers-penned “Heartbreaker.”

Other standout tracks include Bonamassa originals that showcase his storytelling, such as the album opener “Slow Train,” an old-style British Blues song, “Black Lung Heartache,” “The Last Matador of Bayonne,” “The Whale That Swallowed Jonah” and the title song “Dust Bowl.”

In support of the album, Bonamassa’s Dust Bowl World Tour includes the U.S., Canada and Europe as well as Australia and Asia, including Japan, Hong Kong and Singapore. Voted “Best Live Act of 2010” by Planet Rock Radio, Bonamassa’s mesmerizing concert experience is set to get even better with the infusion of some of his best new music to date.

2010 was a stellar year for Bonamassa and his best to date. Black Rock was highest charting album. He was called “The Blues Rock Titan” by Guitar World and was honoured twice in Guitar Player Magazine’s 2010 Readers’ Choice Awards winning “Best Overall Guitarist” for the first time and “Best Blues Guitarist” for the fourth consecutive year.

BCC’s debut self-titled album, released in Sept. 2010, entered the UK Album Chart at #13 and #1 in the Rock Album Chart and received rave reviews.

It was placed third best album of the year in the Classic Rock Critics Poll and Planet Rock listeners voted them as #1 Best New Band and Band Of The Year. 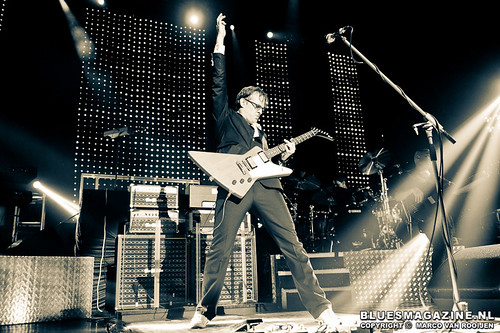