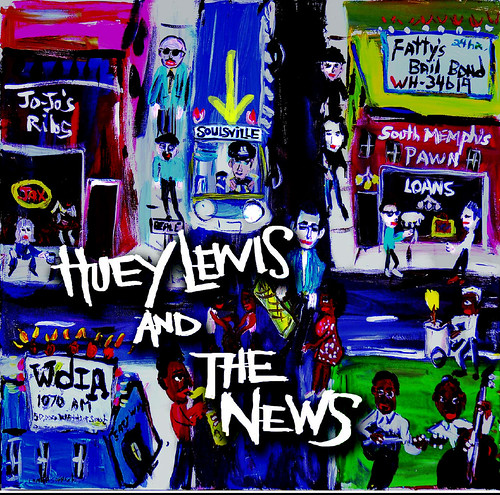 ‘Soulsville’ is Huey Lewis and The News’ first album in nine years and will be released on Proper Records. Recorded at historic Ardent Studios in Memphis, the album features 14 classic songs from the vault of Stax Records, including “Respect Yourself” and “Got To Get You Off My Mind”. Considered to be the preeminent soul music label in America, Stax was home to artists like Otis Redding, Sam & Dave, Booker T & The MG’s, and Isaac Hayes, and produced an astounding number of hit records throughout the 1960’s & 70’s. Ably paying tribute to the rich Stax legacy, Huey Lewis and The News, joined by their long time horn section, capture the energy and excitement of this important era.

‘Soulsville’ re-unites Huey Lewis and the News with co-producer Jim Gaines (‘Sports,’ ‘Fore!’) who worked at the Stax studios as a young man and was involved in many of the label’s original recordings.

“We’re especially proud of the collection.” says Lewis, who has been previewing material from the album while on a critically acclaimed summer tour. “There should be a number of surprises for everyone.”

For the cover of ‘Soulsville,’ acclaimed Memphis folk artist Lamar Sorrento has created a striking, affectionate caricature of a Memphis street corner. Complete with musicians, rib joints, and, of course, WDIA, the country’s first black radio station, Sorrento captures the sprit and energy of Memphis just as vibrantly as Lewis and the News do on their new album.

Huey Lewis on the Web: http://www.hueylewis.com

The Stax Museum of American Soul Music in Memphis, TN will honor Grammy winners Huey Lewis and the News on October 28, with a public reception celebrating the release of their new album ‘Soulsville.’ Huey Lewis will attend.