Neil Young’s 2003/04 Greendale tour with Crazy Horse will be chronicled on Return to Greendale, a live album and film coming out on November 6th. It will be available as a two-disc set or limited edition box set with two LPs, two CDs and a documentary, Inside Greendale, about the creation of the album. 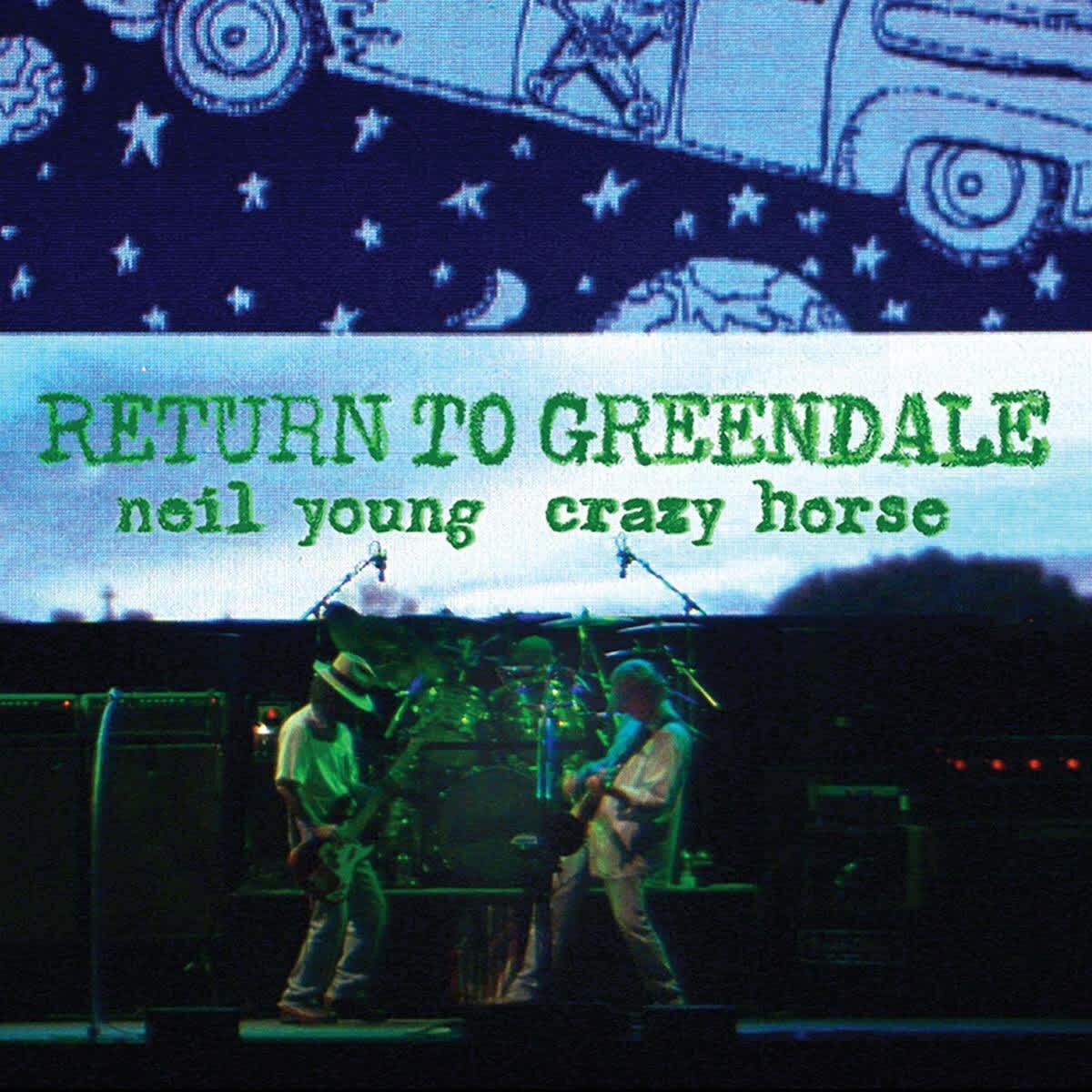 Return to Greendale is the next installment in Neil Young’s Performance Series (No. 16) and features a concert (audio and on film) from the historic and unique 2003 tour supporting the release of the Neil Young with Crazy Horse album Greendale.

On the 2003 tour, Neil Young and Crazy Horse were joined on stage by a large cast of singers and actors to perform the story Neil Young wrote about the small town of Greendale — who are at the center of an impending eco-disaster -— alongside the songs played live by Neil and Crazy Horse. The tour was documented with a concert film, directed by Bernard Shakey (aka Neil himself), and now Neil’s releasing a live album titled Return to Greendale that’s out on November 6, 2020 via Warner Brothers.

The 10 songs from the powerful original album are performed in sequence, with the cast speaking the sung words — adding to the intensity of the performance.

Will be also released as a Deluxe Box Set. The deluxe set includes a Blu-ray of the full concert, two LPs and two CDs, and a DVD of Inside Greendale, a documentary of the album’s creation.