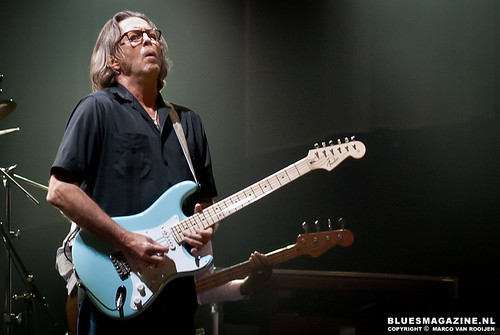 Eric Clapton: “I Hate My Singing!”

Eric Clapton’s 19th solo studio album emerges on September 27. Pithily entitled Clapton, it’ll have anyone who thought the guitar maven washed up and dried out performing a neck-snapping double-take. With collaborators including J.J. Cale, Wynton Marsalis and Allen Toussaint, Clapton mines vintage blues and jazz styles plus standards including Hoagy Carmichael’s Rocking Chair and Irving Berlin’s How Deep Is The Ocean?, while delivering his first Clapton original – Run Back To Your Side – since 2005. But as he reveals here to MOJO pal Johnny Walker, this startlingly intimate and joyous record grew out of stalemate on the album he thought he was making. “If it’s a surprise to the fans,” says Clapton, “that’s because it’s a surprise to me as well…”

Read the complete interview by Johnny Walker on mojo4music.com

Eric Clapton talks about his new album in the following video interview on link.brightcove.com