Blues Traveler has announced the release of their new studio album Traveler’s Blues on Round Hill Records, a collection of re-imagined and re-charged classics from The American Blues Songbook, set for release on July 30, 2021.

Now, Blues Traveler are taking a leap forward on their fourteenth full-length album, Traveler’s Blues (Round Hill Records). This time around, the quintet—John Popper (vocals, harmonica), Chan Kinchla (guitar), Tad Kinchla (bass), Ben Wilson (keyboards) and Brendan Hill (drums), along with a few guests have made the record they were always meant to make, an eleven song album… something old, something new, something borrowed and something blues. 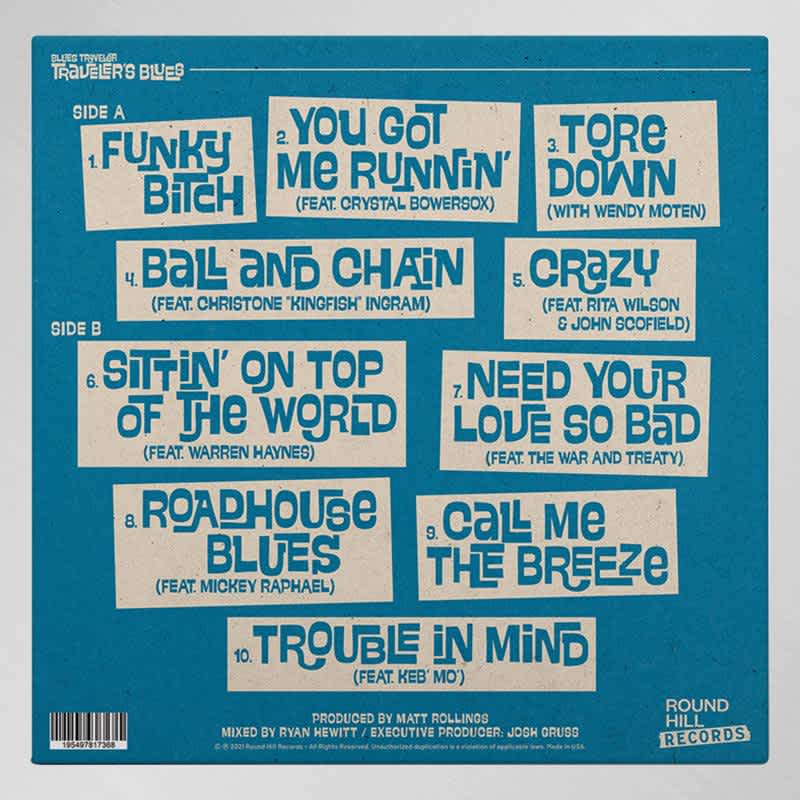