Take Root 2018 was celebrating its 20th edition. Vowie & gratulations. De Oosterpoort in Groningen was again the grand venue. By the luminous and hooky line-up there was something for all Americana-/Roots-Rock/Singer&Songwriter-/Blues- and Country-Freaks to be discovered. The sides-attractivities besides music was a great variety of food offerings also compromising specialities of the South of the U.S and several bars. 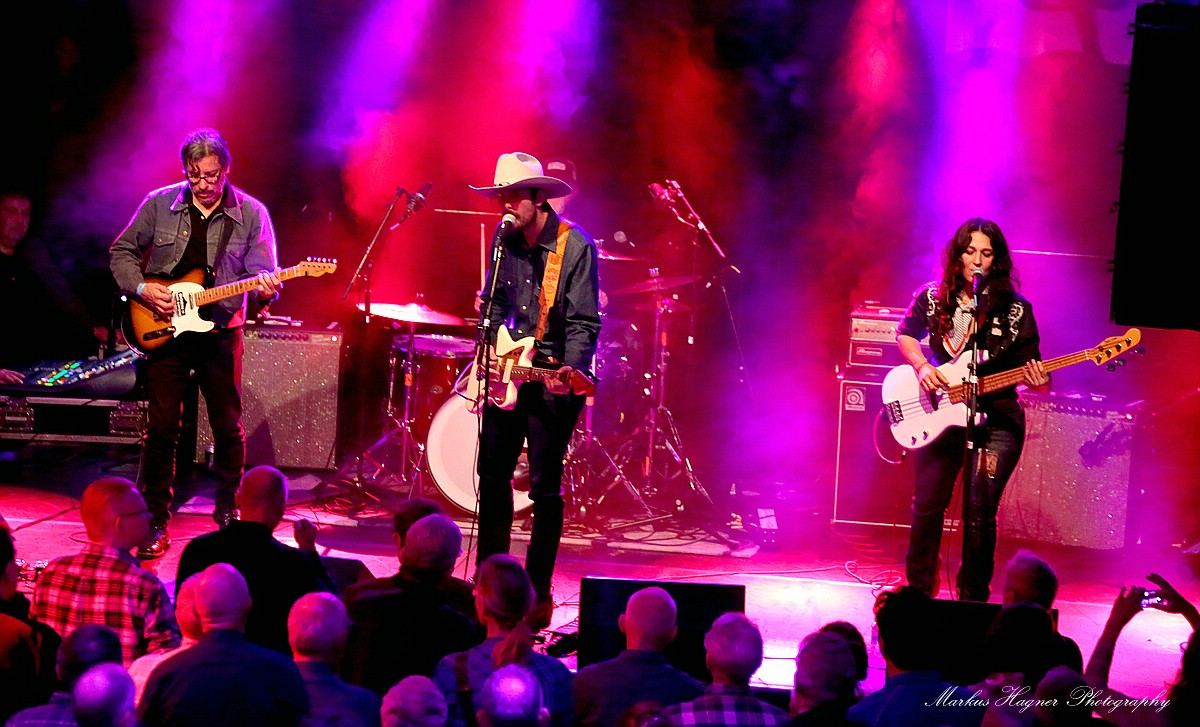 Garrett T. Caps and his band The Three Timers who is proud to entitle himself a native of San Antonio, Texas was starting in the foyer. He manifested this also by his song “Born In San Antone“. The bass-lady Jeannette Apolinar was besides her rhythms-skillfulness an eye-catcher. The flight director on a mission known as “NASA Country“ was to enthuse by his mix of country-tex-mex-rock*n roll. 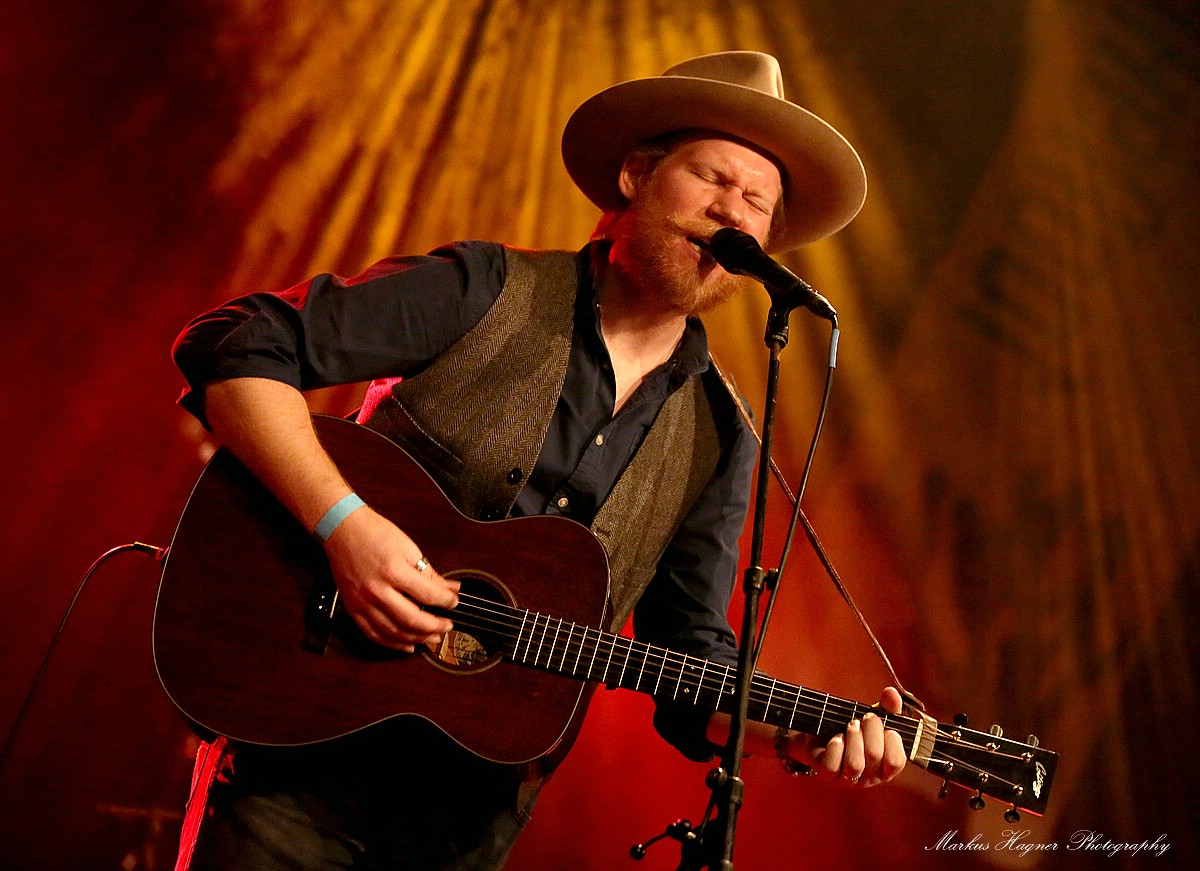 The Texas conspiracy continued by Jarrod Dickenson. He created by his soulfoul country- & singer-songwriter americana goose-bump-moments by his dark voice in duet with angelic singing Wardy. A first, afternoon-houred culmination of the festival. 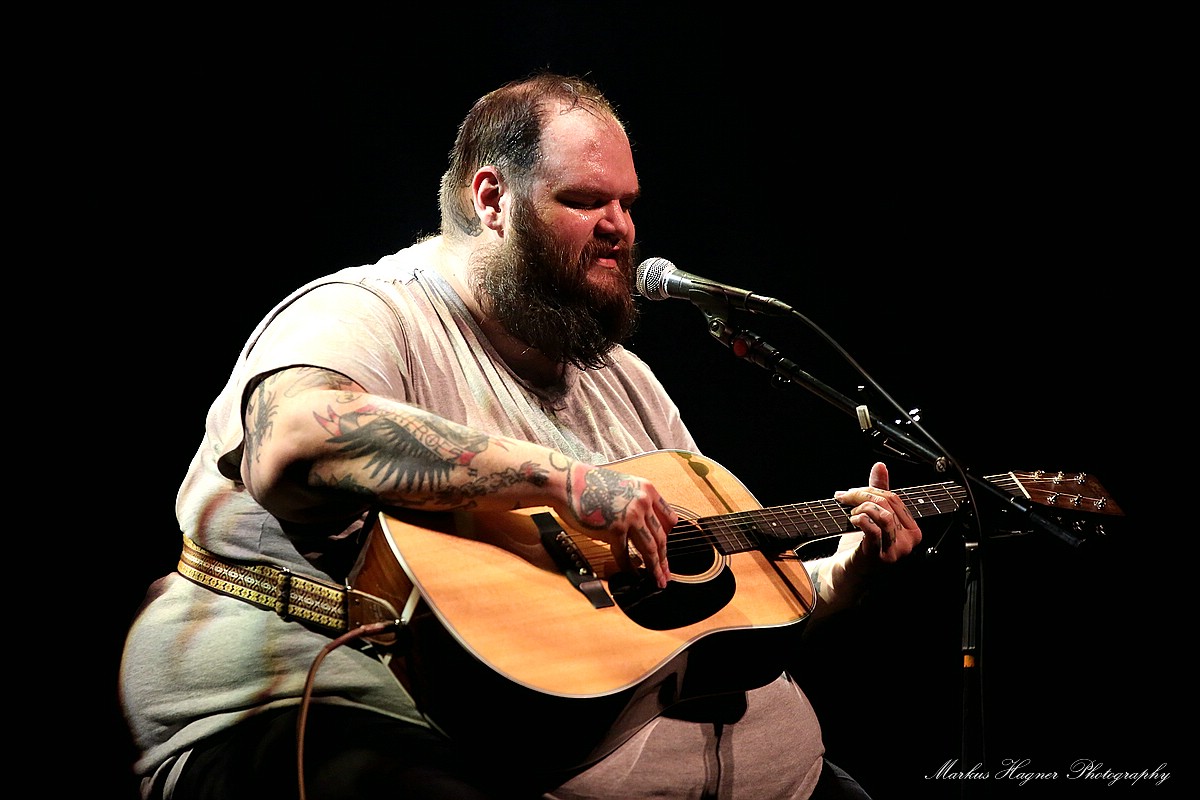 John Moreland’s musical origins were punk and heavy metal oriented. As his big love is for Kentucky his appearance in the Grote Zaal was solo and into his devotion for countryesque singer-songwriter tunes. The heavyweighted man was to put a spell on the auditorium by his sensitive, darker voice and specially his fingerpickin‘ extragavances on acoustic six-string. 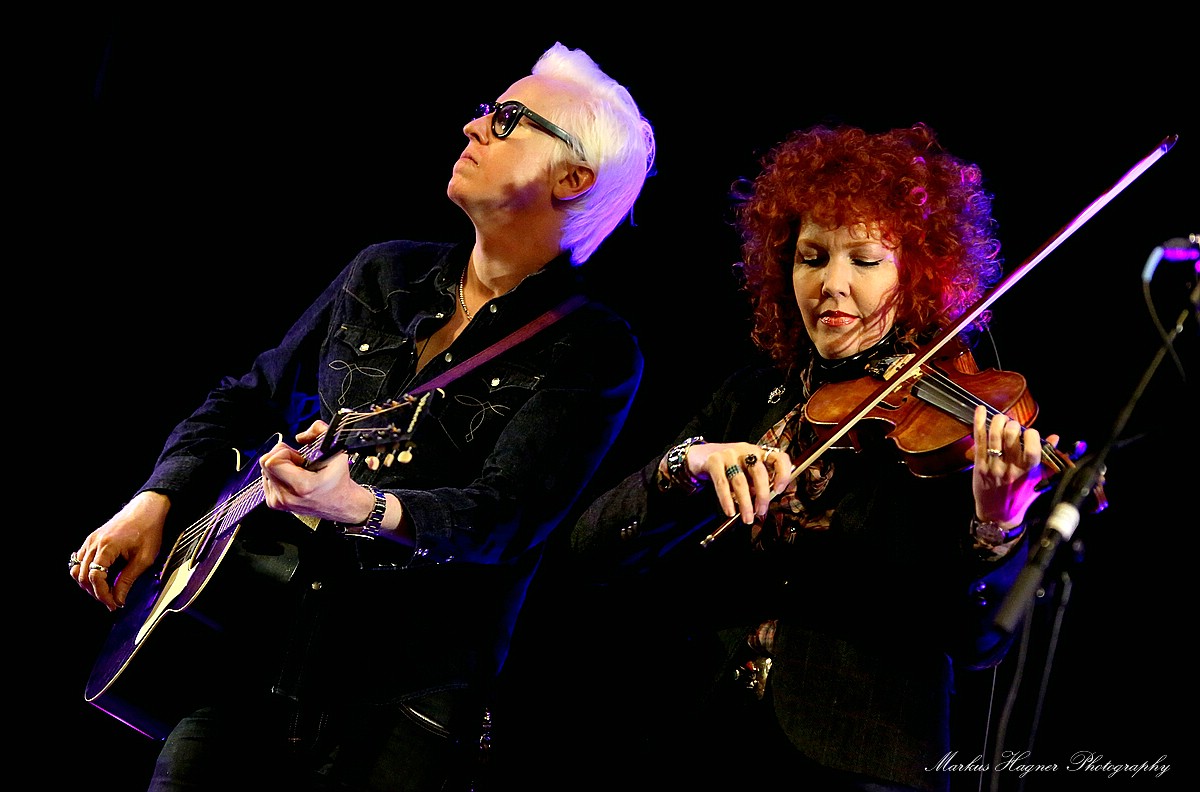 The Mastersons were to perform in the small, intimate Attic. Chris Masterson & Eleanor Whitmore are off course very well known as outstanding members of the band of Steve Earle. It was specially the duett-canto by them and the violin-solos of Eleanor to ensorcell. Traditional country music of the American South live. 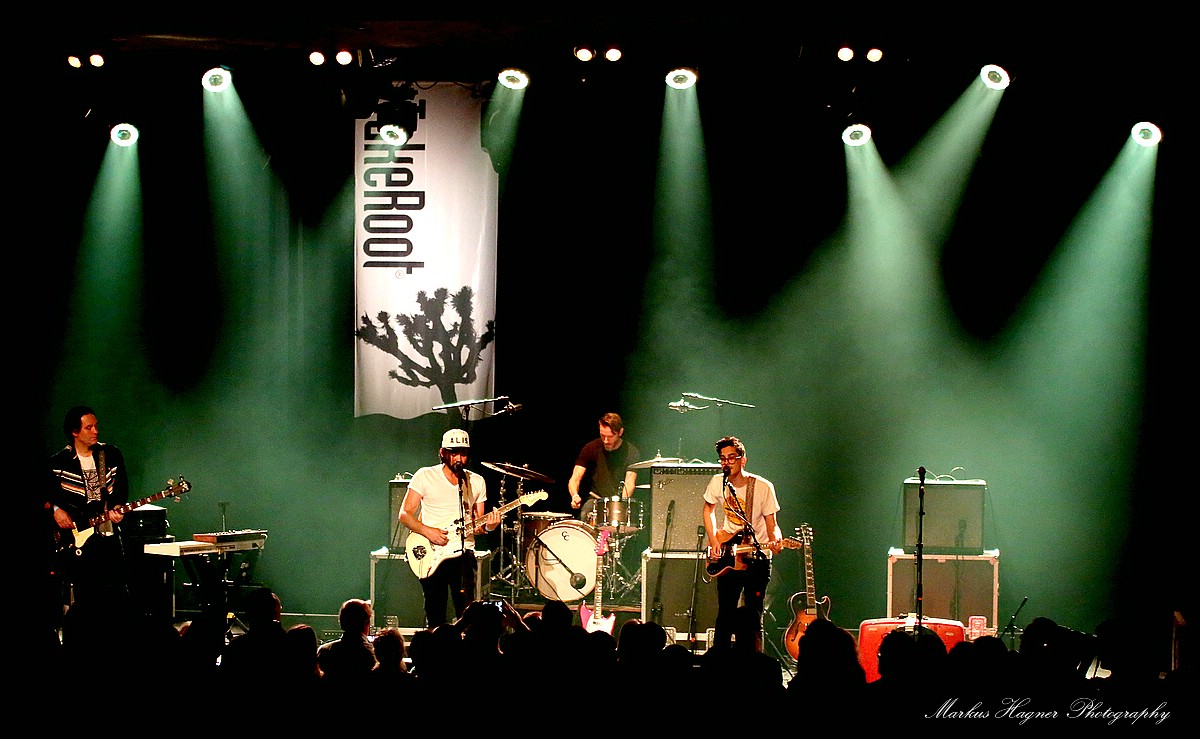 Shakey Graves born as Alejandro Rose-Garcia was opening his set solo before his bandmates joined in. By his outfit he ressembled the typical American trucker with baseball cap and body-shirt. He really was to mystify by his sweet and striking voice. By his guitar-escapades he was taking his listeners on a trip of country-rock’n roll and a buckshot of desert rock across the highways of America. Shakey Graves was to “Roll The Bones“ in the Kleine Zaal. 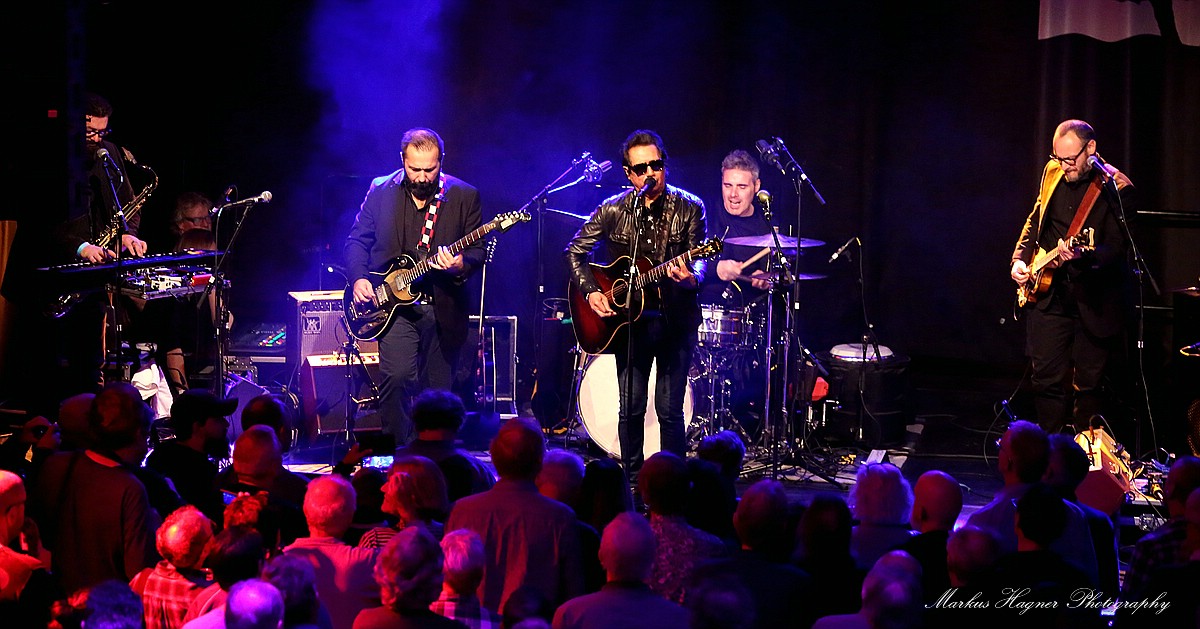 Escovedo the family is definitely a perception for music-lovers and their outstanding maestro Alejandro Escovedo was to hoodoo in the foyer. He was escorted by great Italian band-friends Don Antonio. The niece of Alejandro is legendary Sheila E. by the way… A dark-timbered tex-mex-americana-rock‘n roll party was struttin‘ and absolutely in the gusto of fans of Tito&Tarantula. 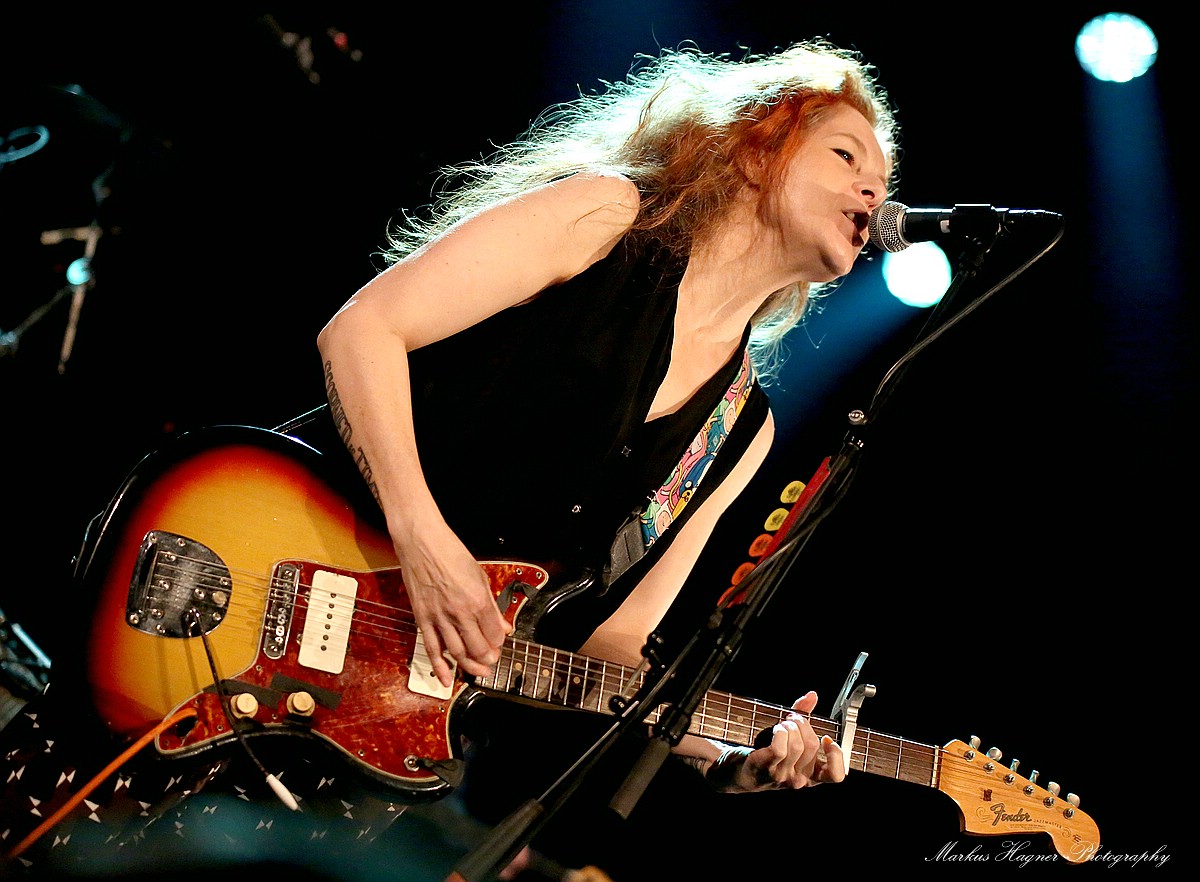 Neko Case was to alternative-rock by “Last Lion of Albion“. By the title track of her latest opus “Hell On“ the red-haired beauty shaped by the intro a dreamful pop–sphere before the song developed its haunting, mystical moods and revelries. Her fans were highly thrilled and captivated from the very first till the last tune.
Jon Rauhouse was ever so virtuoso by his slide- and pedal-steel guitar solos specially by “Furnace Room Lullaby”. The two female background-ladies Rachel Flotard as rockin’lady, also contributing rhythm-electric guitars and Kelly Hogan as sensitive chanteuse were an absolute enrichment to the live-sound. Neko Case and her six-piece band were to hoodoo and for many fans the wizardry-highlight of Take Root 2018! 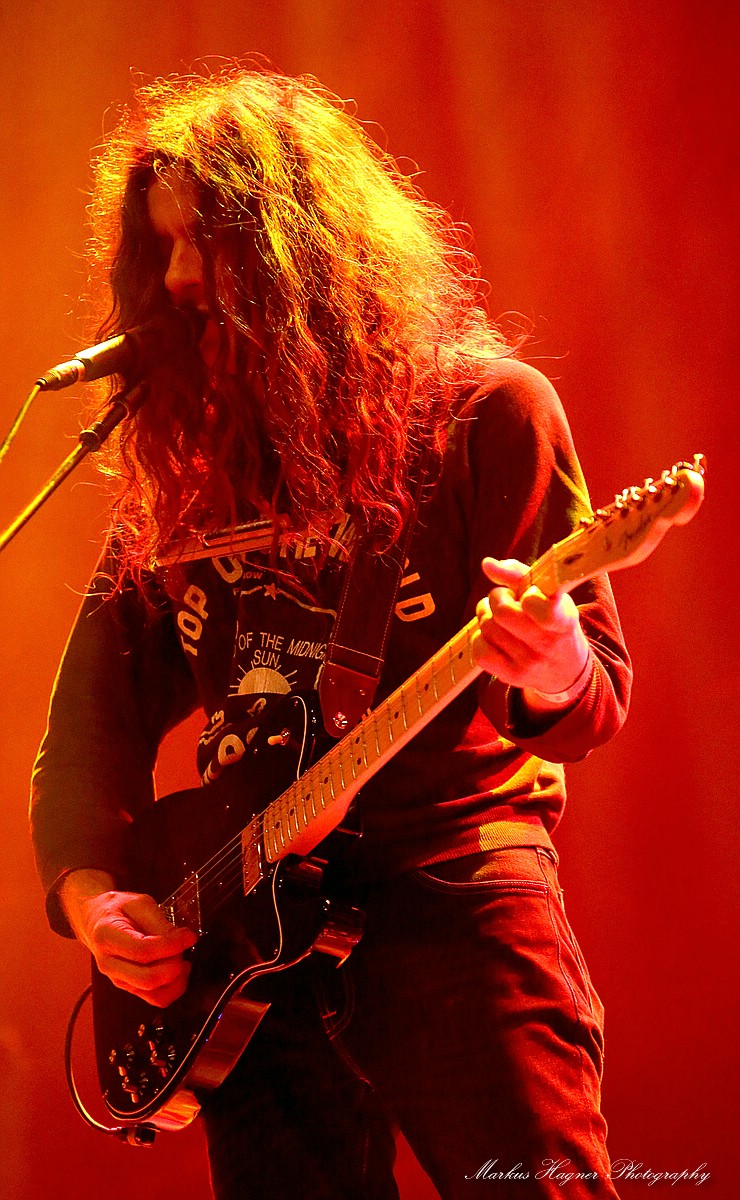 Kurt Vile & The Violators was by sound playing proverbially “Into The Great Wide Open“ and to render homage to iconic Tom Petty – R.I.P. He was shrouded in gloomy light and by his dark, gothic-spirited rock with bluesy traces all fans of Neil Young were also amazed. The freaks turned by passion the big saloon into a ghostly tollhouse.

Mattiel Brown was as Atlanta based artist to cheer up the party-folks by her energetic rock’n rollin‘ alternative-rock with a mélange of blues and funk and hit character on top. No feet were standin‘ still by the heaty-rhythms by the top-notch “Bye Bye“. The party was on fire. 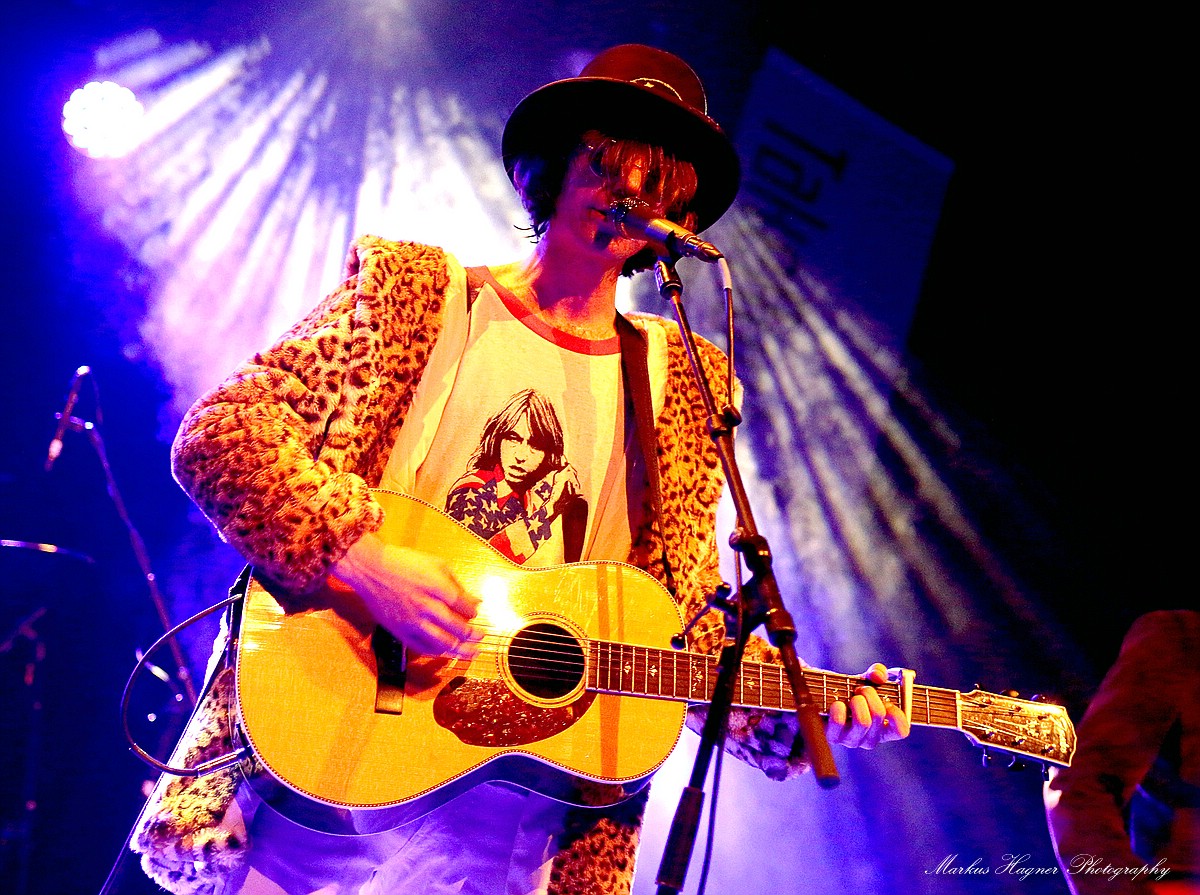 Aaron Le Tasjean was dressed up like a sloping-bird and he continued to keep up the party-moods by singer-/songwriter tunes featuring modern alternative melodies and funky grooves. 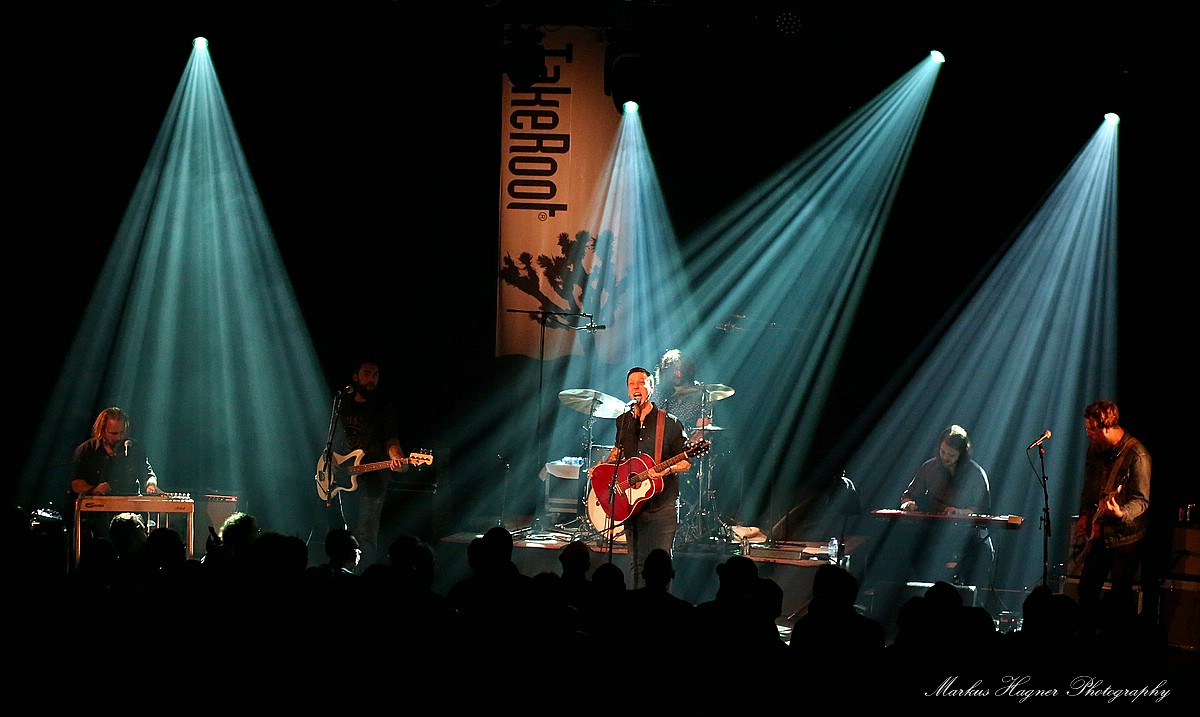 American Aquarium is by the new line-up a band to be entitled mastermind BJ Barham and some musicians. Though very good ones the spotlight is musically definitely in 2018 nearly only on him. Soulful country-folk with a rockin‘ spirit was making the fans to enjoy it and to be aware by texts of the little daily beauties. 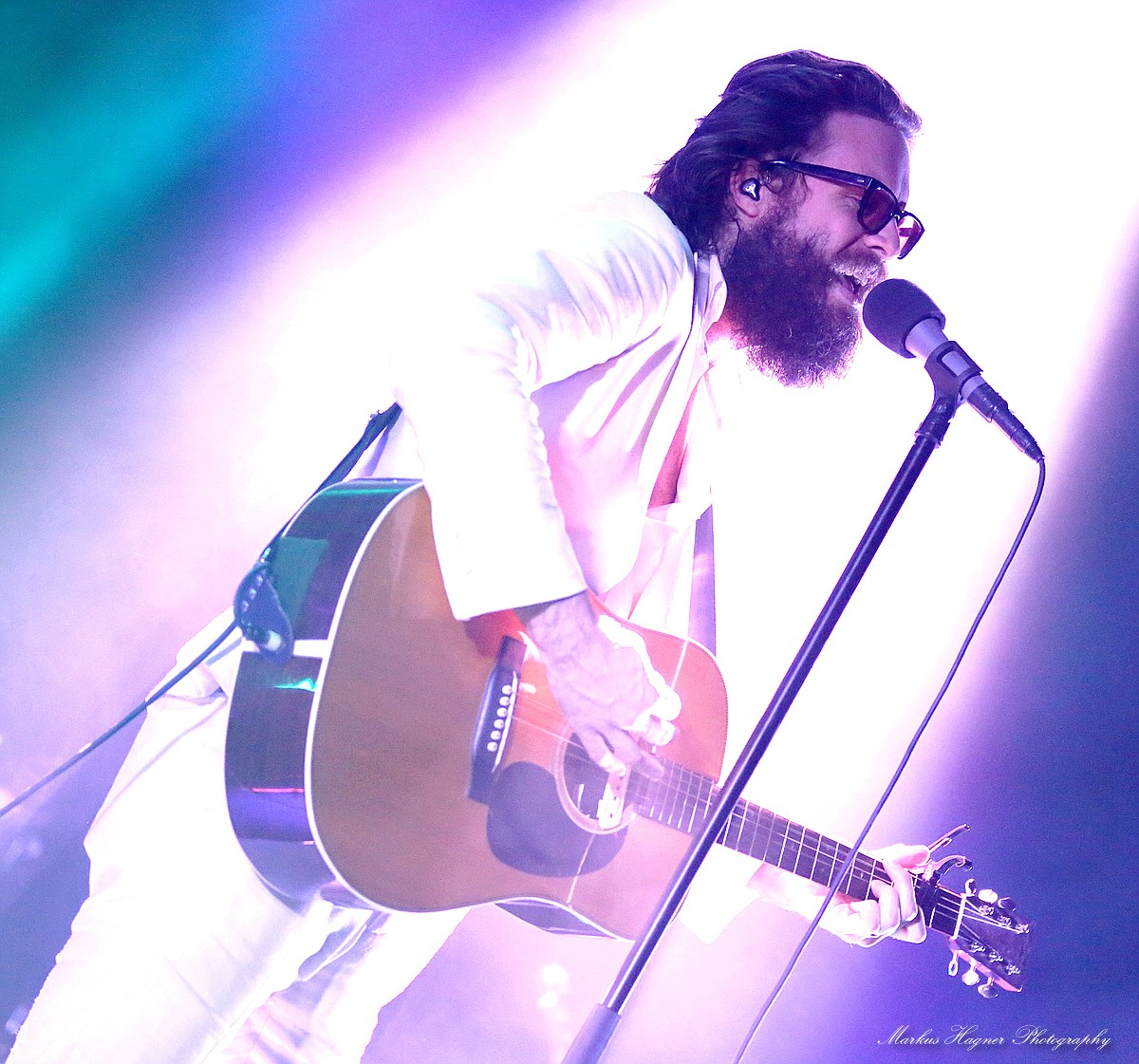 Father John Misty as headliner in the big zaal was maintaining the fiery party-vibe on high flame by his sweeping, rather calm by melodies singer/songwriter song-lyrics and melodies. He was dressed up in total white and when he was dancing in the dark he was acting like a narcissist beau. His great big band, specially the guitarist and keyboarder were to spice up the tracks by their rockin‘ vibes. The creative light-show was specially during the later period of the show just sensational, damn that the management ordered the security to prevent photos then.

The honky-tonkin‘ country rock’n roll extravaganza close to midnight by Sarah Shook & The Disarmers was the grand, hotter than hell final for many freaks. Sarah was to kick ass by her hot explosive vocals with a hillbilly twang. Eric Peterson on lead-guitars and Sarah where to whoop it up by their axe duels specially by “Damned If I Do, Damned If I Don’t“ or “ Keep the Home Fires Burnin’“. Phil Sullivan on pedal steel was taking care for typical guitar-country sounds, specially by “Fuck Up“. Keep an eye on Sarah Shook & The Disarmers musical rattlesnake-voodoo.

By six diffent playing locations in De Oosterpoort pls. excuse, but it was not possible to review and photograph all acts.

Take Root 2018 was a blast again! This years edition was hell of an ear and visual candy and was phenomenal by its live-atmosphere. By several more unknown acts all festival-attendees could explore on top unknown gem-bands besides their favourites.

Next Edition of TakeRoot on 02 November 2019 a must to be bookmarked for genre music lovers in their calenders!
Pleasure to meet all the lovely fans again… Take care and stay healthy. 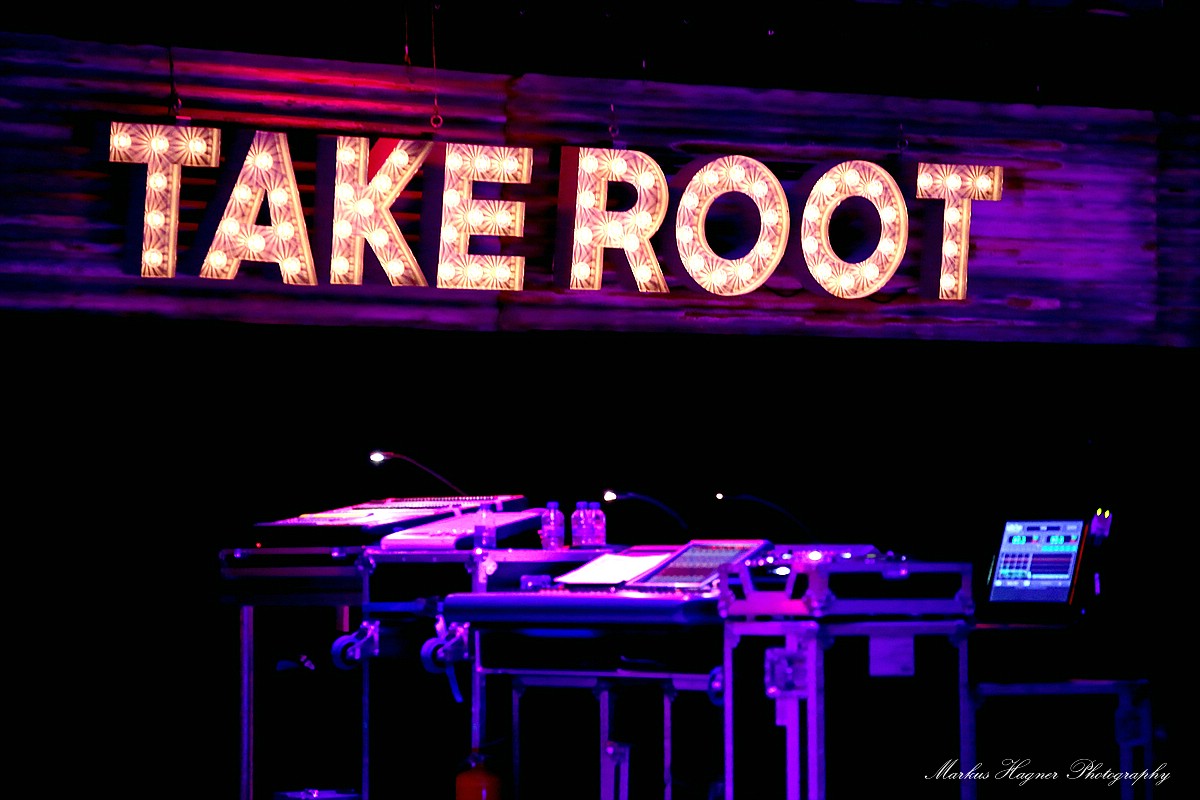 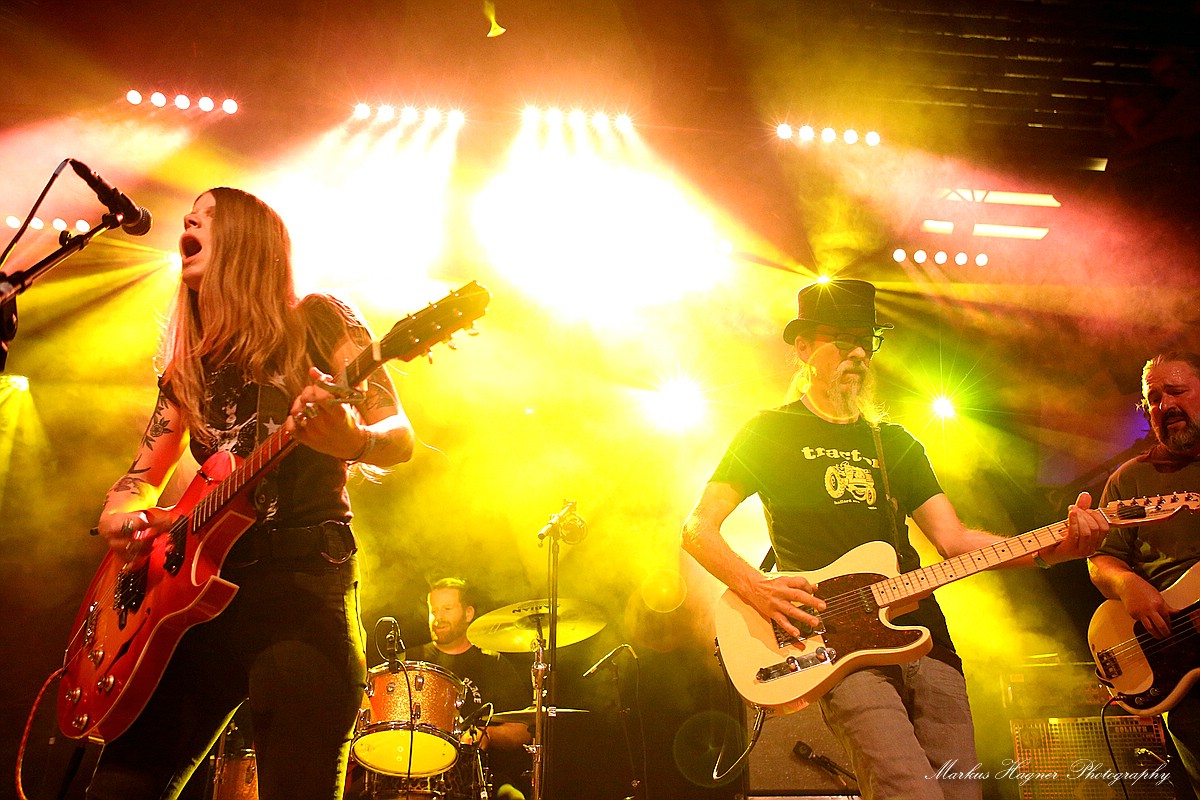 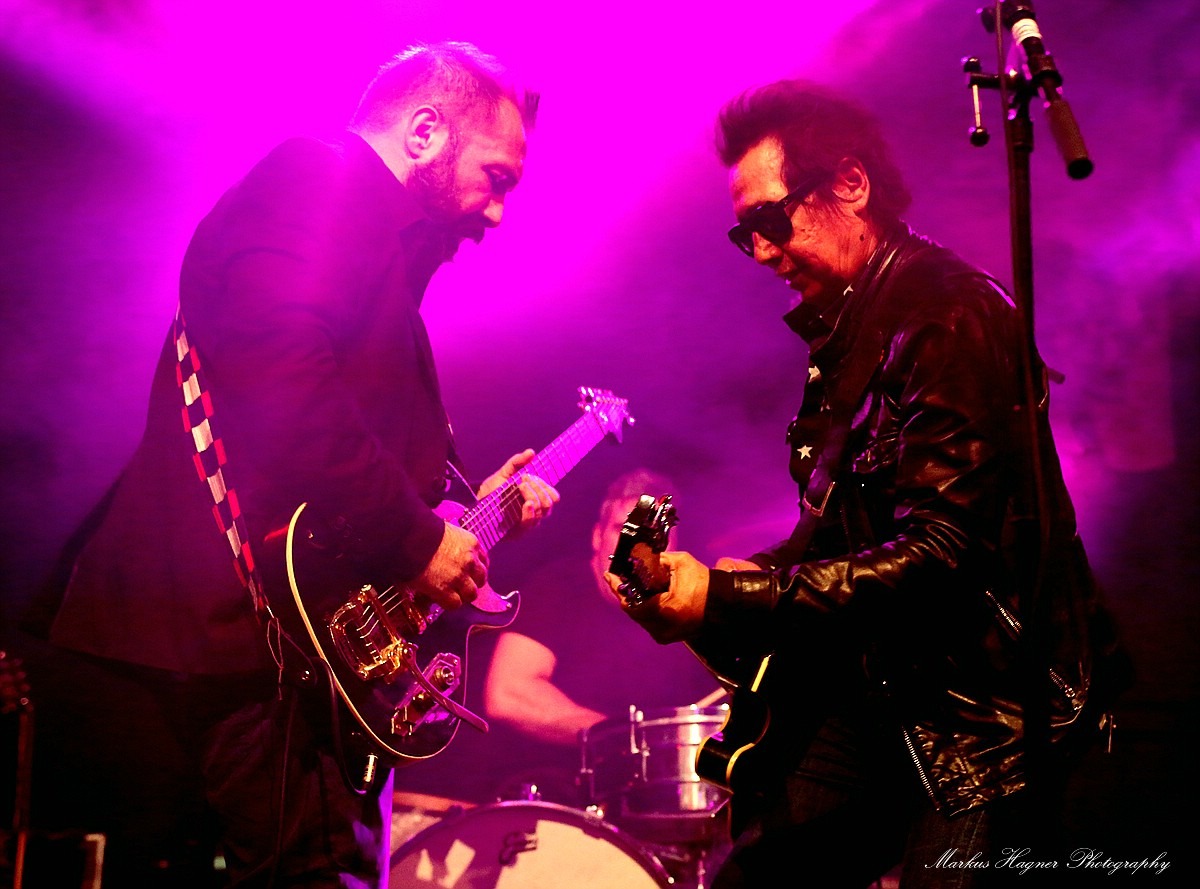