What happens when a few of Canada’s most in-demand session musicians decide to create something new?
….you get ‘The Hello Darlins’

A group with an impeccable pedigree poised to shake up the Americana and Roots music scene with a release of their new single “Still Waters”, featuring Matt Andersen.
The concept of The Hello Darlins first took shape back in 2016. Starting when Calgary-based vocalist & producer, Candace Lacina, and keyboardist & producer, Mike Little (known as MFL), crossed paths after first meeting at a recording studio six years earlier. 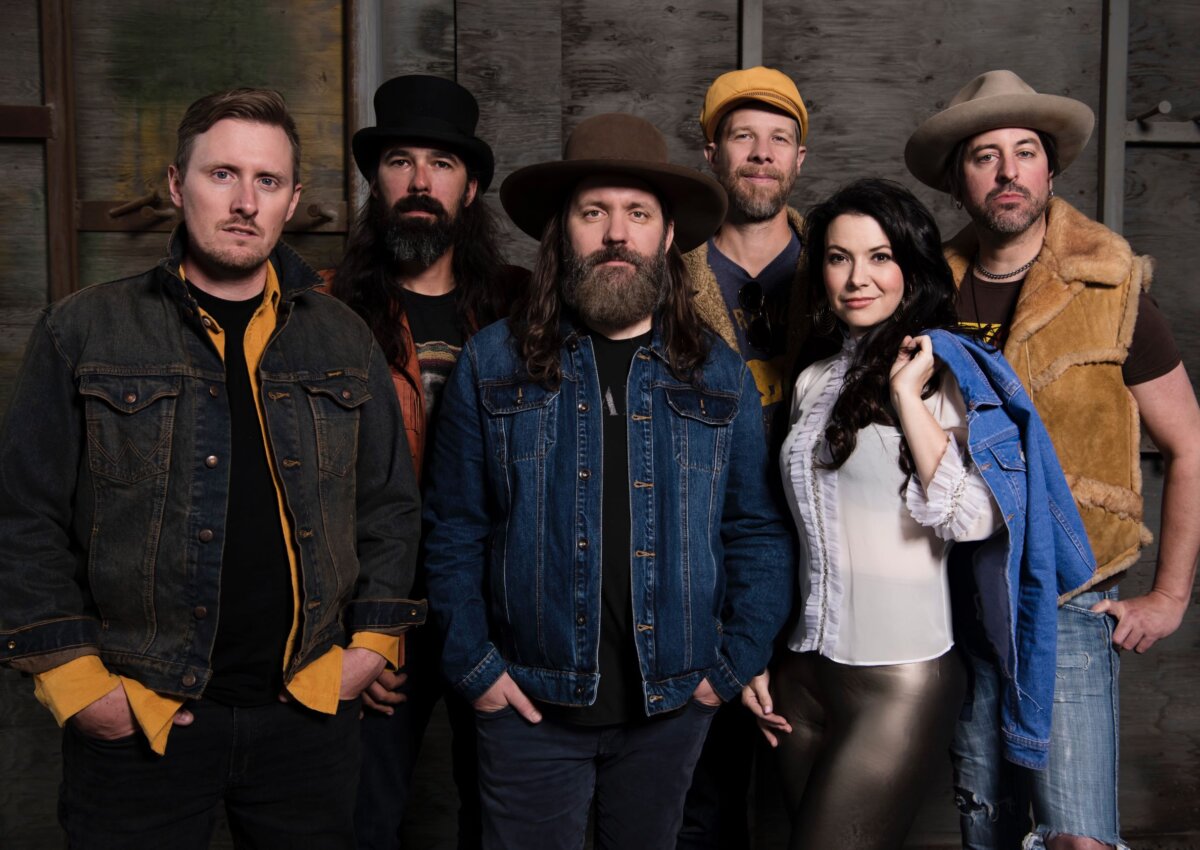 After reconnecting, they soon found themselves making music together in between their work with other artists, which includes an impressive list that ranges from Shania Twain to Charlie Major, The Road Hammers to George Canyon as well as the late B.B. King.
Through ‘The Hello Darlins’, Lacina and Little, along with a powerhouse cast of professional studio musicians, combine all of their skills and influences to forge a distinct hybrid of country, gospel and blues like no other.

“We thought it would be fun to put together a band with long-time, professional musicians who are often the people ‘behind the songs’ you hear on the radio,’” Candace explains. “It’s a ‘collective’ – with friends and special guests. It’s like the Broken Social Scene of Americana.”
“We write and play for a lot of great artists and we’ve always been IN the band. It’s fun to have a killer project with our friends – who also happen to be really incredible musicians.” says Mike, who is particularly regarded for his prowess on the Hammond B3 organ. “In the spring of 2019, we got together with some fellow writers including Clayton Bellamy and Murray Pulver and started making demos. Right away, the combination of the songs and harmonies, and the authenticity of playing with real instruments really resonated. We all felt that this was something special.”

Along with recording at their own studio in Calgary, The Hello Darlins have been laying down tracks with bandmate & co-producer, Murray Pulver (Crash Test Dummies, The Bros. Landreth), in Calgary at Studio D, and at Winnipeg’s Stereobus – one of their frequent ports of call for producing and session work.

“MFL and I have written and produced together a lot, but never for our own stuff,” Candace says. “It’s scary, and brings up a lot of emotions but it’s also freeing to work with people you trust. We stay focused on just putting the music first and having a good time. We want songs that convey a feeling, a spirit …and stay very real.”

That’s certainly true of the first release of a single slated for May “Still Waters” featuring Canadian artist and Americana-Blues legend – Matt Andersen. The single, written by Lacina, Little and Bellamy perfectly encapsulates the spirit of The Hello Darlins and staying true to what is real – right now. With the album release plans and a cross-Canada tour now being pushed to a later date due to the sudden global pandemic, The Hello Darlins are charting a different course for releasing music this year.

“We decided on this song as the first single because it’s about patience, resolve, and most importantly connection with one another.” says Candace. “We wrote Still Waters, about a kind of peace that only comes through reflection, stillness… and just going with the flow.”, she laughs.

“It’s also deeply meaningful to us that our friend Matt Andersen is sharing this track. When we first heard him sing the song, I burst into tears! It’s like he breaks your heart, and gives you hope all at the same time.”

Making music influenced by times of joy and sorrow is natural for Candace and Mike, since that’s been a part of their lives for as long as both can remember. Their studio, unofficially titled “The Legion Lounge” with a motto “Serve the Song” is a space that pays tribute to their Veteran grandparents “My 94 year old grandmother just told me the other day, that this time reminds her of the war. It was uncertain, and you weren’t sure what you could look forward to – so you just made music. There was joy in it.” Candace’s grandfather was a jazz and bluegrass musician, who played in a Legion polka band, while Mike’s grandfather was a composer and his grandmother was a classical singer who performed with the Winnipeg Orchestra.

It all adds up to The Hello Darlins preferring to add the great “North” to the Americana genre, a more than symbolic gesture in keeping with their musical vision that will continue to be revealed throughout this year – ahead of their full-length album, “Go by Feel”.
Based on what they’ve offered with “Still Waters” – including a rapidly growing fan base and a run of sold out shows earlier this year – the album can’t come soon enough!

The Hello Darlins are releasing two singles and a full length album titled “Go by Feel” in 2020. The project is currently in mix-phase with the first mastered single being prepared for release in May 2020. All songs are written and co-produced by Candace Lacina and Mike Little from Calgary, Alberta. The production focuses on real instrumentation that supports the lyrics, soulful melodies no vocal tuning.

The Hello Darlins are usually a 5 or 6 piece band, but have performed as a duo – up to a 9 piece collective. The musicians are all studio-level players, who can perform a variety of instruments as well as sing harmonies and leads. The project is fronted by female lead vocalist, Candace Lacina, who’s stage presence and high energy cultivate crowd engagement. A memorable aspect of a Darlins show, is that each member of the band takes turns performing various songs.