The founding member of Toto, Lukather will showcase his innate feel for rock and jazz guitar music, along with his song writing talents. The new album is laden with extraordinary guitar playing performed across some of the best and most emotional songs of Steve’s career.

Fee Waybill of the Tubes is featured on backing vocals and contributes to some of the co-song writing with CJ Vanston and Lukather.

“I’m very excited because I have some great new music,” says Lukather. “I am trying for a personal best and working very hard on all aspects of music. It’s a journey that’s for sure.”

For over 30 years Lukather has been known as one of the founding members of the multi million selling band Toto. He has played on hundreds of albums with the biggest stars and music legends including Van Halen, Whitney Houston, Alice Cooper, George Benson, Rod Stewart and even played guitar on Michael Jackson’s multi-million selling milestone album ‘Thriller’.

Along with several Grammy Awards over the years, in April 2010 he received the international Eddy Christiani Award for 33 years of guitar mastership. 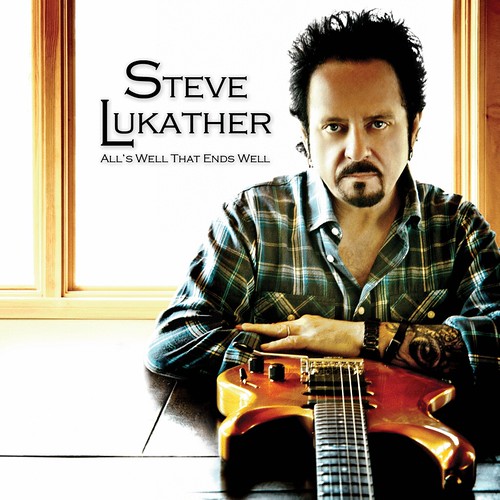 To coincide with the release of the album, Steve will embark on a European tour in November that will take in concerts in Belgium, Holland, Germany, Italy, France, Switzerland and England. The concerts will showcase classics from his all his solo albums, Toto, plus tracks from his new album.

The making of All’s Well That Ends Well