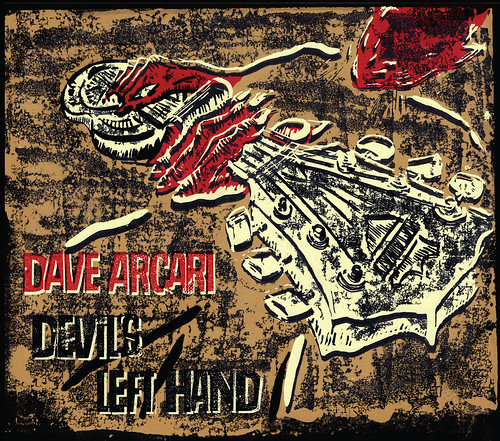 DEVIL’S LEFT HAND – the new album from UK alt.blues artist Dave Arcari – is released on Buzz Records on Monday 1 November 2010. The album is Arcari’s third full-length release on the label and he will be promoting the album with a UK tour through October and November.

Devil’s Left Hand features eight Arcari originals along with his own interpretations of Johnny Cash, Muddy Waters and Robert Johnson material. And following the success of his version of Robert Burns’ Parcel of Rogues on his last album (Got Me Electric), Arcari has put music to, and recorded, another of the Scottish National Poet’s poems MacPherson’s Lament for this album.

Dave Arcari’s National guitar-driven alt.blues owes as much to trash country, punk and rockabilly as it does pre-war Delta blues. However, although his uncompromising bottleneck style and National steel guitars drive the majority of the new album, there’s a couple of little surprises on Devil’s Left Hand which see him play Telecaster in regular tuning on Trouble in Mind – and the closing track Dragonfly is played on a home-made diddly bow and features a heavy drumbeat courtesy of session engineer and former Delgado Paul Savage.

Over the last year Arcari has played to audiences at Glastonbury Festival, Belgium’s Peer Festival (alongside Jeff Beck, Joe Bonamassa and Steve Winwood), BluesAlive in the Czech Republic and Poland and a series of headline shows in Finland, Estonia, Germany, Ireland as well as across the UK. 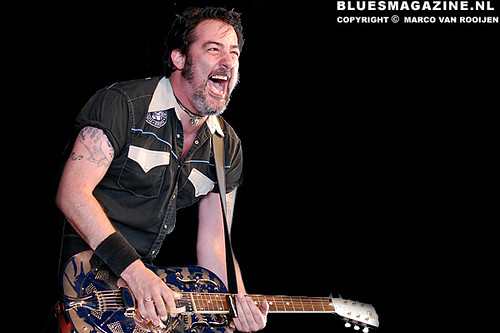