Nearly a year in the making and brimming with a newfound focus on original material, “Already Free” is The Derek Trucks Band‘s natural evolution as they move forward integrating influences that span a variety of musical genres. Known for their blues roots, the group takes this album well beyond blues to incorporate the larger sounds of rock & soul. “Already Free”, features a stirring cover of Bob Dylan’s Down In The Flood as well as the new songs, Down Don’t Bother Me and Get What You Deserve. Guest appearances on the album include vocals from Susan Tedeschi and Doyle Bramhall II. 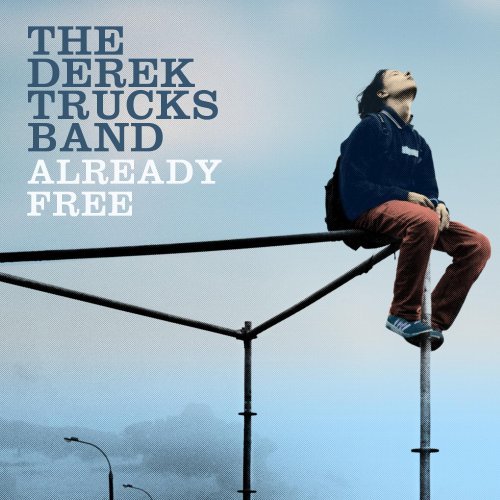 “Three things worth knowing about Derek Trucks: He is young, he is a veteran, and he is the most awe-inspiring electric slide guitar player performing today.” -Ashley Kahn, Wall Street Journal

“One of the best guitar players out there.” -Willie Nelson

“The spiritual poise and uncanny vocal fire of Trucks’ solos and slide flourishes are rooted in his deep studies of not just blues but jazz and Indian music.” -David Fricke, Rolling Stone

One of the most critically acclaimed guitarists and the youngest musician to be named in Rolling Stone’s list of the Top Hundred Guitarists of All Time, Derek Trucks has completed his much anticipated sixth studio album with The Derek Trucks Band, Already Free, available January 13, 2009. As well, the album’s first single, a stirring cover of Bob Dylan and The Band’s “Down in the Flood” from the album The Basement Tapes, is set for release November 4th.

The album was self-produced by Trucks and recorded in his Jacksonville, Florida home studio. Nearly a year in the making and brimming with a newfound focus on creating original material, Already Free is the band’s natural evolution as they move forward integrating influences that span a variety of musical genres. Known for their blues roots, the group takes this album well beyond blues to incorporate the larger sounds of rock & soul.

Over the course of several albums, various bands and countless tours, Trucks has explored an exciting array of musical styles. On Already Free, Trucks has written original songs and reinvigorated old ones, introducing a profound new vision. One hears blues, soul, jazz, flourishes of world music from afro-beat to qawwali, even the advanced tonalities of the modern European masters.

“This album was completely organic. We had no expectations. We just came down and started writing. Then one thing led to the next. I had all this time off so I just started calling up friends. And once the process started rolling and once we realized that we were onto something, we were writing tunes and all the sounds we were getting were amazing and it was starting to feel great. It felt like something was happening and we wanted to keep throwing musicians on the fire,” said Trucks of making the album.

The band, which consists of Derek Trucks on guitar, bassist Todd Smallie, percussionist Count M’Butu, drummer Yonrico Scott, keyboardist Kofi Burbridge and singer Mike Mattison, was joined by their famous friends — pals like Doyle Bramhall II, Oteil Burbridge and Trucks’ wife Susan Tedeschi can all be heard on the album.

Bramhall takes over the vocal duties on the two songs, “Maybe This Time” which mixes languid guitars and Eastern flavor and “Our Love,” a companion piece with the piercing guitar riffs signature of Bramhall/Trucks collaborations.

The album’s first single, “Down in the Flood” from Bob Dylan and The Band’s album The Basement Tapes, has almost more relevance now, post Hurricane Katrina, than when Dylan wrote it in 1967. “I think it really turned out to be one of the most powerful tracks on the record. I think lyrically it’s pretty timely. Crash on the levee, down in the flood, are so significant post-Katrina. There are some good metaphors, as there are in most Dylan tunes,” says Trucks.

True to form, the album also features Trucks’ electrifying slide guitar handiwork that at the tender age of 29, has garnered him much accolade, including the cover of Rolling Stone Magazine which hailed him as one of the New Guitar Gods.

“I’m beginning to believe the young guitarist Derek Trucks may be the best at his instrument I’ve ever heard. I was awestruck by his brilliant facility, but his dazzling fingers almost mask his even-more-impressive musicianship… rich death-defying licks infused with a catalogue of influences,” says Harry Smith of CBS News.

Raised in a home filled with music, Trucks picked up a guitar at nine and was quickly considered a guitar prodigy. He has gone on to a storybook guitar career playing with some of the greatest musicians of all time including Eric Clapton, Willie Nelson, Buddy Guy, a regular stint with the Allman Brothers Band (his uncle, Butch Trucks is a founding member), performing on Clapton’s Crossroads Guitar Festival Emmy-winning DVD, opening a tour for Carlos Santana, and appearing on the cover of Rolling Stone magazine, to name a few of the highlights. Already Free reflects all of Trucks’ many influences and experiences, and highlights the quintessential Derek Trucks Band sound of mixing soulful vocals and expert guitar playing on what is poised to be the band’s definitive album.

The Making Of ‘Already Free’