About the festival
In 2018, Blues Heaven won the award for ‘International Festival of The Year’ from the distinguished French online blues magazine Zicazic. Blues Heaven Festival organizer Peter Astrup also won the coveted new Danish Blues Music Award, ‘Hoochie Coochie Man of the Year’. In January 2019, Blues Heaven came 2nd in the ‘Best Festival in the World’ awards by Polish blues magazine Twój Blues. In March, Peter also won the Toneværk Award and was awarded a prize of DKK 20,000.

Lineup complete for Blues Heaven Festival, 1-2 November Arena Nord, Frederikshavn, Denmark
For the 14th year, Denmark’s largest, multi-award-winning, blues & soul festival will deliver a high caliber music program with a range of styles from primarily American Blues Music Award (BMA) winning artists. It is the foundation for an amazing and warm-hearted experience that always arises when the stars and an international music-loving audience meet. Last year’s festival attracted audiences from 17 different countries and saw all local hotels sold out several months in advance. 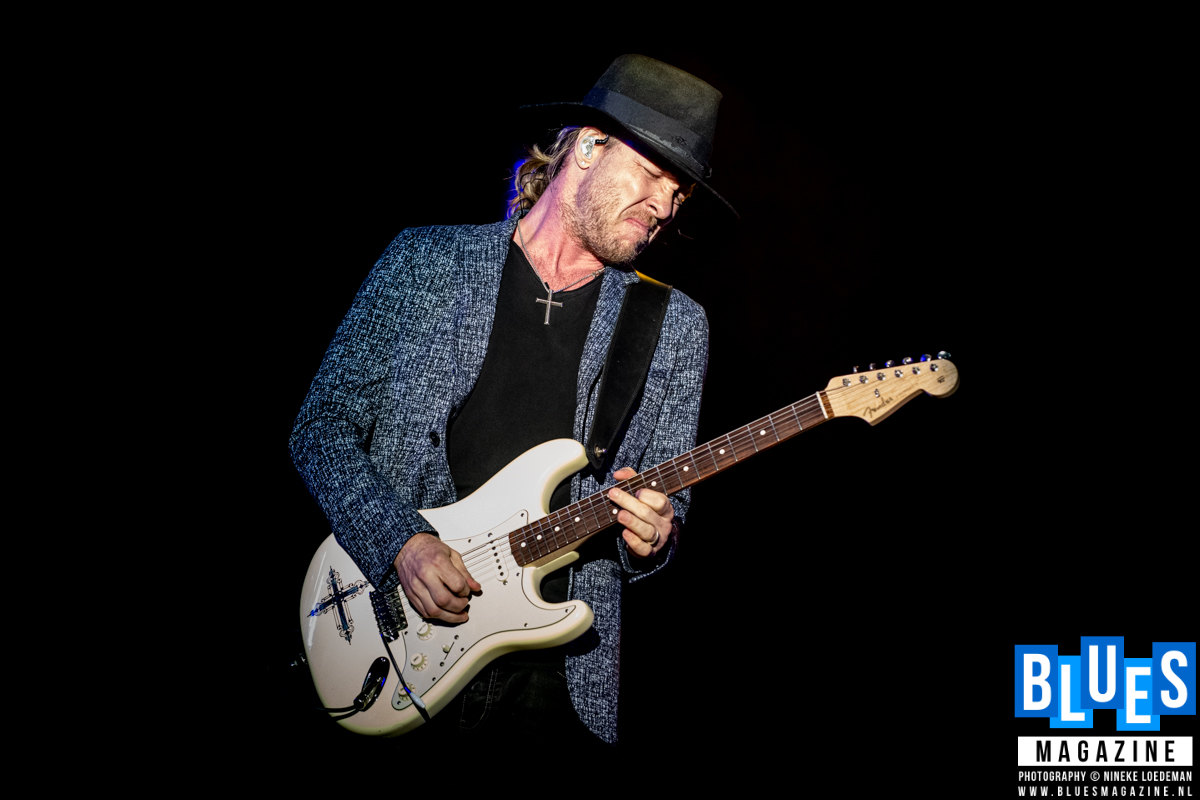 Line Up:
The Fabulous Thunderbirds with the King of Blues Harmonica: Kim Wilson (b. 1951) fronting one of the world’s greatest and most respected blues bands, finally return to Denmark after a 10 year absence. This popular Texas band has been instrumental in shaping the blues world since their groundbreaking album debut in 1979.
Mike Sanchez (b. 1964) pianist/singer is the charismatic creator of Big Town Playboys, a band popular across all of Europe. He has recorded with guitar icon Jeff Beck and was the major force in ex-Stones bassist Bill Wyman’s Rhythm Kings for many years.
Ian Siegal (b. 1971) has performed in 35 countries and made a live album at the Royal Albert Hall! Ian is the only non-American who has twice received the MOJO Blues Album of the Year award, as well as a stunning 11 British and European awards.
IDMC Gospel The 15 members choir from London celebrates its 25th anniversary, and have released nine albums. The choir has sung with Luciano Pavarotti and also at the 2012 Olympics, as well as at Queen Elizabeth’s Diamond Jubilee.
Blues Beatles is undisputedly Brazil’s most popular blues rock band, and now playing all over the US. Blues fans will be surprised by how much blues there is in the Beatles song catalog. These are not copies, but interpretations.
Kenny “Blues Boss” Wayne (b.1944) No boogie-woogie piano player hits the keys with the same feeling, and he is not called “Blues Boss” for nothing. He was a child progeny in his father’s church in New Orleans and has received dozens of awards.
The Bender Brass first appeared at the Big Blues Bender Festival in Las Vegas. TBB have now performed at more than 20 of the biggest festivals in the US and put the icing on the cake.
This amazing horn section will be available to support any/all of the bands here.
The following bands were announced previously:
Kenny Wayne Shepherd (b.1977) has sold millions of albums, received 5 GRAMMY® nominations, 2 Billboard Music Awards, as well as a pair of Orville H. Gibson awards, the Blues Foundation’s Keeping The Blues Alive Award and 2 Blues Music Awards. He’s had 7 #1 blues albums and a string of #1 mainstream blues rock singles..
Shemekia Copeland (b.1979) in 2011, she was crowned the official successor to Koko Taylor as ‘Queen of the Blues’ at the Chicago Blues Festival in front of an enthusiastic blues-loving audience of 90,000. She has been nominated this year in four BMA categories and over the years Shemekia has been nominated a staggering 31 times in various categories.
Joe Louis Walker (b.1949) With 30 records, Joe holds an international reputation as one of the blues’ most prolific and talented stars. This virtuoso has been nominated for prestigious awards 55 times and is a Blues Hall of Fame member.
Curtis Salgado (b.1954) has won BMAs 9 times. He sang lead with Robert Cray, Roomful Of Blues, Steve Miller and Santana, before he went solo. Curtis inspired John Belushi’s performance in John Landis’ immortal movie “The Blues Brothers”.
Nick Moss Band (b.1969) nominated for 4 BMAs this year – Best band, Best album, Best traditional album and Best Harmonica Player (Dennis Gruenling). Overall, they have been nominated for 22 prizes! 2019 sees this band at the forefront of Chicago Blues.
Thornetta Davis (b.1963) is a powerful and soulful blues and gospel singer who in 2015 was crowned ‘Detroit’s Queen of The Blues’ and has won over 30 BMA. In 2018 she was awarded “Best Blues Album” by the prestigious French La Academie du Jazz .
Chris Cain (b.1955) The world’s Best B.B. and Albert King interpreter has 12 albums under his belt. This year he is nominated in 2 BMA categories. Joe Bonamassa says “One of my favorite and criminally underrated blues players at all times”.
Tad Robinson (b.1956) has 8 BMA nominations and released 6 recognized albums. A divine singer, schooled by Al Green and Sam Cooke, Tad brings his old bandmate and heavyweight guitarist Alex Schultz, lead guitar for Rod Piazza for 7 years.
Toby Lee (b.2005) has amassed a staggering 350 million views on social media. For the past
2 years Toby has enriched Blues Heaven as aguest performer with the greatest names, but this year he returns with the all-new Toby Lee Blues Band.