Battle Scars World Tour to hit the US and Europe this year.

To be released June 17th on Mascot/Provogue, ‘ALIVE in Amsterdam’ is the sound of a man announcing his resurrection after a period on the ropes. As Trout’s army of international fans are painfully aware, recent times have taken the bandleader to the brink, following a bleak diagnosis of life-threatening liver failure and hepatitis C in 2013. Trout’s rebirth began with a successful transplant in May 2014, and gathered pace with 2015’s ‘Battle Scars’: the acclaimed studio album that channeled his near-death experience into raw autobiographical songs.

Walter Trout has never sounded so alive. The date is November 28th, 2015. The location is Amsterdam’s opulent Royal Theatre Carré. And the occasion is a live performance of the blues-rock legend at full-throttle. “We were rocking,” remembers Trout of the comeback concert captured on ‘ALIVE in Amsterdam.’ “If people are expecting a laid-back show, that’s not what they’ll get. This is potent stuff…”

Yet for this lifelong road-warrior, a return to the stage was always the ultimate goal. And last summer, as Trout headed out on a comeback tour that blew the roof off venues from the Royal Albert Hall to Buddy Guy’s Legends club in Chicago, every fan in the house saw that the man wasn’t just back, he was better than ever. “That whole tour was kinda triumphant for me,” Trout reflects. “Just to be back, after what I went through. But also to be playing with a renewed energy and commitment.

“I’d gone through a few years of symptoms,” he continues, “where I’d get hand-cramps, dizzy spells and chronic fatigue onstage. It was a struggle. On this last tour, I wasn’t struggling. We were having a great time. We couldn’t stop. ‘‘ALIVE in Amsterdam’ ’ captures the atmosphere.” 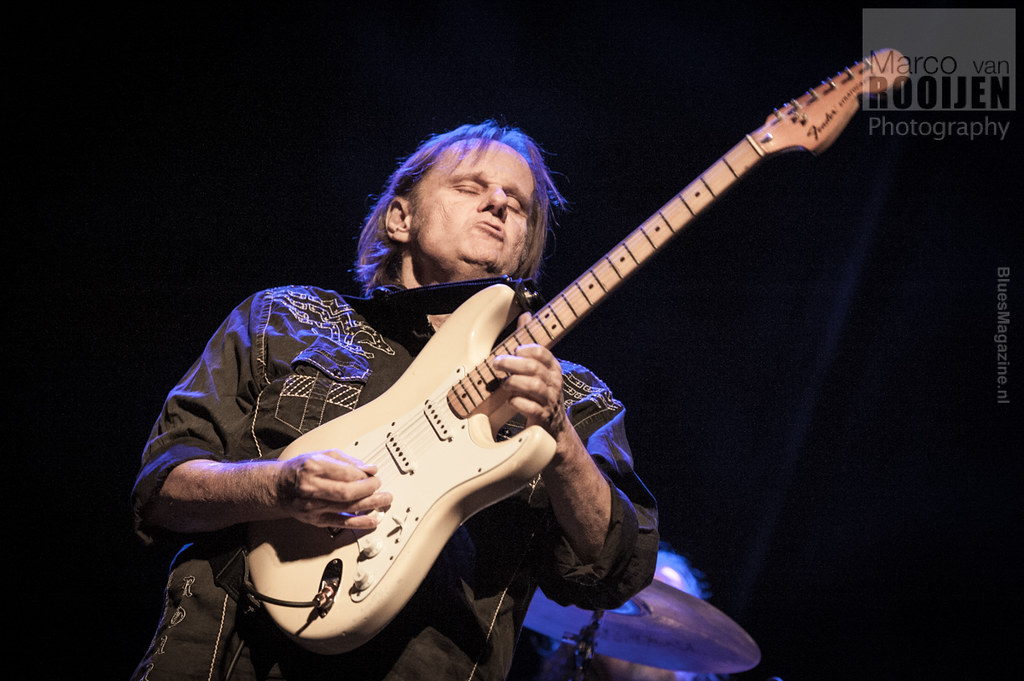 It’s true: listen to ‘ALIVE in Amsterdam’ and you’ll experience the same white-knuckle ride as the fans who filled the Royal Theatre Carré. It’s fitting that the Amsterdam show starts with an introduction by Trout’s wife and manager, Marie, who gave the bluesman the courage to fight on during his lowest points. “Having Marie on the album is very meaningful for me,” he says, “because she’s the one who kept me alive. She kept me fighting and wouldn’t let me give up.”

Trout himself hits the stage like a wrecking-ball, opening with an scorching burst of solo guitar (“Sometimes, when I get up there, I have so much energy that I’m bursting out of my skin”). When he launches into the set, meanwhile, all bets are off. “We never have a setlist,” explains the frontman of his seat-of-the-pants interplay with drummer Michael Leasure, keyboards ace Sammy Avila and bassist Johnny Griparic. “We play very spontaneously, and I gauge it by the crowd and how the show is going.”

With songs pulled from every era of his five-decade career, the ‘ALIVE in Amsterdam’ set is potent stuff indeed, from the stinging Luther Allison cover “I’m Back,” to the plaintive B.B. King tribute “Say Goodbye To The Blues,” which builds from neck-tingling guitar swells to a stunning virtuoso climax. ‘Battle Scars’ is well-represented by the harmony-bolstered rocker “Almost Gone” and the raucous “Tomorrow Seems So Far Away,” while Trout is joined by his son Jon for “Rock Me Baby,” and even finds time for a fistful of fan favorites, including “The Love That We Once Knew” and “Marie’s Mood.” “You can hear that a guy yells out for ‘Marie’s Mood,’” he laughs. “I actually hadn’t planned on doing that one…”

But Trout has made a career-long habit of throwing us curveballs. A native of New Jersey, his practical schooling began in earnest when he arrived in Los Angeles in 1974, and promptly earned his reputation as an A-list sideman, backing John Lee Hooker, Big Mama Thornton, Finis Tasby, Pee Wee Crayton, Lowell Fulsom, Percy Mayfield and Joe Tex. In 1981, he joined the remaining original members of the legendary Canned Heat, but the real turning-point was his five-year tenure with British blues giant John Mayall, who invited Trout to become the latest in the Bluesbreakers’ lineage of guitar greats (including Eric Clapton, Peter Green and Mick Taylor). 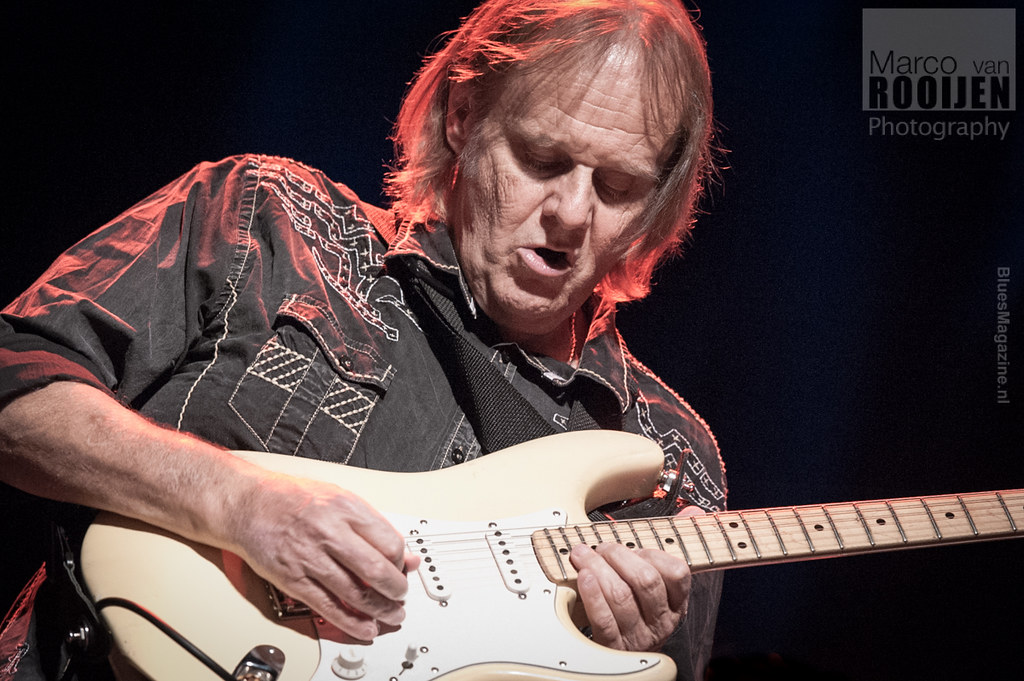 Trout founded his own solo band in 1989 and cut his debut album ‘Life In The Jungle’ that same year, rapidly becoming a chart-topping star in Europe. His first stateside release, 1998’s critically heralded ‘Walter Trout,’ made him a fixture of the US blues-rock scene. Released in 2015, ‘Battle Scars’ is his 18th album on the Netherlands-based Provogue label, and his 42nd overall, including pre-solo recordings with Canned Heat and the Bluesbreakers.

Over the decades, Trout has accumulated numerous honors. He is a three-time winner of the Overseas Artist Of The Year title at the British Blues Awards, and a three-time Blues Music Awards nominee. In 2015, he won the Sena European Guitar Award, an honor he shares with acclaimed past winners like Brian May, Steve Lukather and Slash. Trout’s six-string prowess also earned him the #6 slot in BBC Radio 1’s Top 20 Guitarist listeners’ poll.

Now, in 2016, ‘ALIVE in Amsterdam’ marks the latest twist in this fascinating bluesman’s tale, and the chapter that we all prayed would come to pass. Urgent, impassioned and electrifying, it’s a live album to treasure, and the perfect appetite-whetter as Trout heads out on tour this year, stopping off at some of the most prestigious venues and festivals in the US and Europe.

Walter shows you magic in the studio, of course. But it’s on the stage where he truly comes alive. “I get into the energy and the moment and the excitement of it all,” he says. “I think I’m a very different guitarist live…” 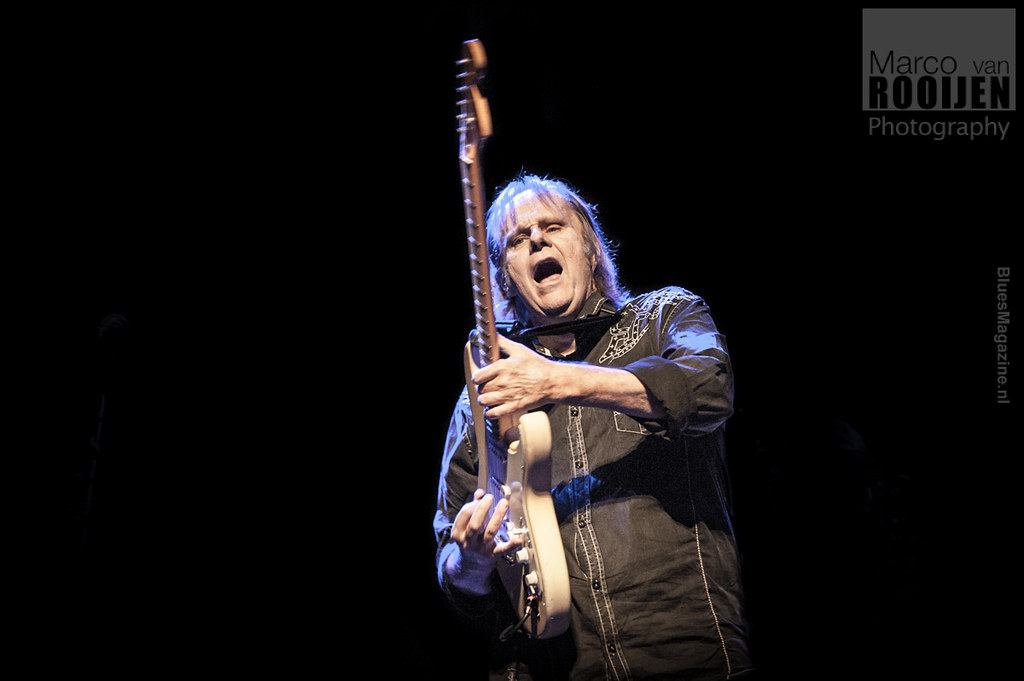 Walter Trout – We’re All In This Together