Sunday and Day 2 of Bospop 2017 was starting by most beautiful summer weather and heat. Everybody was eager to a festival day with many band attractions and highlights. 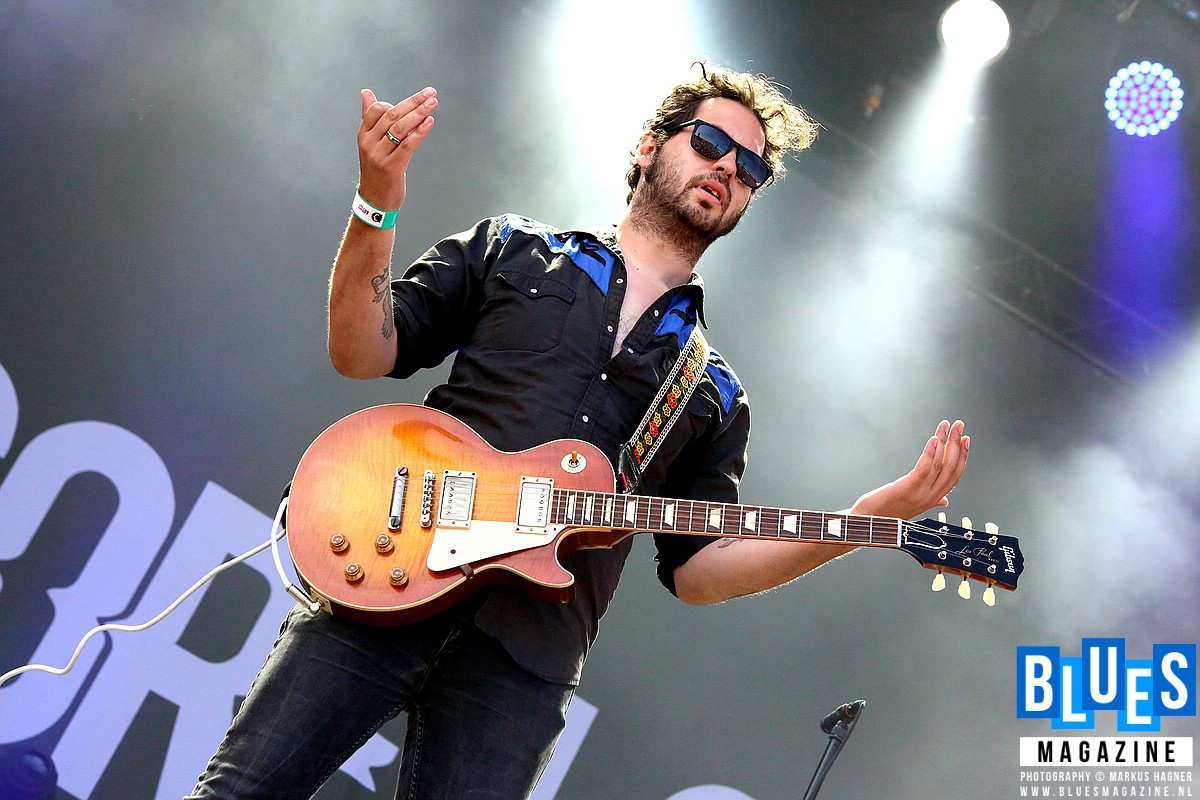 The Sore Losers were the honorables to open up the festival day on the big stage. For the early hour there was quite a lot of spectators in front of the stage and they got really electrified by the stoner rock with psychadelic and blues-rock’n roll influences. The freaks got a nicest wake-up specially by the highlight “Blood Moon Shining”. 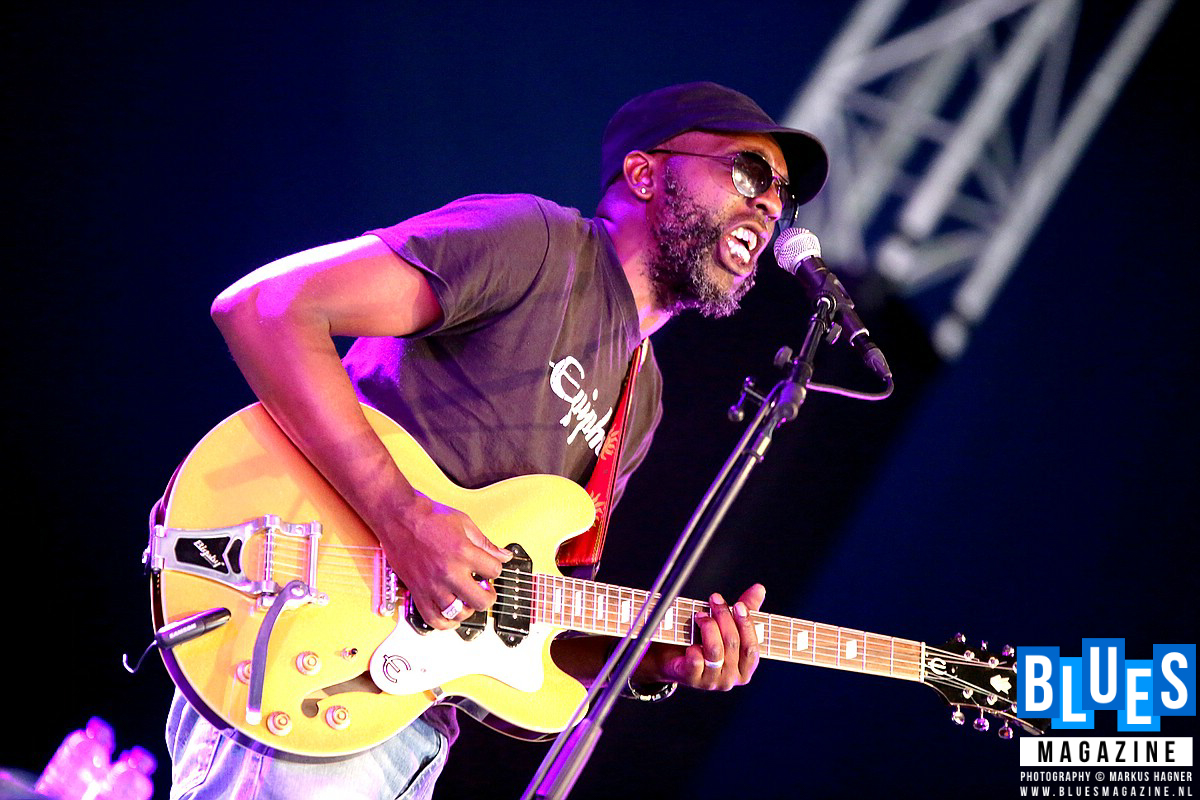 The people wandering into the tent were invited to a Mississippi church mass featuring their sermonizer Mr. Sipp. He started by some instrumental Hammond intro before he started to hoodoo by his impressive chant and guitar extravagance. You can describe his axe style the best as “B.B. King meets Stevie Ray Vaughan & Buddy Guy”. The crowd went totally crazy when he started to play as highlight “Miss Jones” and took a buggy walk through the crowd playing hellish solows. Mr. Sipp was heavenly or hellish, both he really was miraculous! 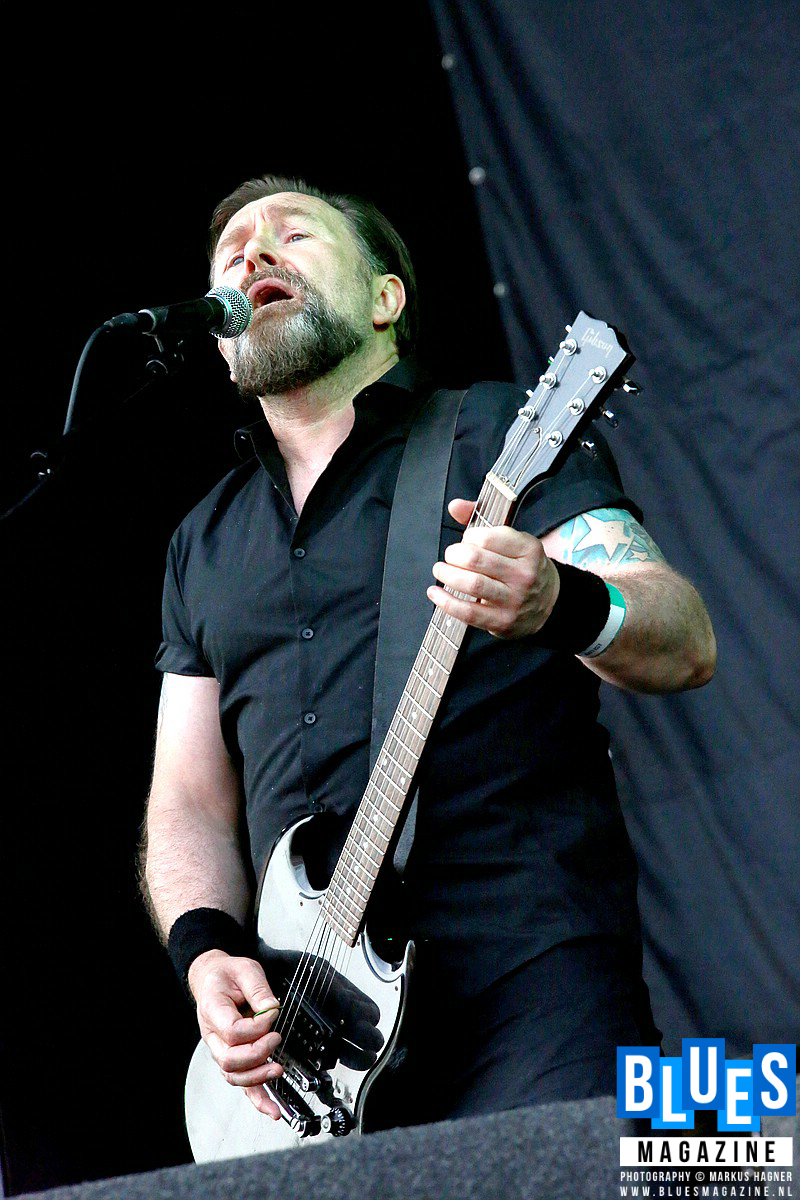 Finally it was time for the mosh-pit dancers by playtime for Therapy? and their alternative rock on the big stage. The band really kicked ass on stage by power and specially expressed by “Die Laughing” that they still have their lyrics sarcasm. 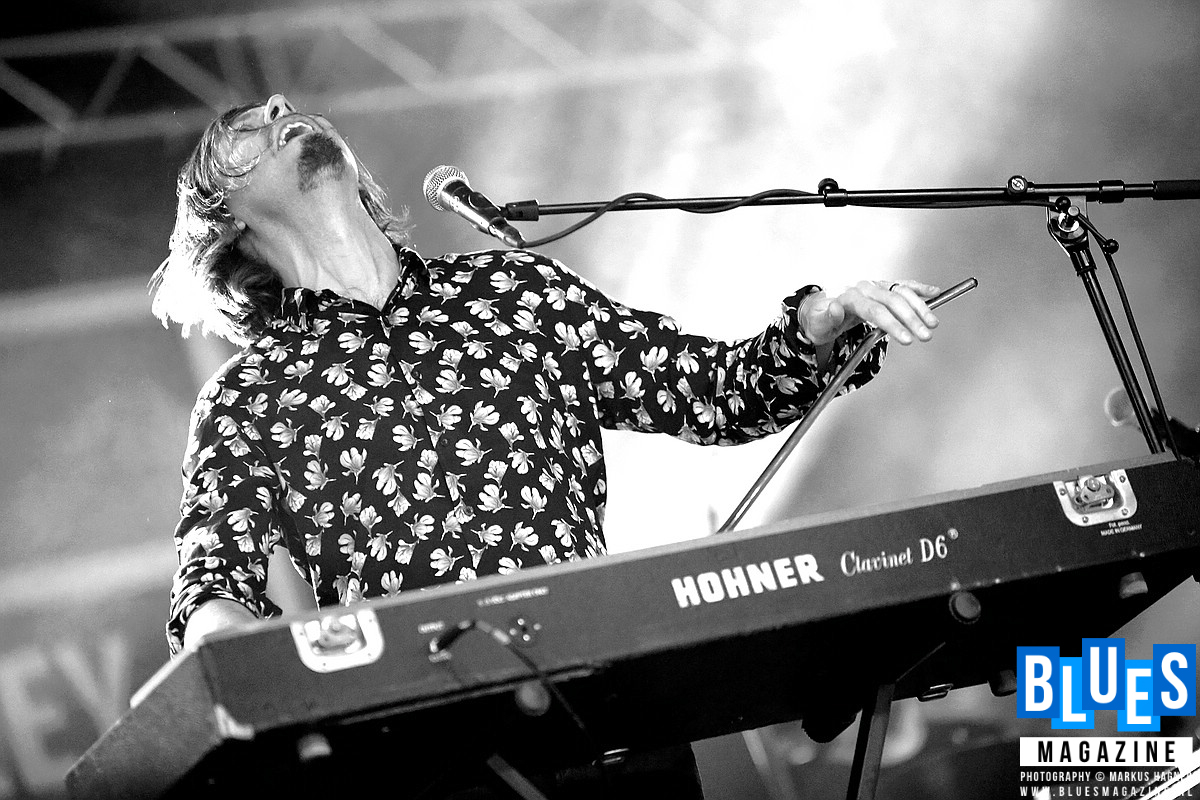 Lachy Doley as Australian warlock of the Hammond and Whammy Clavinet was to turn the tent into a wild one by his mix of blues- and hard rock. It was just weird which sounds he was to coax out of his instruments by his solos. Additionally he had a charming voice. He rendered homage to his idol Jon Lord by his version of “Lazy” as absolute highlight. 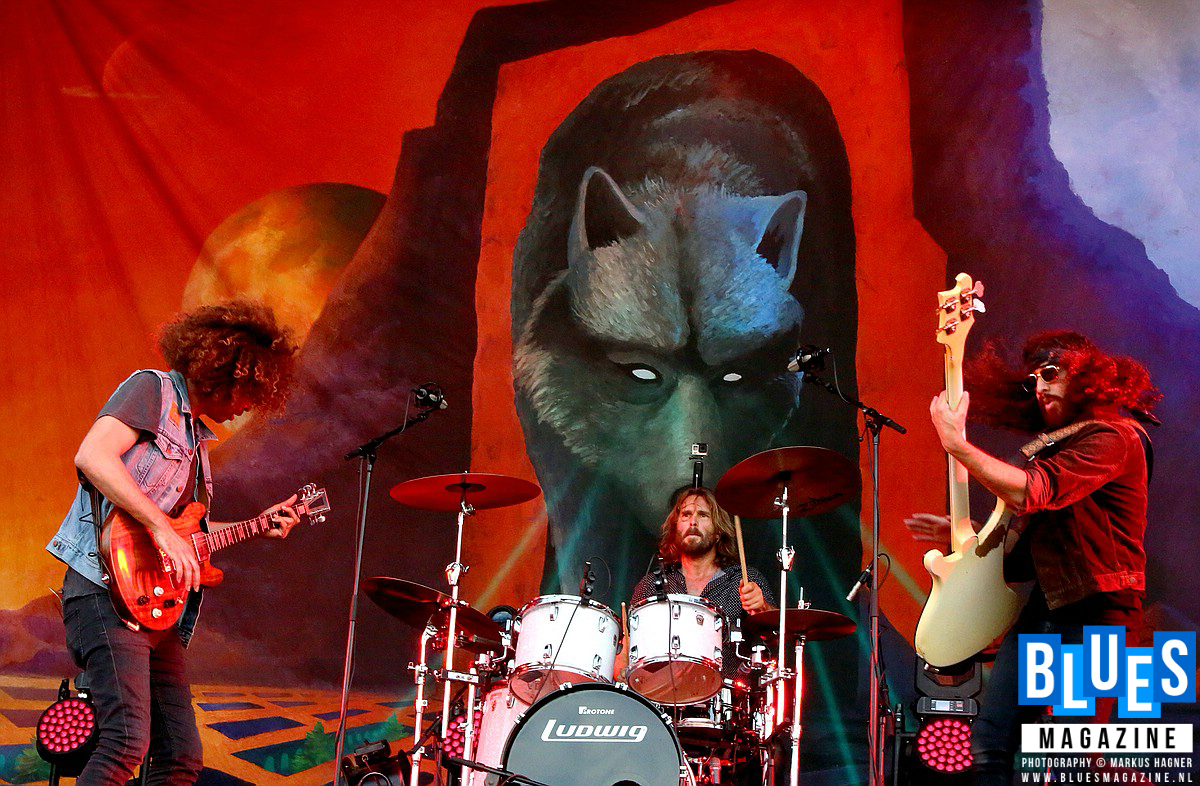 On the big stage many freaks were calling for Wolfmother to celebrate their hot mélange of blues trenched psychodelic stoner rock. From the very first tune of the opener “Victorious” specially Andrew Stockdale by his six-string artistry and bass-man and organist Chriss Ross put a positive spell on their fans. Ross even managed to play bass and organ the same time and even boisterously. Wolfmother celebrated a trip back to the good ole 70’ies with icons like Jimi Hendrix and Janis Joplin Joplin by their music. By “The Joker & The Thief” the shorter festival set was already at its end, a loud-blast of applause was the phenomenal farewell for Wolfmother. 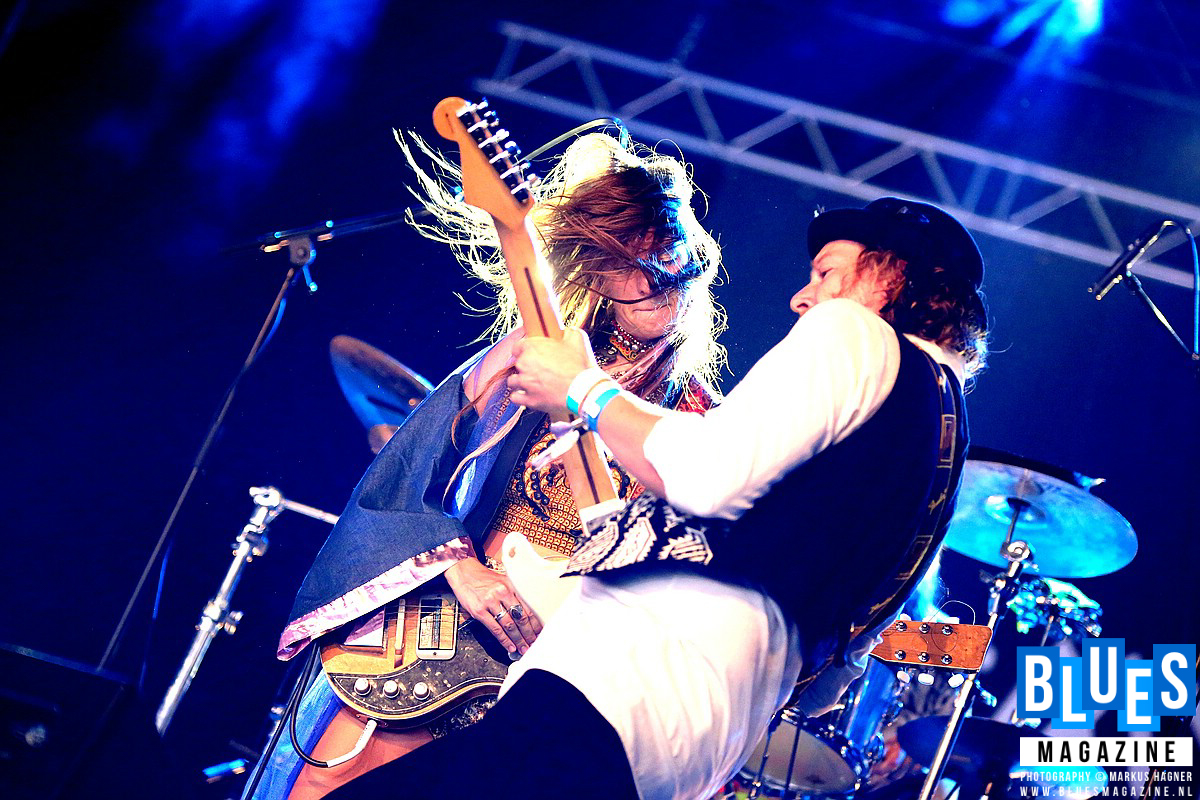 Consecutively it was time for Sheik van Dyck and Daniel “daFreez” Johnston to call out their MY BABY – Cato van Dyck by the first arabic inspired rhythms of “Love Dance”- Latest by “Electrified” by Cato’s sweet, seductive voice, her violin play, the drums beats by Sheik and the slide guitar by Daniel all the fans were hoodooed positively. 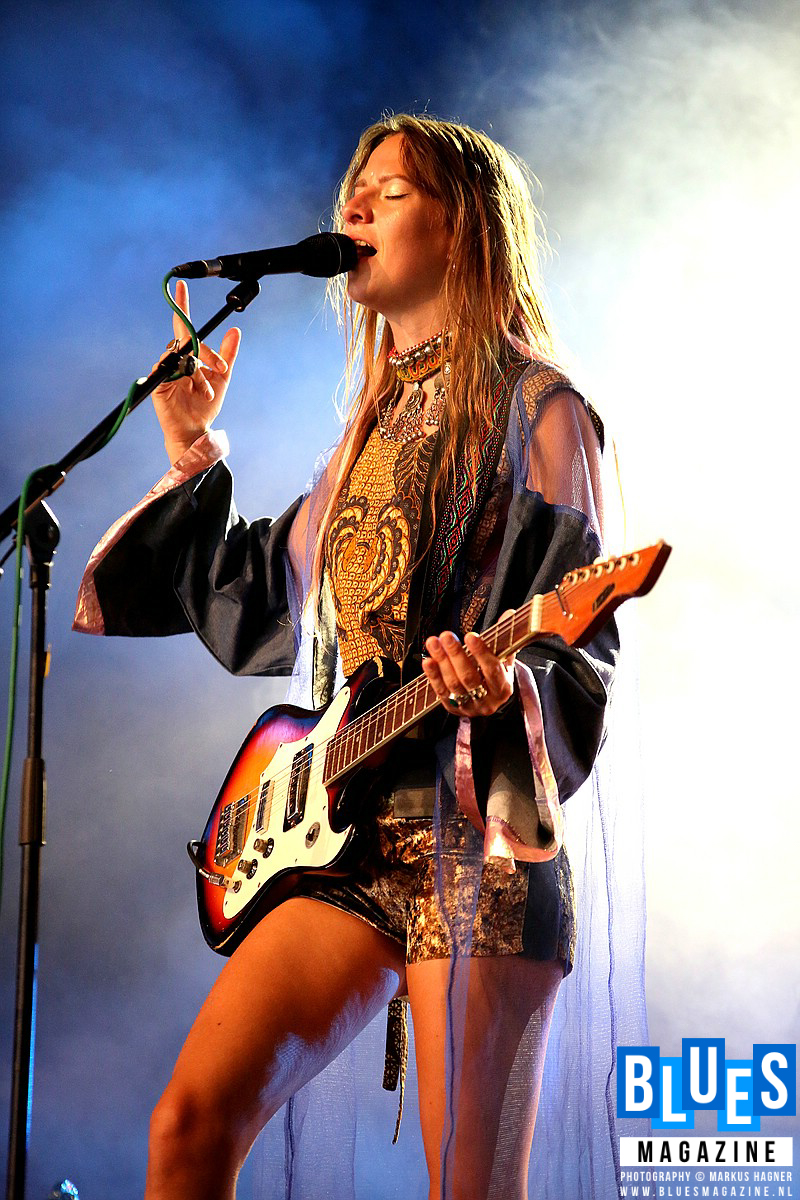 “Sunflower Sutra” was the song for all trance freaks and the tent was resembling a oversized love temple. “Uprising” was the highlight of the show, specially by the “Dervish of slide da Freez” and Cato’s enticing dance extravaganza. The grand final was “Seeing Red” as last ecstasy of band and freaks. 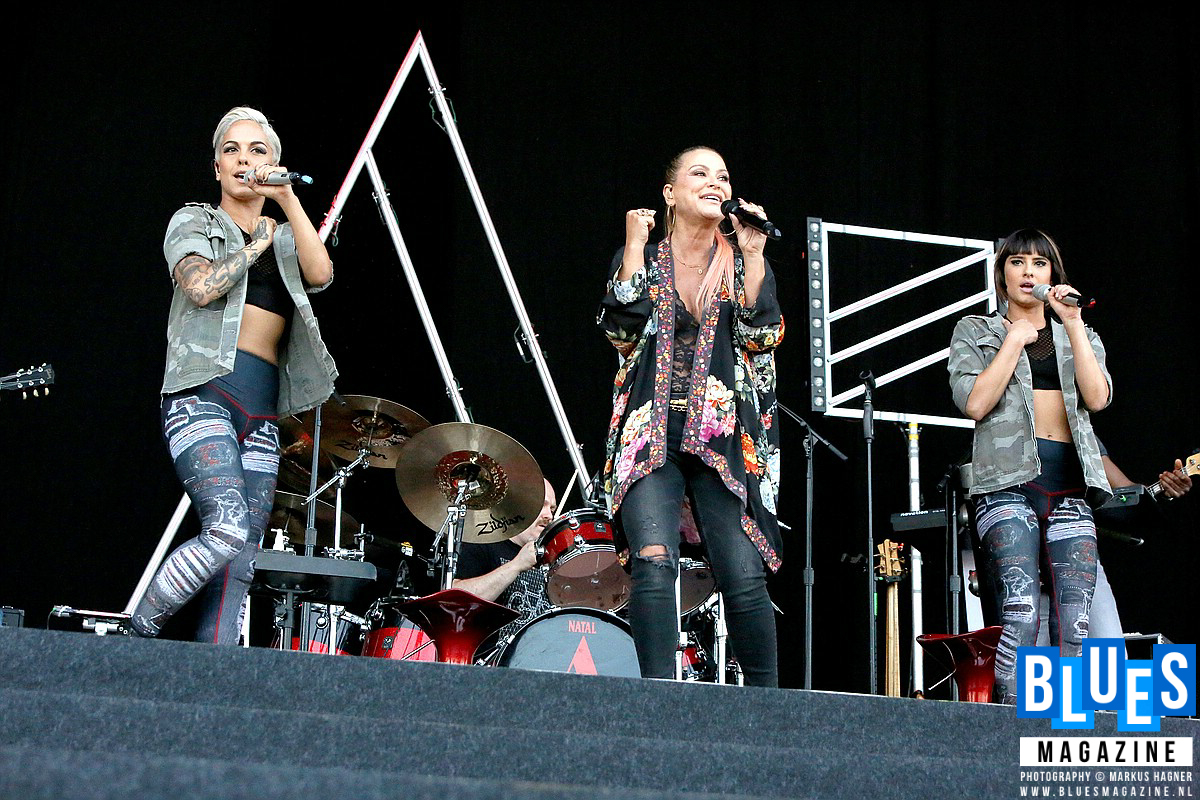 Anastacia was to perform again after 2015 a starry show at Bospop 2017! She had a great band again with three female background-singers and performed hits like “Paid My Dues” and “I’ M Outta Love” vitally heavier than on studio cd. Highlight was her unplugged version of “Cowboys And Kisses” with a country-bluesin’ twirl. 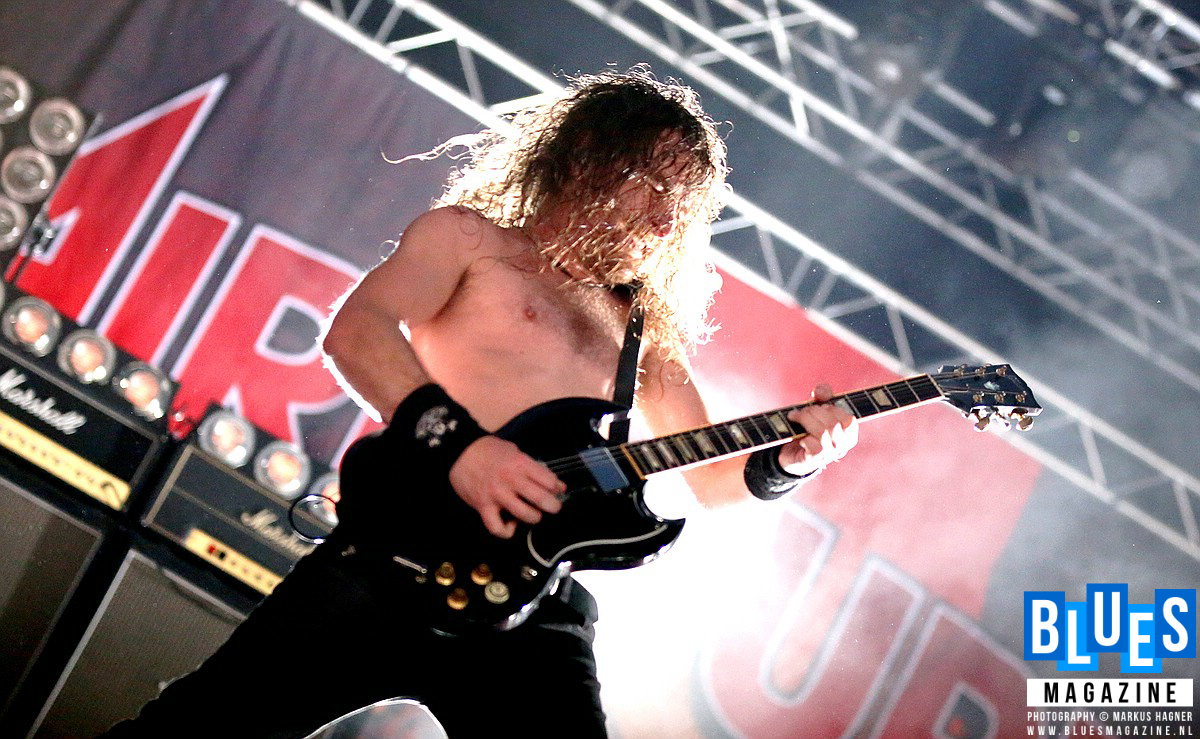 Airbourne was the big love band for all headbangin’ hard-rock and heavy metal lovers next. Their opening invitation by “Ready To Rock” was immediately highly accepted by the freaks and the tent got sweaty and hot by so much excessive sounds and action on stage. Amazing how singer Joel O’Keeffe can play such virtuose guitar shreds so precisely, shake his body and head all over the stage so raucously and even sing the right tunes to it. The boys had also some gusto for blues’n roll by “Cheap Wine & Cheaper Woman”. 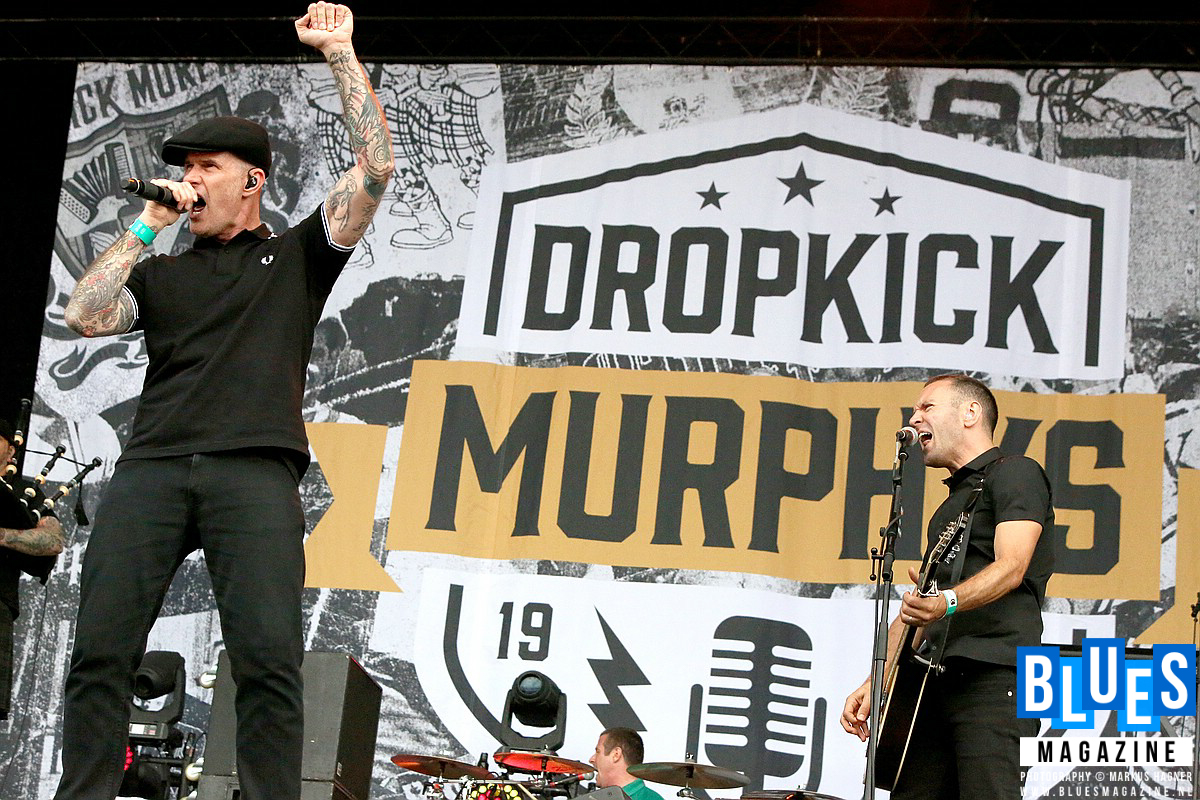 Dropkick Murphys although from Boston, USA have lost their heart to Ireland by their Irish punk’n roll rock. Singer Al Carr was the hotblooded singer and animator and the party was hot by songs like “The Boys Are Back”. By stormy end-applause of their maniacs they left Bospop after their bidding farwell by “I’m Shipping Up To Boston”. 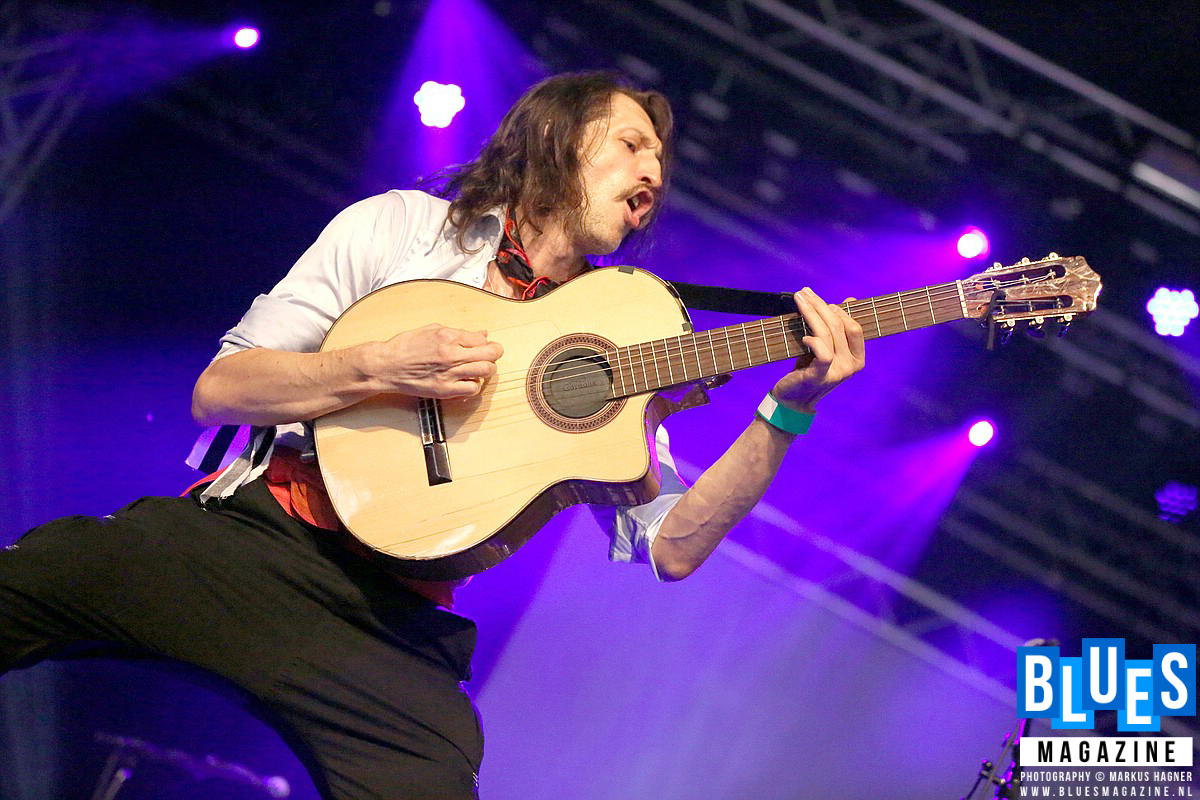 Gogol Bordello definitely conquered a lot of fans hearts their raucous mix of gipsy rock’n roll with a spice-up of Punk and Blues. They were relatively unknown to many spectators. When the Bordello leader Eugene Hütz and his Gogol’s started by “Not A Crime” the tent went mad and a raunchy party started. Musical, diversified solo highlights were the violin-solos by Sergey Ryabtsev and accordeon-escapades by Yuri Lemeshev.

Anouk was called as headliner on the big stage in the following. By playtime she really was, but by her first opening title “Modern World” everybody got aware that the glorious days of her era are sadly gone. Her voice was just average. She can be really glad that she had been escorted by such a phenomenal band and strong background-singers to make the festival appearance still worthy musically to be on the big stage. 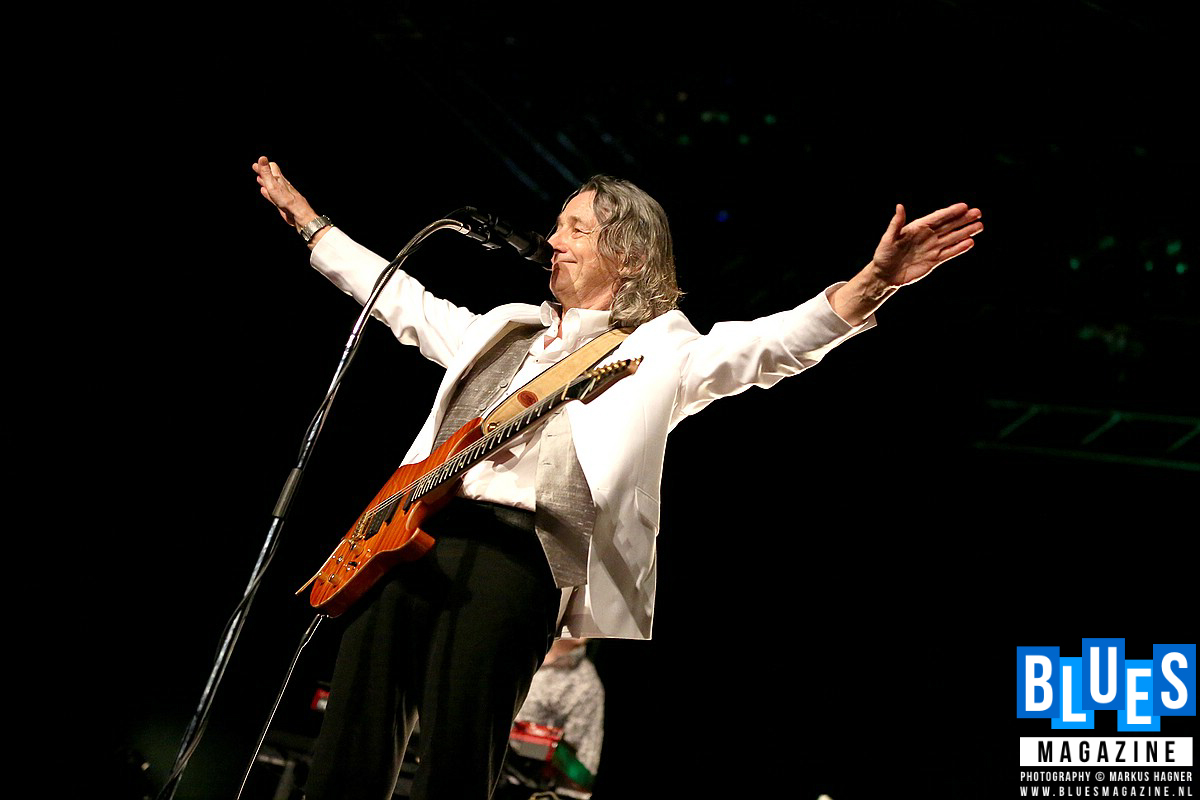 Long time before the gig on the main stage was finished the fans rushed into the tent to secure a good vision place in front of the stage. The fans absolutely did not want to miss the sympatico Roger Hodgson as he is so beloved and was so phenomenal live already at Bospop 2011. When he entered the stage he was welcome by a hurricane of applause. Oh vow, when he started to intonate the opener “Take The Long Way Home” his voice was crystal clear and better than ever. It seems by Roger’s voice to be like by a good wine, the more mature and well caressed it is the best is now and here. 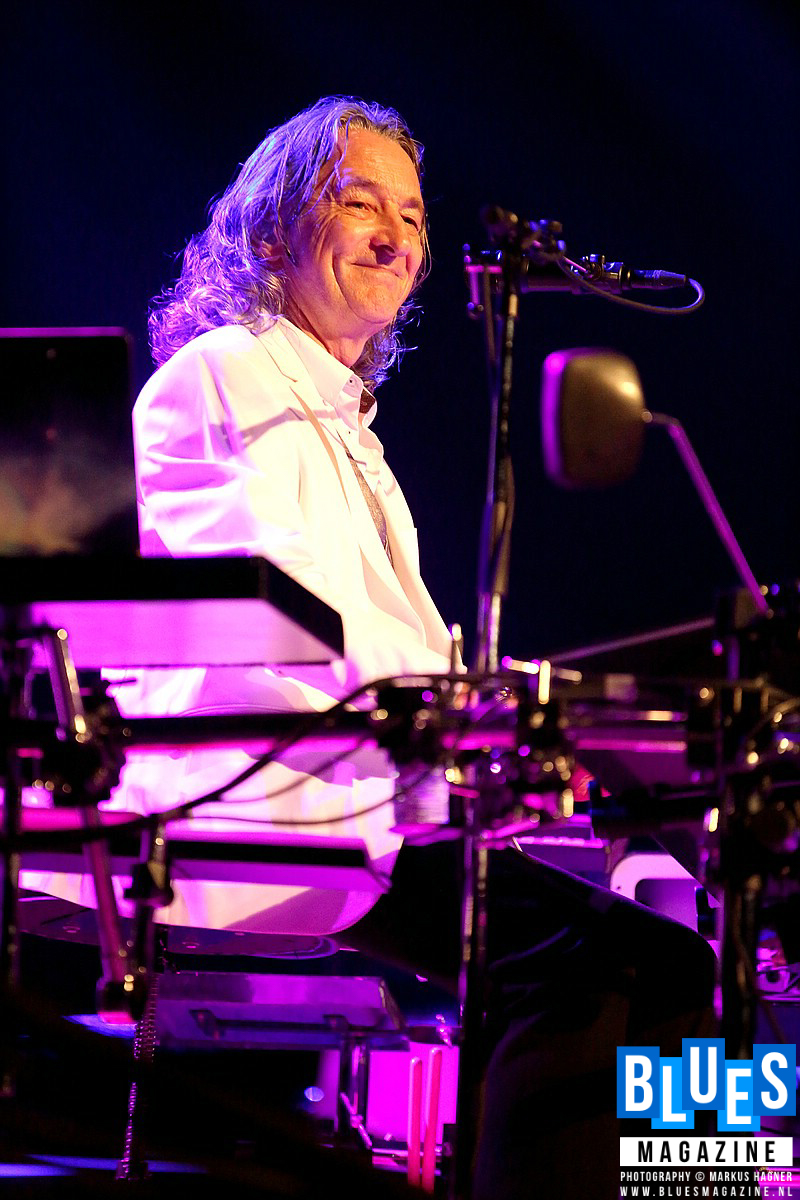 By his bluesy intonation of “School” with the harmonica intro by Aaron Macdonald the tent was resembling a tollhouse. The lightshow, creatively adopted to eachsong, brilliant sound and even palms on stage intensified the delightful atmosphere. Roger was even playing electric guitar again. One highlight after another was following. Ofcourse most of the gig-songs were from his legendary era with Supertramp like “Breakfast In America” or “Dreamer”, but “Had A dream” by his follow-up musical lifetime was very top and special too. This also because he granted his band some rockin’ moments in the spotlight. By “Give A Litle Bit” the show time was already sadly over, due to festival limits. As conclusion there is only to say: 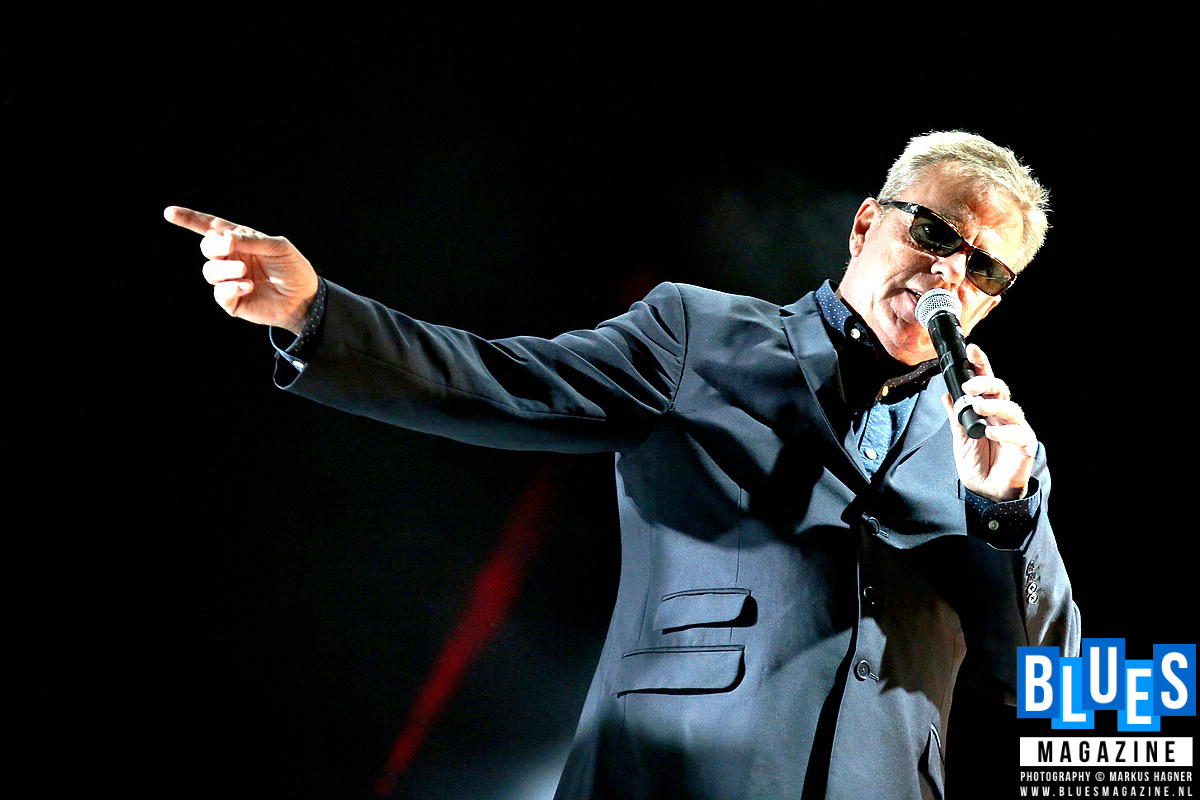 Madness as kings of SKA from Great Britain were to conclude musically Bospop 2017! They opened up by “Embarassement”. Singer Graham McPherson was the catchy vocalist and animator and specially the sax-solos by Lee Thompson were a msuical delight. The summer-party atmosphere was spreading immediatelyand many fans were dancing intensively with their beloved. The lightshow as palmary and absolutely cretive. Off course the hit “My Girl” as fan favourite was in the setlist. By “Night Boat To Cairo” Madness left Bospop 2017 by stormy applause.

Bospop 2017 was a again a wonderful festival with starry music of all styles. The atmosphere was relaxed, on top summer weather, a most excellent organization and a great variety of drinks and food-specialities. There is one wish by definitely many music-devotees to the organizers for 2018: By a return of My Baby & Roger Hodgson pls. let them spread their fascination on the Big Main Stage!

Thanks a lot to the organisation of Bospop and specially to Koen Klomp for the accreditation! 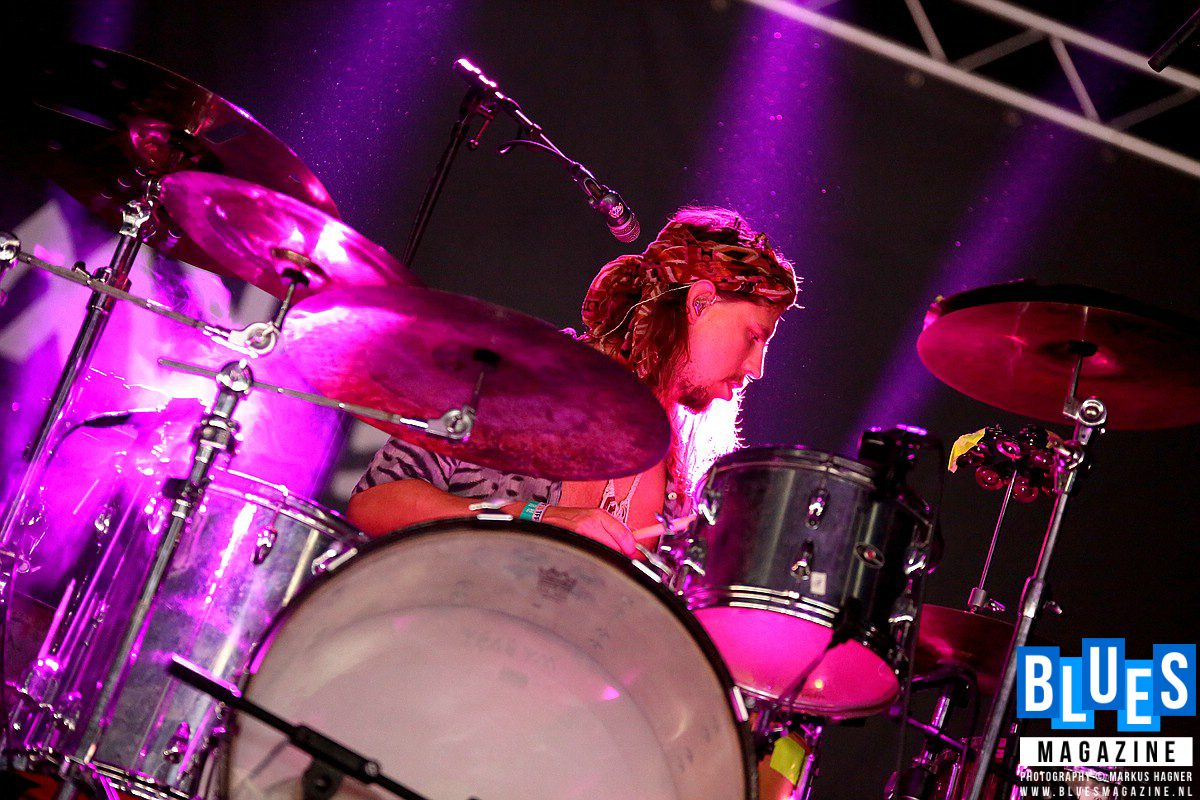 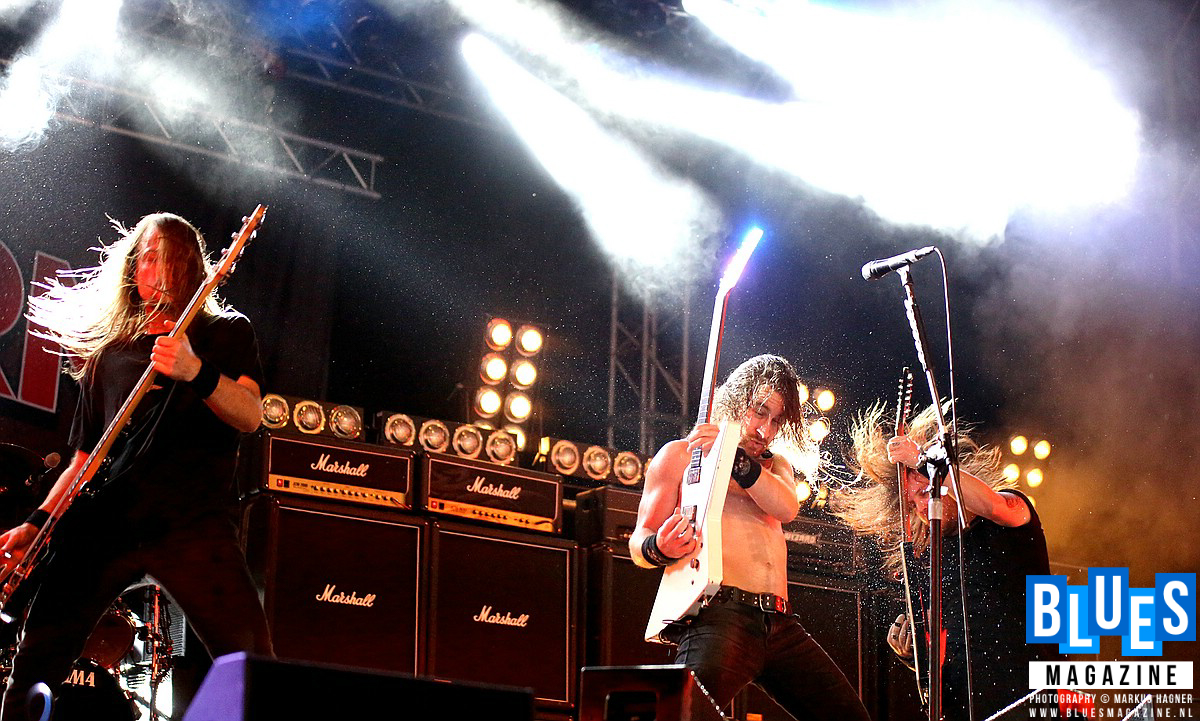 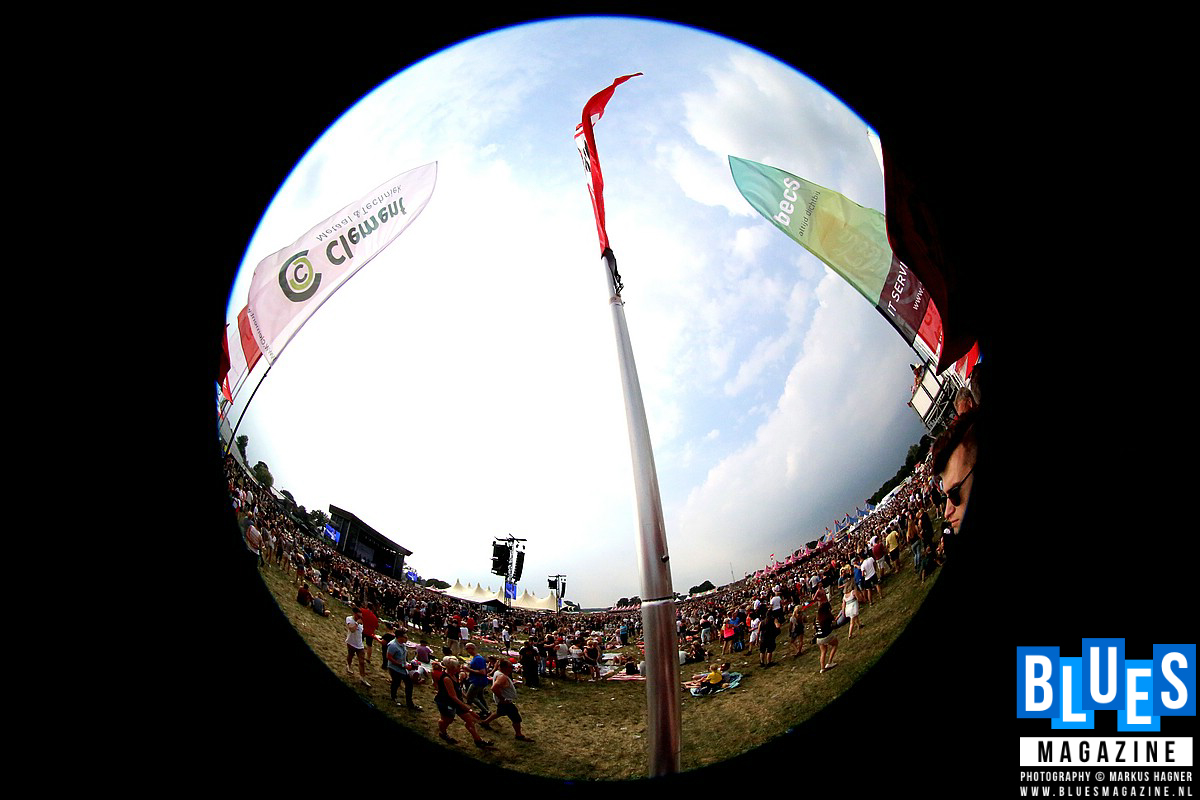