TOMMY CASTRO plays rockin’, blues-infused R&B music fired by his razor-sharp guitar work and urgent vocals. In 18 years and eight releases, he has built a huge live following and amassed over 220,000 Soundscans, with his last release, 2007’s Painkiller, currently over 27,000. HARD BELIEVER is Castro’s Alligator debut and with the label’s extensive promotional efforts behind him for the first time, he’s sure to reach new levels of popularity.

Castro won the 2008 Blues Music Award (the Grammy of the Blues) for B.B. King Entertainer Of The Year and is renowned for his dynamic live performances. He’s also one of the hardest-touring artists in music, playing over 150 dates a year across the U.S. and around the world including recent dates in Canada, Switzerland, Italy, Holland, Belgium and France.

Castro has been a mainstay on blues, rock and roots radio for years and Hard Believer has what it takes to keep the airplay coming.

Hard Believer is produced by John Porter (Los Lonely Boys, Santana, Buddy Guy, Elvis Costello) and shows just how much heart and soul an album can hold. Whether burning up a frisky rocker or steaming through a soulful ballad, Castro stokes the intensity with stinging guitar and gritty singing. Songs include six typically sharp Castro originals along with some tasty covers, including Wilson Pickett’s “99 1/2 (Won’t Do)” and Bob Dylan’s “Gotta Serve Somebody.” 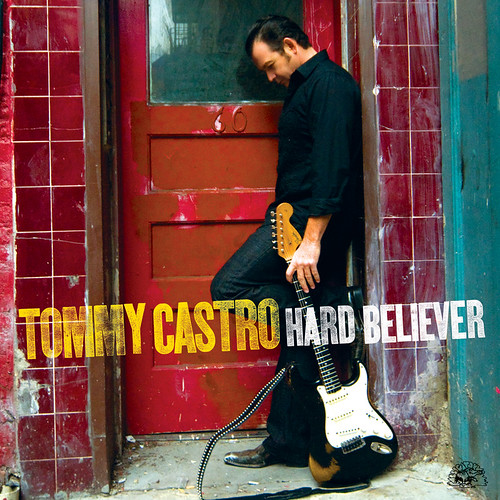