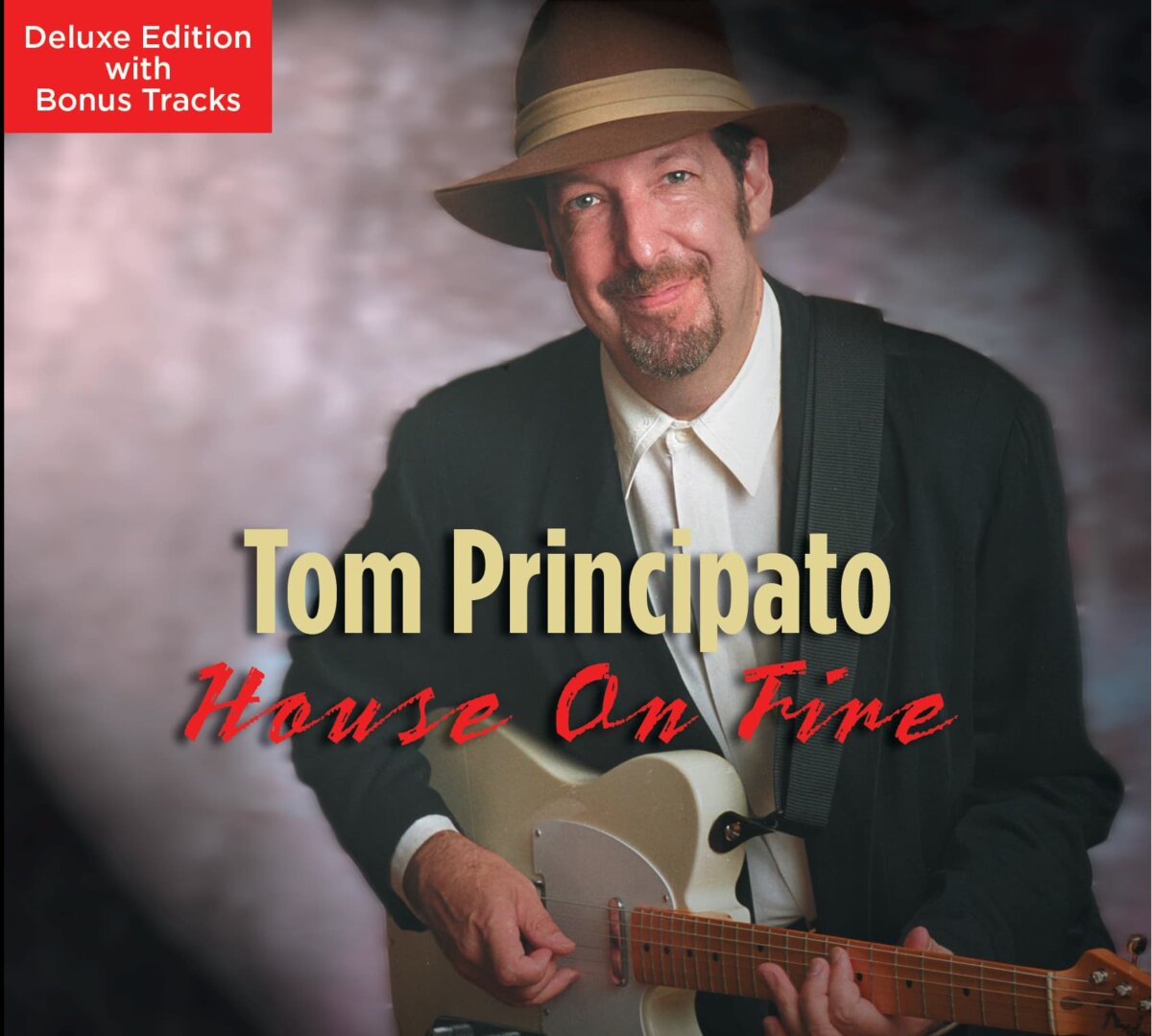 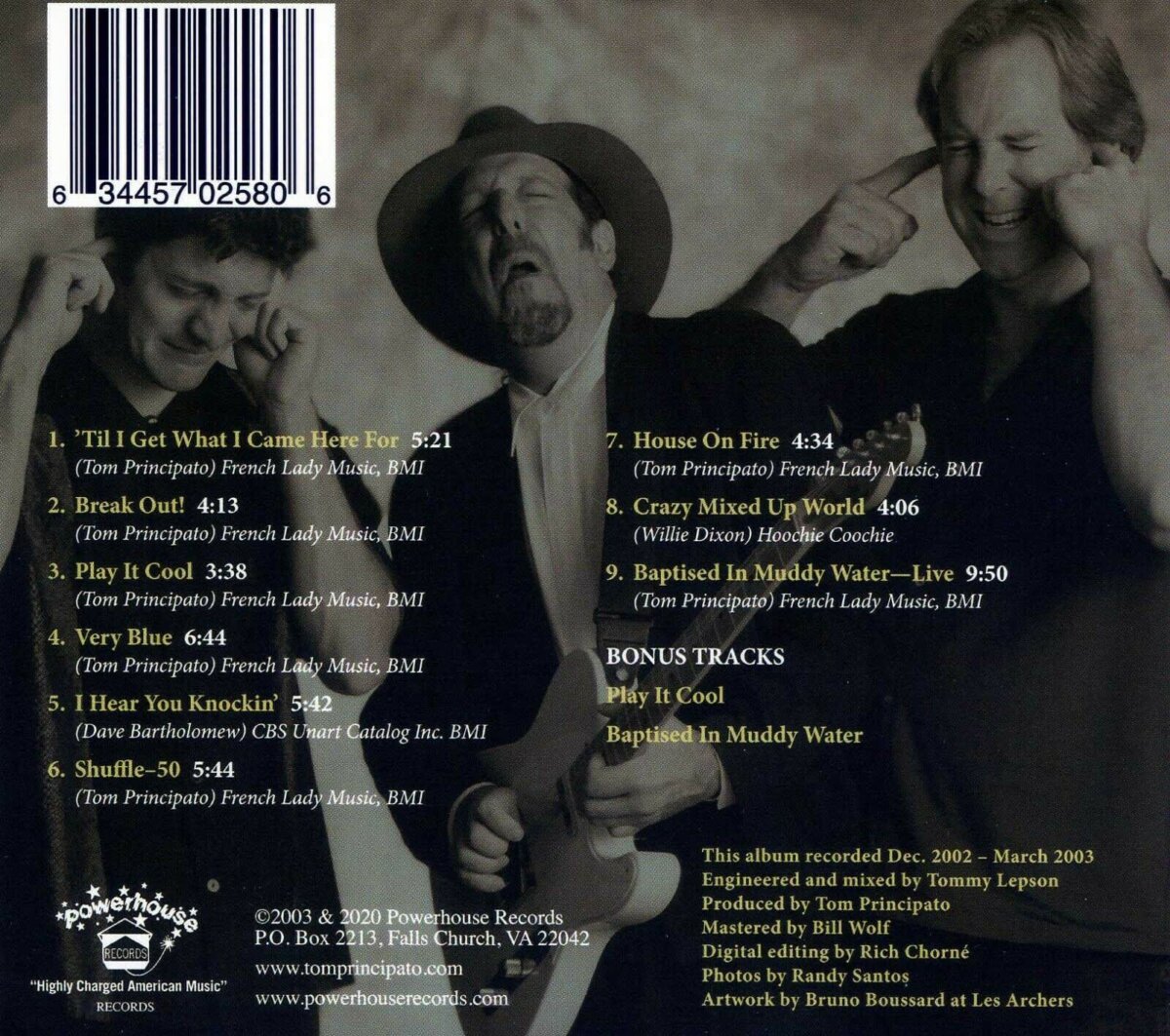 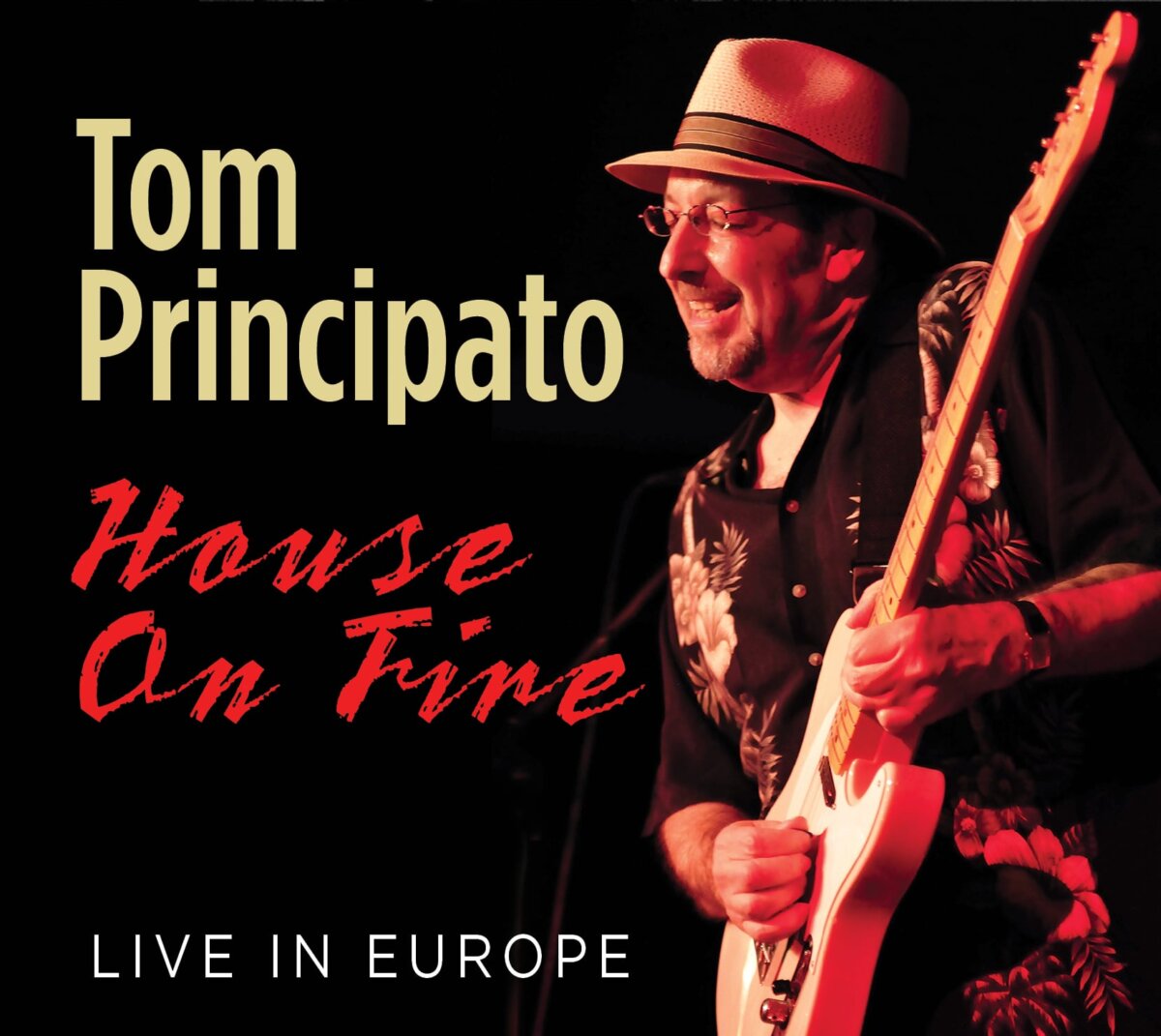 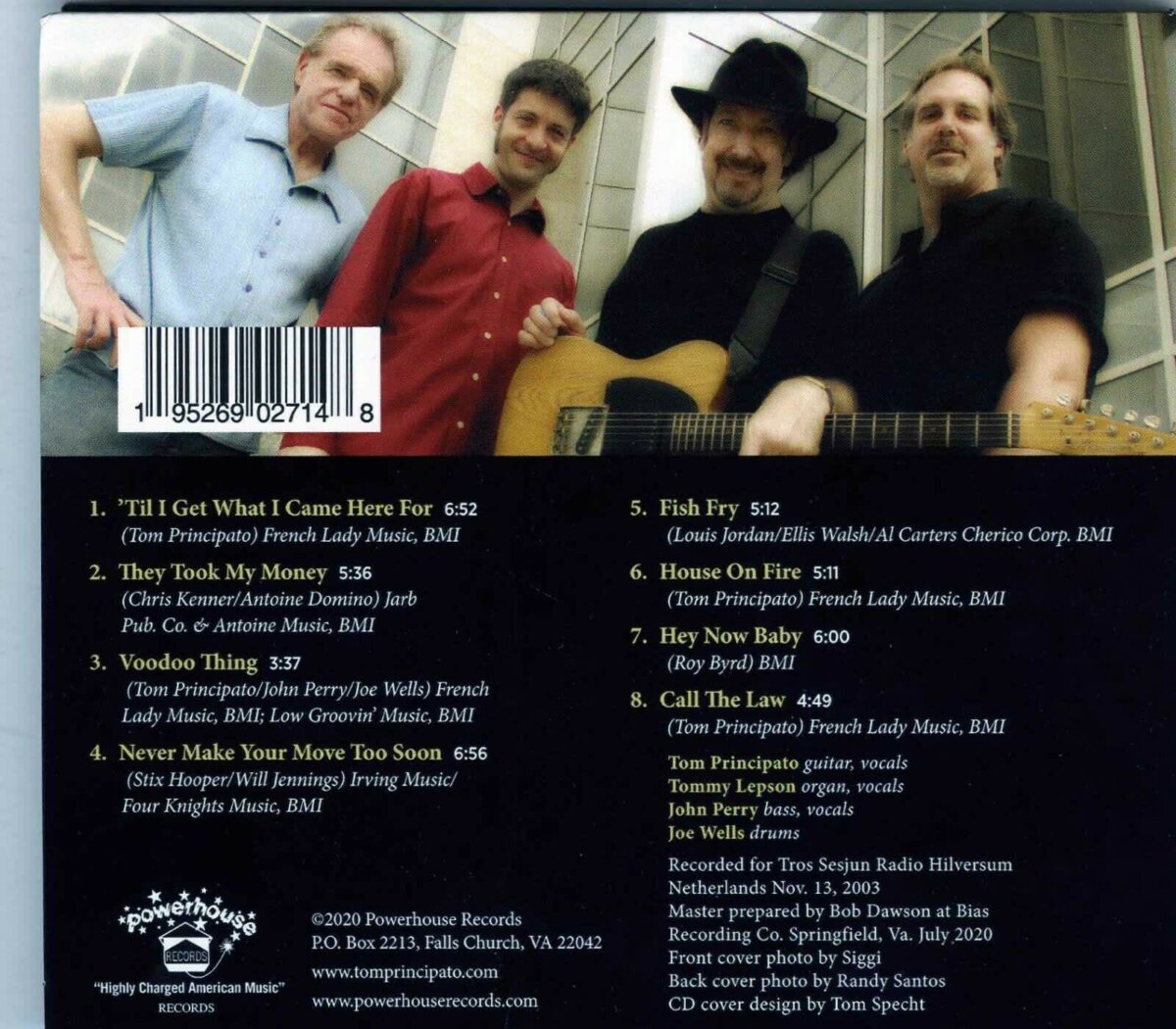 In 2003 to promote the latest release of the day “House On Fire” for Tom Principato, The Tom Principato band with special guest keyboardist Tommy Lepson headed out for a European tour to promote that CD in Europe. What resulted was a great concert captured from Trosj Sessions radio in Hilversum, Netherlands. Included in the set are songs from the “House On Fire” CD as well as songs from the “Guitar Gumbo” CD, and Principato live repetoire standbys such as “Fish Fry”; a Smokin’ re-working of Louis Jordan’s Sat. Night Fish Fry” done at a blazing tempo, and classics like Principato’s own rocking “Call The Law” and a great cover of B.B. King’s “Never Make Your Move Too Soon”. A great companion to the recently re-released “House On Fire-Deluxe edition”.

available through the Ebay Global Shipping program to Europe

Recensie : Tom Principato – A Part Of Me