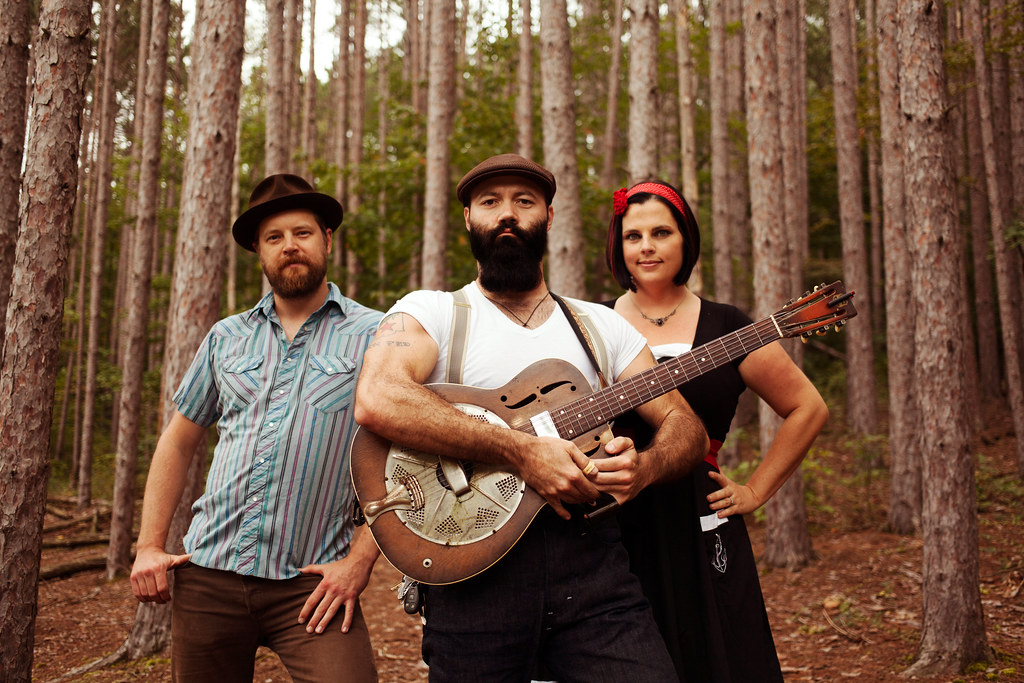 The Reverend Peyton’s Big Damn Band bridges genres and eras with an intensity and effortlessness few contemporary artists possess. Their new album So Delicious elevates the trio’s work to a new level. Produced by Rev. Peyton, So Delicious, due out February 17, 2015, offers the band’s most diverse collection of songs yet, buoyed by the Rev.’s supercharged six-string virtuosity — a unique style of fingerpicking inspired by his Delta blues heroes, but taken to new, original heights.

The fifth full-length original album by the group — which includes Breezy Peyton on washboard and supporting vocals and Ben Bussell on drums and supporting vocals — is their debut on Shanachie/Yazoo Records, a label known for the historic reissues of blues and other forms of old-time American music that are the bedrock inspiration for the Rev.’s sound and approach.

The Reverend Peyton’s Big Damn Band has always been strong on authenticity, blending blues, ragtime, folk, country and other traditional styles with the sleek modern energy of do-it-yourself, homespun, punk-fueled rock. The tunes are plucked from the Big Damn Band’s lives, their community or from the canonical songbook that fed the Rev. Peyton’s formative creative identity. It’s a mix that’s allowed the band to win fans from all corners of the Americana and rock worlds, and bring a new generation to blues and other roots music.

So Delicious is a perfect Reverend Peyton’s Big Damn Band album, with songs that speak from the heart and capture the trio — whose sound has been honed over 250 annual road dates during the last eight years — playing at their peak. That constant touring lead the band to be awarded “Best Band of the Warped Tour” and to the stages of famed festivals such as Austin City Limits, Glastonbury, Bonnaroo, WOMAD, Telluride, Cambridge Folk, All Good, King Biscuit, Juke Joint and DelFest, among many other prestigious gigs. The band’s last record, Between the Ditches, which debuted at number one on the iTunesblues chart and landed on Billboard’s pop albums chart in 2012, continued the momentum, bringing theReverend Peyton’s Big Damn Band to an even larger, demographic-leaping audience thanks to the powerhouse songs “Devils Look Like Angels” and “Something for Nothing,” which were video and radio hits.The band has received critical raves at home and internationally, and video play from CMT and MTV, while charting on both college and Americana radio and earning song placements in the hit Showtimeseries Shameless starring William H. Macy.

Now So Delicious offers a feast of new music from the Rev. and his accomplices.

“I can’t wait to get out on the road and bring this record to the fans. We have made a record we are so proud of, but there is nothing that compares to the interaction and community of our live show,” he says. 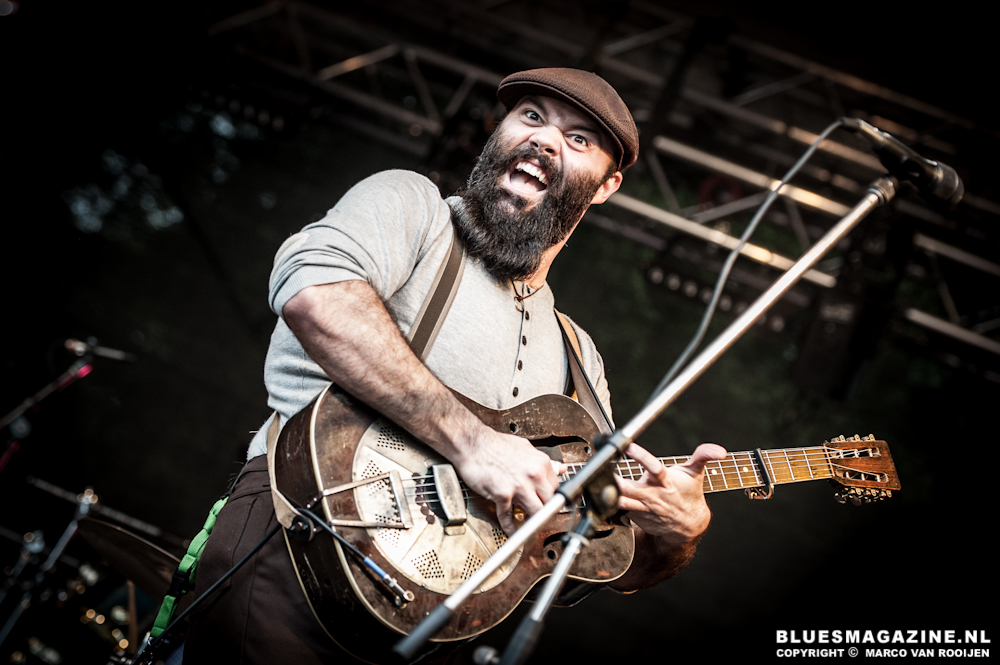 Recensie: The Reverend Peyton’s Big Damn Band – Between The Ditches