The Damn Truth announce their new single ‘ONLY LOVE’ 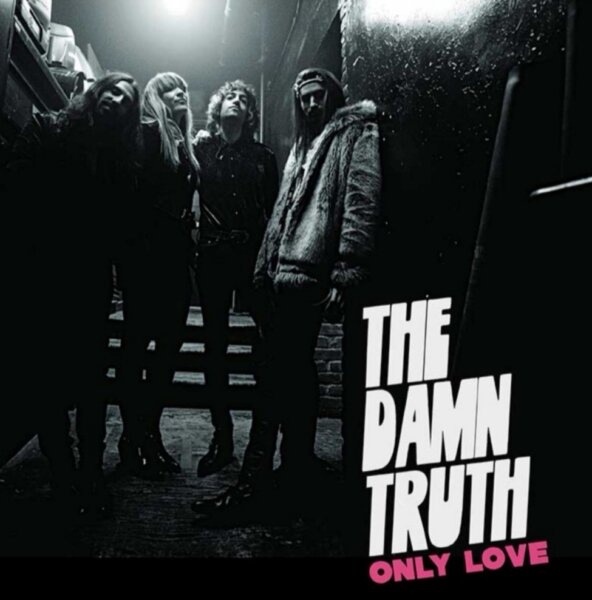 “Only Love”, produced by the legendary record producer Bob Rock (Metallica, Aerosmith, Bon Jovi, Motley Crue, The Cult, Bryan Adams), is the third single taken from the album ‘Now Or Nowhere’. The band’s latest release has been getting raving reviews and airplay in Canada, Belgium and The United Kingdom. The British rock radio Planet Rock picked up the track immediately and it was also included in this month’s Tracks Of The Week of Classic Rock Magazine! The single comes with a colorful video, directed and created by the band’s very own guitarist Tom Shemer.

Although the first single, “This Is Who We Are Now”, sets the tone, it is actually “Only Love” that sets the theme (“Only love can keep us going/So if we hold on, it’ll be all right.”) A melancholy song in its demo version, Bob Rock suggested a refocus that brought out its true potential.

Says TDT’s lead singer Lee-La Baum, “The lyric, only love can keep us going, serves as a reminder that life in general is challenging, and hardships are everywhere, but if every day has a new morning and we consider every morning a new beginning, then why shouldn’t love guide it?” “When Bob first heard Only Love on the first day at The Warehouse (Bryan Adams’ studio in Vancouver, Canada), he liked it right away but wanted us to try to speed up the tempo. Only Love started out as our only ballad on the record, but Bob had a slightly different vision. He basically sent us into the studio, and said: ‘Just give it a try, don’t think, just play it. We’ll know right away if there’s something there’.”

Continues Lee-La, “We played the song at almost double the speed, it felt rushed and awkward, but after laying down the take, we filed into the control room and listened back. It was undeniable. There seemed to be magic to it now.”

The Damn Truth embark on a 13-date UK tour kicking off at the York Grand Opera House on February 10th and finishing at Southampton The 1865 on February 25th.In addition to the Damn Truth supporting King King on various dates in February 2022, the band will also headline their own shows including Leek Foxlowe Arts (Feb 13), Leeds Lending Room (Feb 15), Bristol Exchange (Feb 16), and Southampton The 1865 (Feb 25).

Their European tour has been postponed to April / May 2022 with dates at Zik-Zak in Belgium on April 22nd and Karosserifabrikken in Denmark on April 15th already confirmed at this time. More dates to follow soon.