TO BE RE-ISSUED MARCH 26, THE BAND’S 52nd ANNIVERSARY 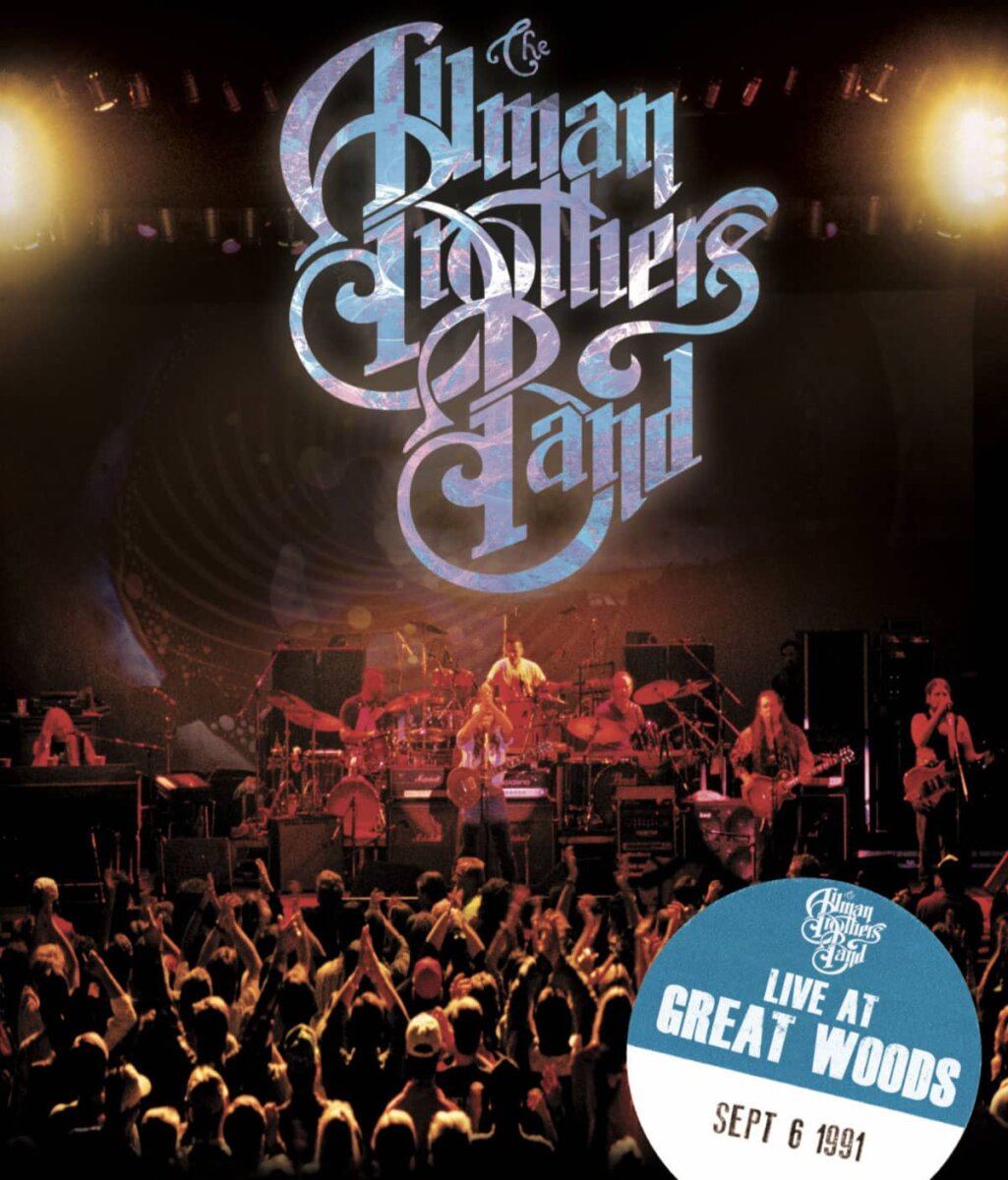 The ALLMAN BROTHERS BAND are excited to announce the re-issue of their acclaimed and platinum-selling LIVE AT GREAT WOODS DVD on March 26, their 52nd birthday. Filmed for a Japanese TV special 9/6/1991, the original DVD release incorporated interview segments into the songs, but this re-mastered version—with the rights recently being returned to the ALLMAN BROTHERS BAND RECORDING COMPANY, with distribution by The Orchard–keeps the songs in full. It will be available on DVD and digitally, and individual audio and video tracks will be available digitally.

The outdoor show featured the powerful lineup of founding members GREGG ALLMAN, DICKEY BETTS, JAIMOE and BUTCH TRUCKS plus WARREN HAYNES, ALLEN WOODY and MARC QUINONES. The band was touring in support of their newly-released Shades Of Two Worlds album, and its “End Of The Line” gets a spirited welcome here. “Going Down The Road Feeling Bad” starts with all four guitarists on acoustics before going electric, and the bands tight harmonies and interaction are heard throughout.

Of the out-of-print 2014 DVD version, Jambands.com said, “Newest members Warren Haynes, Allen Woody, and Marc Quinones are exceptional in their abilities to assimilate and sparkle, each bringing a personal approach that echoes the group’s inimitable sense of unity and expression, yet allows them to showcase their respective styles and skills…the majority of the entries are Brothers classics, driven by the twin-guitar attack of Haynes and founding member Dickey Betts. Whether it’s the country leanings of ‘Blue Sky’ or the psychedelic jazz of ‘In Memory of Elizabeth Reed,’ the pair twists telepathically, interlocking like two kites, diverging then colliding in a duel of soaring notes, always tethered by Woody’s commanding bass and the cornerstone drumming of duo Butch Trucks and Jaimoe. Gregg Allman, youthful and sharp, breathes the blues with every growl, cry, and shout, fueling the fire on opener ‘Statesboro Blues,’ and feeding it all the way through to the ‘Whipping Post’ finale.”