Taj Mahal And Ry Cooder – Get On Board

Get On Board: The Songs Of Sonny Terry And Brownie McGhee 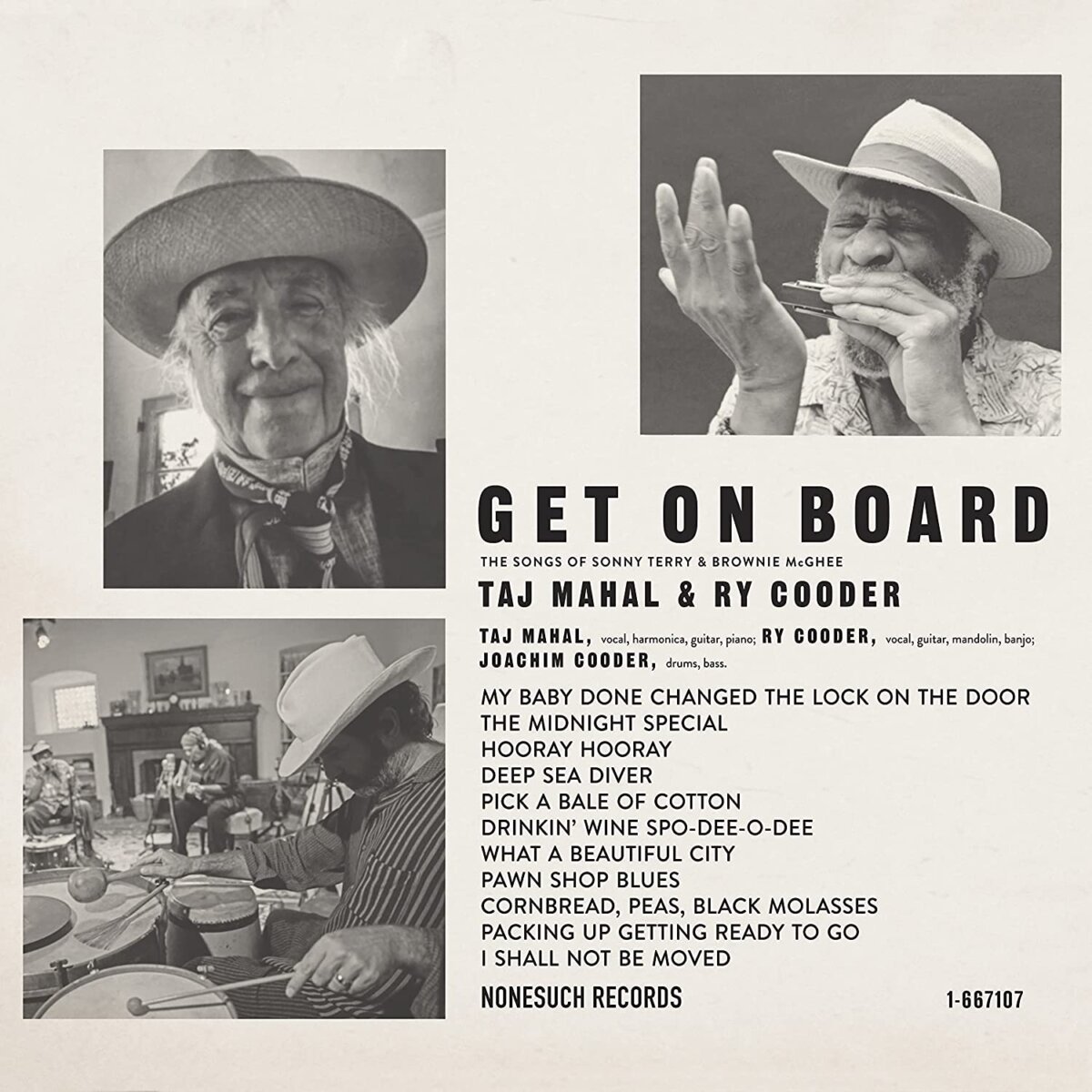 Nearly sixty years after they first played together, Ry Cooder and Taj Mahal, longtime friends and collaborators, reunite with an album of music from two Piedmont blues masters who have inspired them all their lives: Get On Board: The Songs Of Sonny Terry And Brownie McGhee. With Taj Mahal on vocals, harmonica, guitar, and piano and Cooder on vocals, guitar, mandolin, and banjo—joined by Joachim Cooder on drums and bass—the duo recorded eleven songs drawn from recordings and live performances by Terry and McGhee, who they both first heard as teenagers in California.

Tracklist
1. My Baby Done Changed The Lock On The Door
2. The Midnight Special
3. Hooray Hooray
4. Deep Sea Diver
5. Pick A Bale Of Cotton
6. Drinkin’ Wine Spo-Dee-O-Dee
7. What A Beautiful City
8. Pawn Shop Blues
9. Cornbread, Peas, Black Molasses
10. Packing Up Getting Ready To Go
11. I Shall Not Be Moved

Watch making-of video for the album

Recensie: Ry Cooder – Pull Up Some Dust And Sit Down