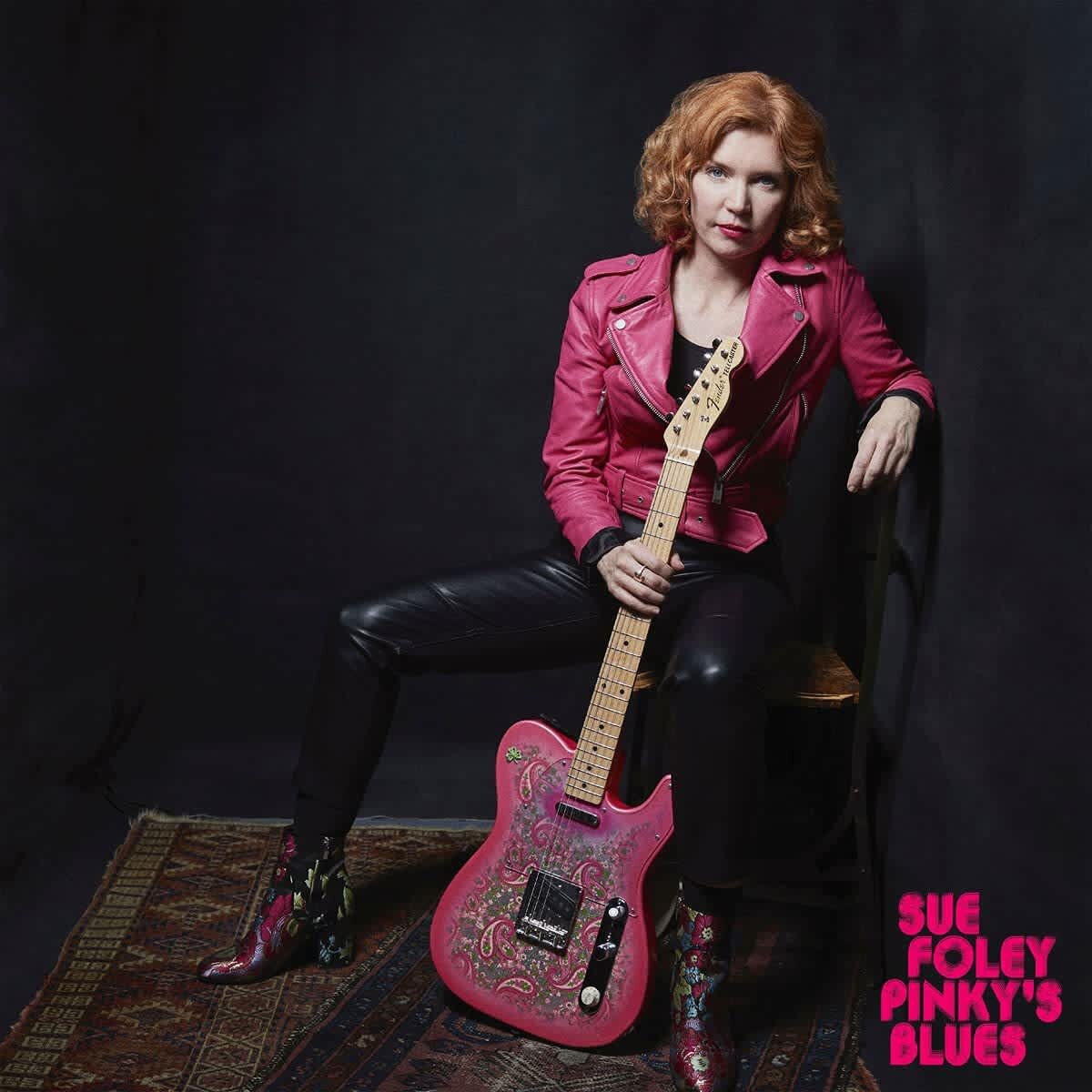 Pinky’s Blues is a raw, electric guitar driven romp through the backroads of Texas, with Foley’s signature pink paisley Fender Telecaster, ‘Pinky’ at the wheel.

Pinky’s Blues is a guitar driven collection of 12 songs, both original and some of Sue’s favourite covers, that demonstrate not only that Sue is one of the world’s greatest Blues guitarists, but that the sheer joy of playing can be felt through the recording in an emotional thrill for the listener. A vinyl version of the album on hot pink provides a dream item for fans, audiophiles and collectors.

Sue Foley has been riding a wave of success since The Ice Queen (2018). She won “Best Traditional Female (Koko Taylor Award)” at the 2020 Blues Music Awards in Memphis, was nominated for a Juno Award (Canadian Grammy), and she took home the award for “Best Guitar Player” at the Toronto Maple Blues Awards. Sue’s last album The Ice Queen reached #4 on the Billboard Current Blues chart, #1 on RootsMusic Report’s Top 50 Canada album chart and was in the Living Blues radio chart for four consecutive months, peaking at #2.

Guests include Jimmie Vaughan who adds his signature guitar to the track“Hurricane Girl”.