Award winning blues rock guitarist and singer-songwriter, Stevie Nimmo, will release is second solo album “Sky Won’t Fall” via Manhaton Records on Friday 4th March.  One half of the Nimmo Brothers, this will be Stevie’s second solo release since 2010’s debut acoustic album, The Wynds of Life.

Stevie’s new album starts with the flick of a switch. Then a squeal of feedback. Finally, the mother of all blues-rock riffs rises from the white noise, and Sky Won’t Fallraces out of the blocks in style. If the prospect of a new solo album from this titan of the British music scene didn’t already have your undivided attention, then thirty seconds into Chains of Hope, Stevie Nimmo has you by the lapels.

Released by Manhaton Records (the same label that releases King King’s albums), it’s a curious realisation that Sky Won’t Fall is only the second solo album of Stevie’s decorated career. In mitigation, the Glaswegian bandleader has been busy: since the late-’90s, there has been the small matter of helming legendary blues-rock outfit The Nimmo Brothers alongside younger sibling Alan. Indeed, Sky Won’t Fall was recorded in just ten days snatched between Nimmo tour commitments. “It was a bit frantic,” admits Stevie. “But even with all the madness, the project went very well.”

That the sessions at Nottingham’s Superfly Studios ran so smooth is testament to the near-telepathic chemistry between Stevie and his crack core band. On drums, Craig Bacon drives the material with power and nuance. On bass, Mat Beable provides the thrilling counterpoint to Stevie’s soulful guitar work and evocative vocals. Flanked by engineer Andy Banfield, Stevie is also joined on production by King King’s drummer Wayne Proctor, to oversee a mix that bursts from the speakers. “Wayne was the man in charge of getting my ideas out of my head and down on a recording,” says Stevie. “Not an easy task, but he nailed it.” 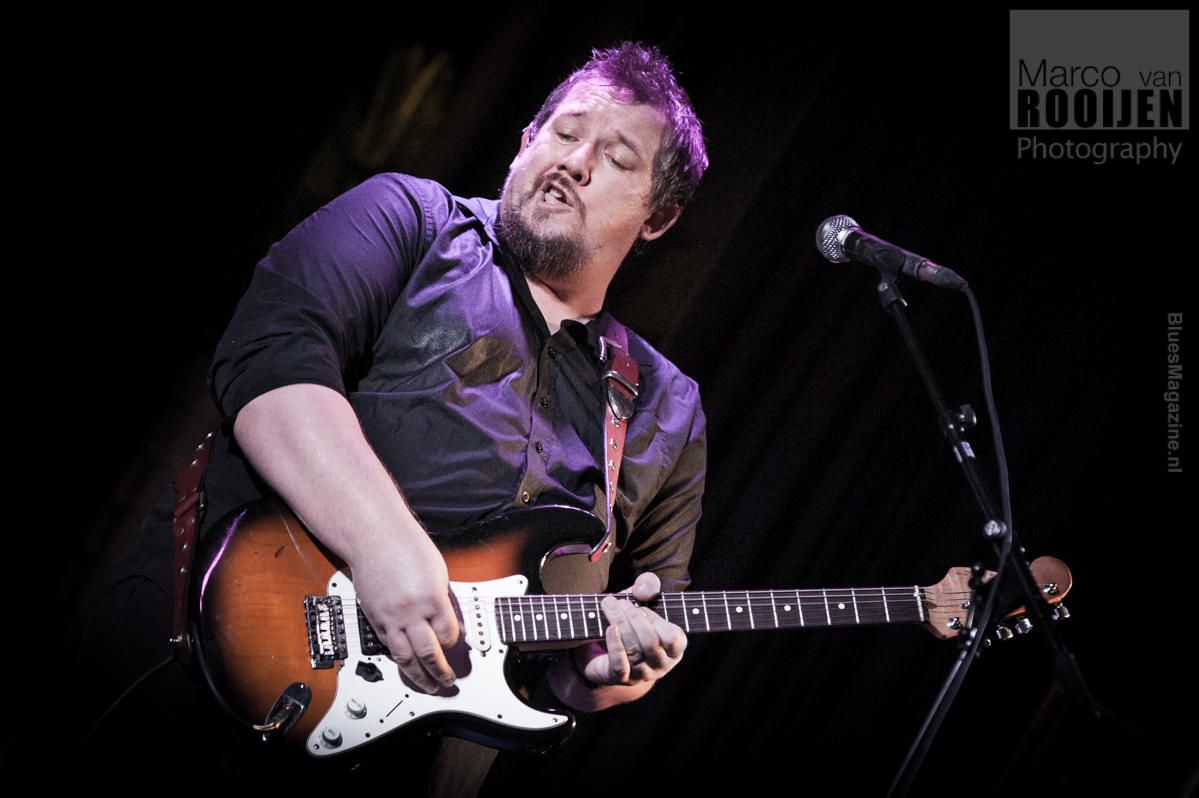 As ever, it was Stevie himself who supplied the raw material, arriving at Superfly Studios with ten of the best songs of his career burning a hole in his pocket. In 2016, the Glaswegian has a deserved reputation as a songwriter of eclectic brilliance: stick a pin in his back catalogue and you’ll find anything from the Nimmo Brothers’ high-octane blues-rock to the Americana stylings of 2010’s solo debut, The Wynds of Life. No wonder that Maverick Magazine dubbed him “one of Scotland’s finest singer-songwriters”.

With Sky Won’t Fall, Stevie’s muse proves as light on its feet as we’ve come to expect, with a track listing that throws endless curveballs and slips every pigeonhole you try to place around it. “I wanted Sky Won’t Fall to have as broad a musical spectrum as possible,” he reasons, “to showcase a bit of every side of my song writing. So there’s rock, blues, country, pop-rock and even acoustic. It really is a good representation of what I do.”

Most assuredly, there’s plenty here to satisfy the hardened blues-rockers hanging off Stevie’s security barrier, with Chains of Hope fusing its overdriven punch with a pop at the tech revolution, Roll The Dice Again riding on a trouser-flapping riff, and Still Hungryoffering a Zep-worthy guitar lick that smokes the timid radio-friendly rock of the modern mainstream. With these cuts chalked onto his solo set lists, it’s a safe bet that Stevie’s tour dates throughout 2016 will have the ammunition to blow the doors off.

And yet, such jaw-breaking rockers means it’s even more poignant when Sky Won’t Fall shifts gears to its most reflective moments. Take Running On Back To You: a tour bus love-letter penned to Stevie’s beloved family and set to neck-tingling mid-tempo blues.Lovin’ Might Do Us Good is a musical sunbeam to punch through the blackest storm cloud, and Change fuses funk-inflected wah guitar with an eloquent discourse on following your own path. The sun-kissed refrain of Walk the Thin Line, meanwhile, is an early contender for earworm of the year. “The first thing that came to me on this song was the melody,” remembers Stevie. “Then I wrote the rest of the song around it.”

For both the hardcore fans who have cheered him to the rafters since early years in Glasgow, and the first-timers keen to find out what the buzz is about, Sky Won’t Fallrepresents a bar-raising release from Stevie Nimmo. To play this album is hear one of the nation’s most questing talents at full stretch – and to know him a little better by the end. “If someone hasn’t got any of my albums,” notes Stevie, “then it wouldn’t be a bad idea to start with this one. With Sky Won’t Fall, I think a new listener could easily work out who I am.” 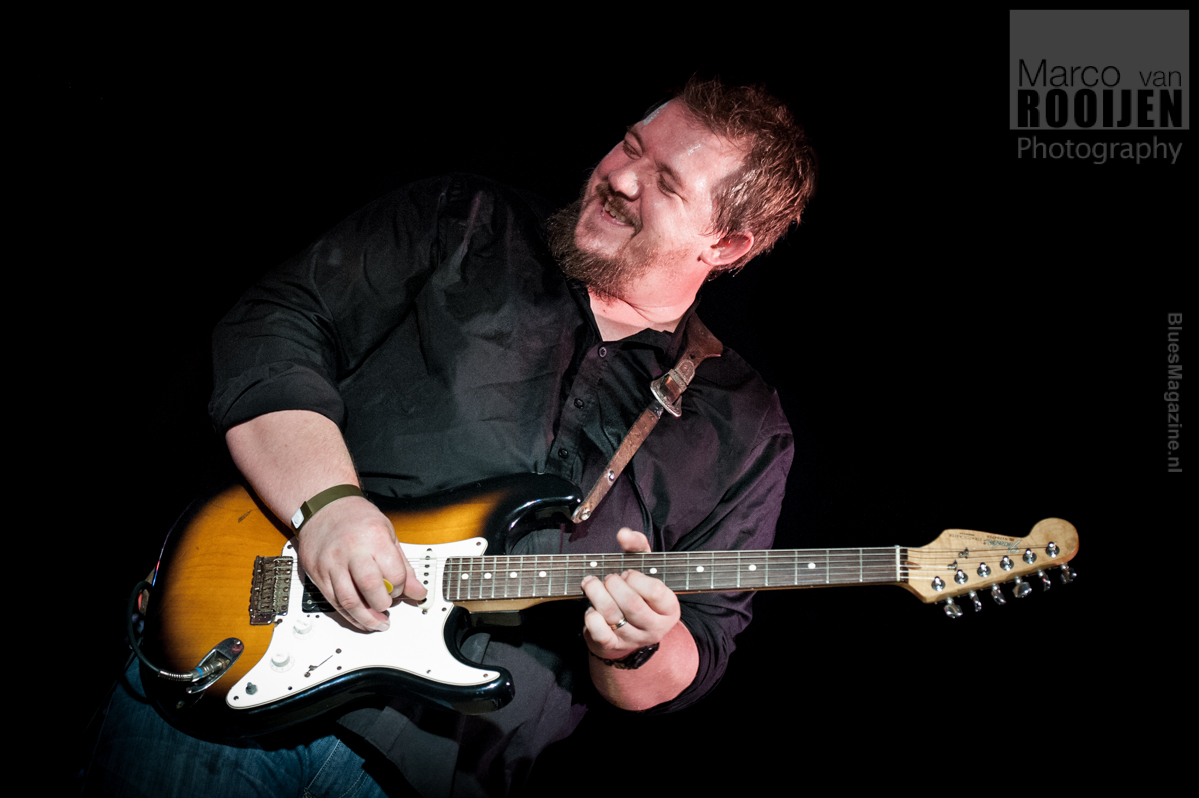