From the passionate lead track, Clotilda’s On Fire, featuring superstar Jason Isbell on searing lead guitar, to the Staple Singers-inspired Walk Until I Ride to the heartfelt call for unity of the title track, Uncivil War is striking and adventurous. Blending blues, R&B and Americana into a sound that is all her own, Copeland delivers one of the most enthralling and urgent roots albums of the year. 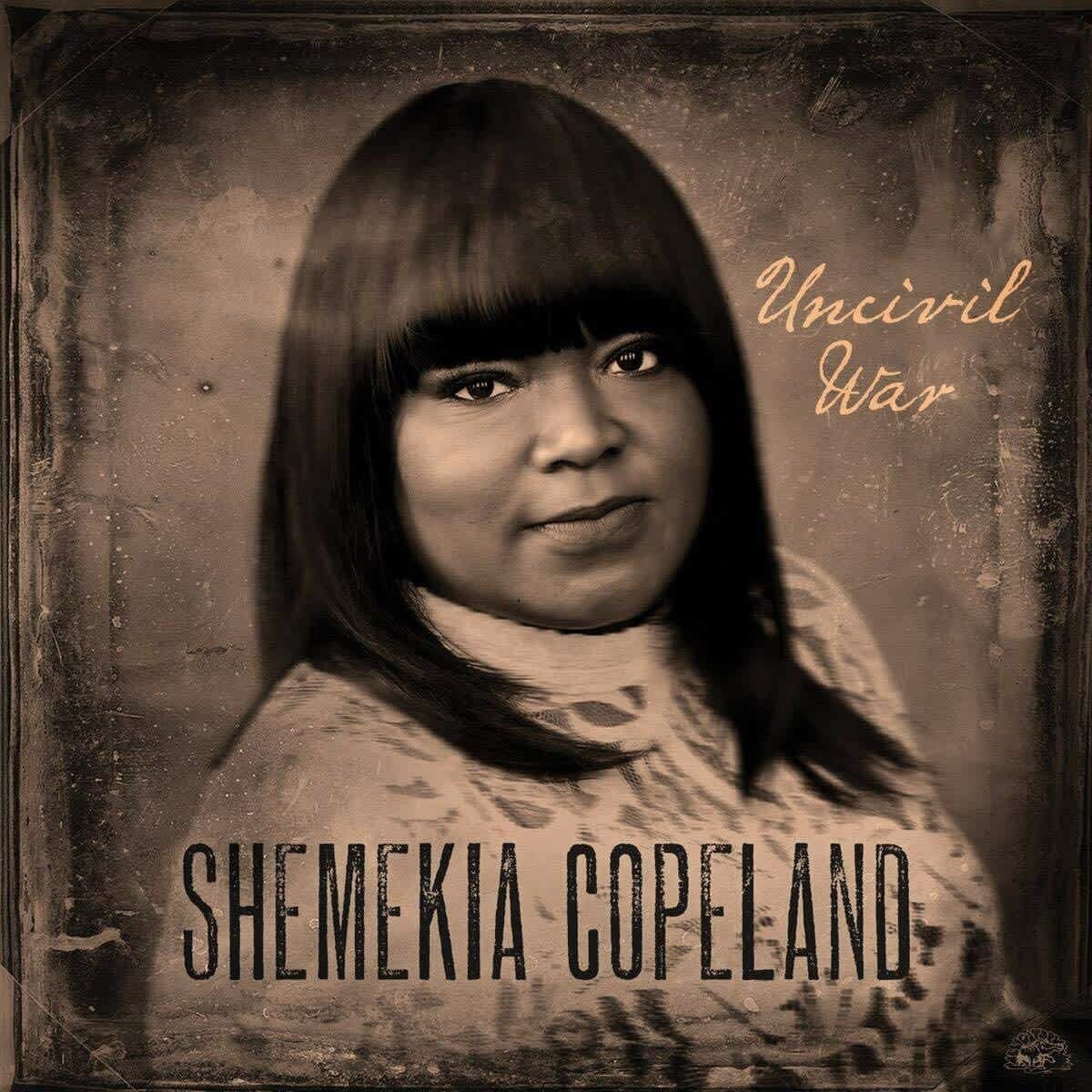 Alligator Records is pleased to announce the October 23, 2020 release of Uncivil War, the riveting new album by recently-named 2020 Living Blues Female Artist Of The Year and multi-Grammy Award nominee Shemekia Copeland. Uncivil War builds on the musically and lyrically adventurous territory she’s been exploring for over a decade, blending blues, R&B and Americana into a sound that is now hers alone.

Of the new album Copeland says, “I’m trying to put the ‘united’ back in the United States. Like many people, I miss the days when we treated each other better. For me, this country’s all about people with differences coming together to be part of something we all love. That’s what really makes America beautiful.”

When Shemekia first broke on the scene with her jaw-dropping Alligator Records debut CD Turn The Heat Up, she instantly became a blues and R&B force to be reckoned with. With each subsequent release — Uncivil War is her ninth album — Copeland’s music has evolved. She continues to broaden her musical vision, melding blues with more rootsy, Americana sounds, and singing about the world around her, shining light in dark places with confidence and well-timed humor. Her recordings have won her worldwide acclaim and dozens of awards. Her previous album, America’s Child, featuring a duet with John Prine and accompaniment from Mary Gauthier and Rhiannon Giddens (among others), was named by MOJO magazine as the #1 blues release of 2018. In addition to her three Grammy nominations, Copeland has won a total of 12 Blues Music Awards and more than 20 Living Blues Awards over the course of her career.

“Shemekia Copeland is a powerhouse, a superstar…She can do no wrong”
–Rolling Stone

“Copeland provides a soundtrack for contemporary America…powerful, ferocious, clear-eyed and hopeful…She’s in such control of her voice that she can scream at injustices before she soothes with loving hope. It sends shivers up your spine.”
–Living Blues