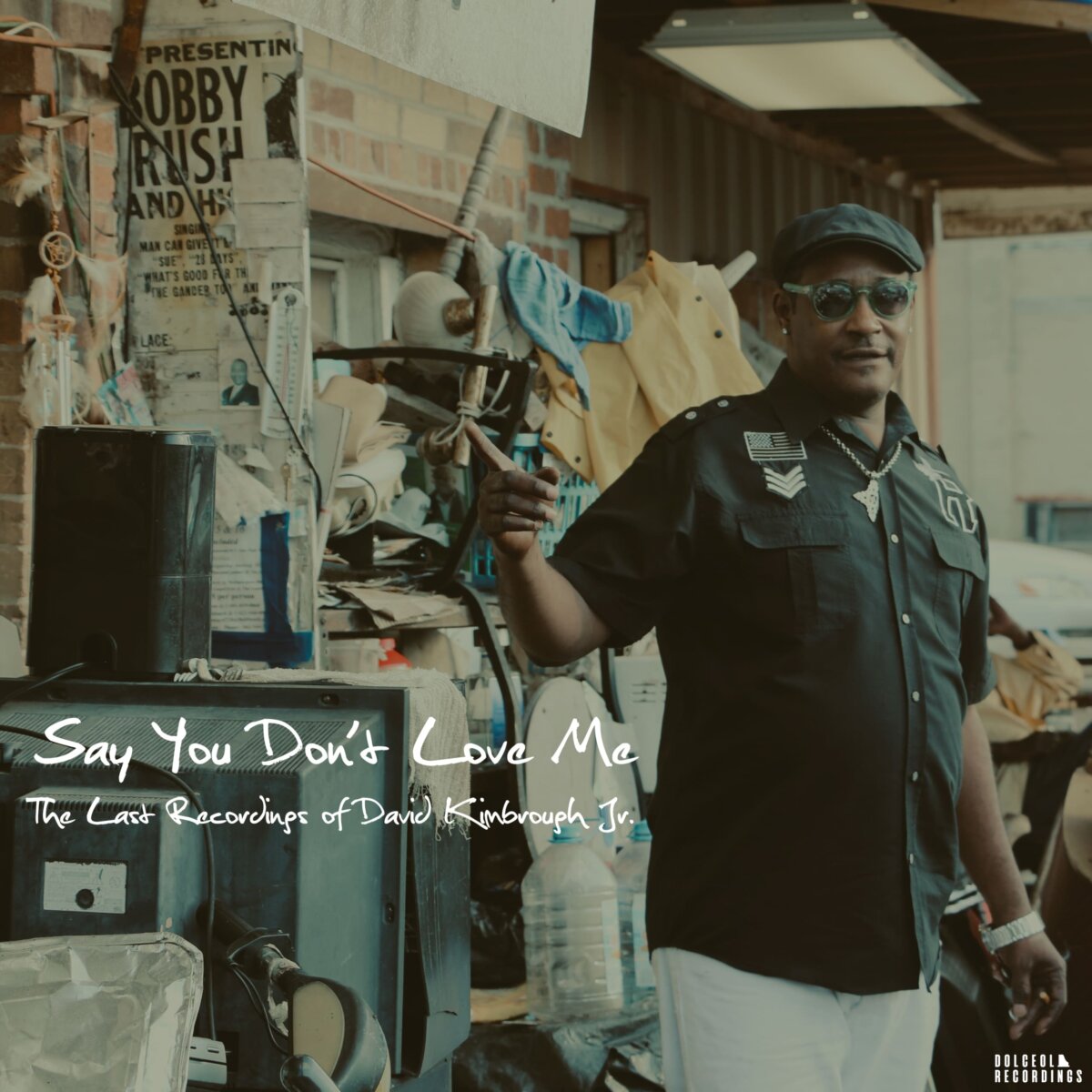 David Kimbrough Jr., son of the legendary Junior Kimbrough and passed away on July 4th 2019, was absolutely one of the greatest Blues musicians in his age who inherited and developed the musical tradition of his father, Cotton Patch Soul Blues. This record, “Say You Don’t Love Me: The Last Recordings of David Kimbrough Jr.” is literally his last field recording works with Dolceola Recordings, a music label focused on documenting American traditional music in analog field recording with a portable reel-to-reel Ampex 601 and a ribbon microphone RCA 77DX.

Recorded at his house in Holly Springs, October 2017, the album includes some of Junior Kimbrough’s master pieces such as “Meet Me in the City”, “Done Got Old” and “Lord Have Mercy on Me”, David Kimbrough’s own compositions, and a previously unpublished song written by Junior Kimbrough, “Say You Don’t Love Me”. Kimbrough learned this song from his father, and tells us the story on this record why his father wrote this song.

Says Robert Kimbrough Sr., a younger brother of David, “There’s nobody else in the world I would rather play with him. We knew one and another; we were on the same page. We were all Cotton Patch Soul Blues boys, carrying this music on, singing this music, my dad Junior Kimbrough’s music and writing our own music – you know there’s a lot, but we enjoyed it. ”

Says Adrian Pinson, a longtime producer and manager with David: “I hope that one day people would realize the talent David Kimbrough had. He had just a great talent and one day people get to see it. David was one of a kind and he could play with any bands, any songs in any world. ”

Cotton Patch Soul Blues is now one of the most unique and beautiful musical traditions in the United States, and the works David Kimbrough Jr. did had a big role to make that happen. “Say You Don’t Love Me: The Last Recordings of David Kimbrough Jr.” is one of his great and last works to keep the tradition alive.

Say You Don’t Love Me: The Last Recordings of David Kimbrough Jr.