Ladies and Gentlemen: the Brotherhood are in the building. The date is October 24th, 2012. The place is the Crossroads Festival in Bonn, Germany. And the vibe is pure electricity, as modern rock’s musical dream-team tear it up for the legendary Rockpalast TV show. It’s surely no coincidence that the Royal Southern Brotherhood kick off their set that night with Fired Up! In the words of that song’s chorus, Devon Allman, Cyril Neville, Mike Zito, Charlie Wooton and Yonrico Scott are undoubtedly “fired up and ready to go”… 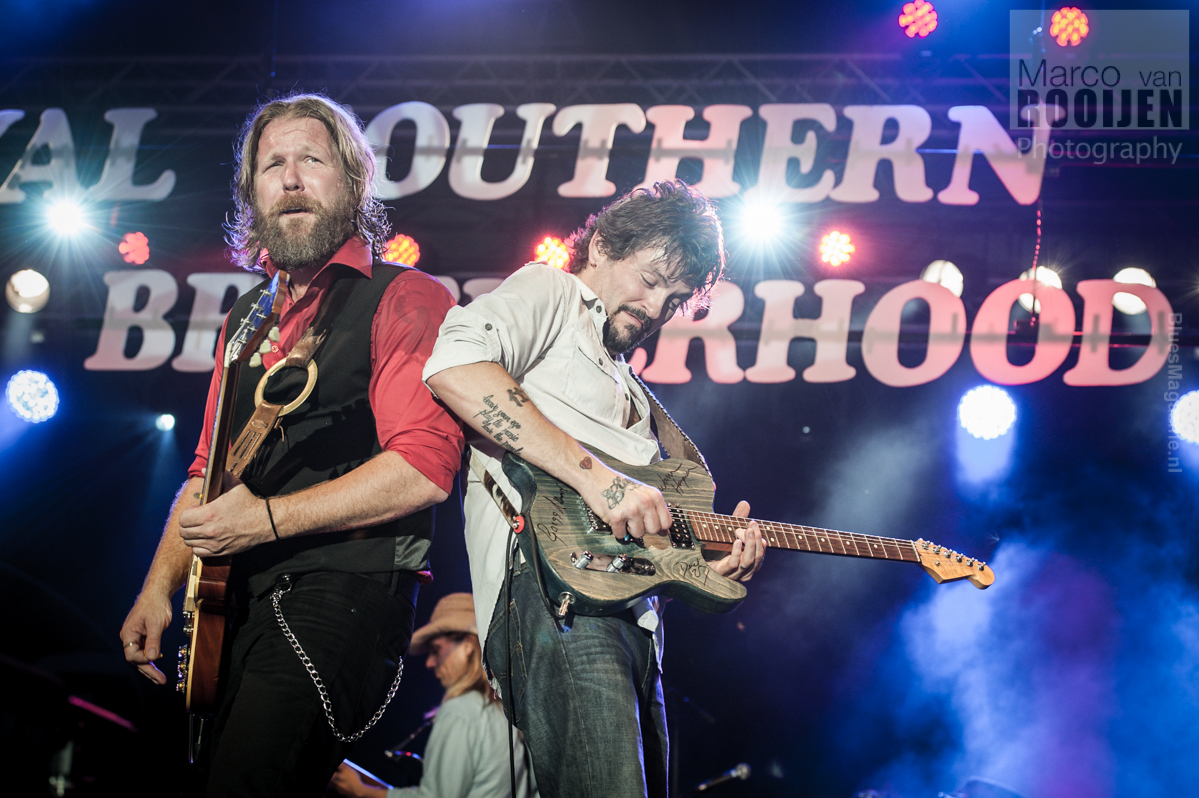 Released in November 2013, this new CD/DVD set takes listeners along for the ride, fusing a blistering Brotherhood set with the pin-sharp sound and production values you’ve come to expect from Ruf Records’ celebrated Songs From The Road series. Past releases have included everyone from Jeff Healey to Luther Allison – and now the spotlight turns on the southern supergroup who have lit up the post-millennial scene.

It’s hard to imagine a band more deserving of the live-album treatment. If there was chemistry afoot when the five members first convened in New Orleans over the summer of 2010, then it’s only been strengthened by the self-titled debut album that followed in 2012, and the subsequent world tour that has seen RSB raise the roof across twenty-plus countries. “We’ve got to see the world with this band,” says Devon, “and I love it.”

Given that intensive bonding session, it follows that Songs From The Road finds the collective at the peak of their powers, trading on the kind of chemistry that can only be forged through miles on the clock. Devon drips molten soul from his Gibson Les Paul. Behind the congas, Cyril is a groove in human form. Mike strokes and scorches the frets, while Charlie and Yonrico are a rhythm section locked down to the point of telepathy. “We have fun and we play as hard as we can,” says Mike of the band’s high standards onstage. “If you’re not there, you better get there… or we’re gonna knock you over!”

The unofficial sixth member that night in Germany, of course, was the Crossroads crowd, still pinching themselves at getting up close and personal with this A-list band in such intimate surroundings. “It was such a beautiful evening,” says Mike of the vibe in the house, “with an amazing audience that really got into the music. They lifted the band up and made us feel good. It was such an honour to perform for Rockpalast.”

Aside from the blazing chops and interplay, Songs From The Road is also a timely reminder of the Brotherhood’s unique talent for songwriting, showcasing the splice of Southern funk, blues and soul that Cyril memorably describes as a “gumbo”. All killer and no filler, this Rockpalast set mines the band’s debut album for classics including Fire On The Mountain, Hurts My Heart, Sweet Jelly Donut and Gotta Keep Rocking (alongside a stinging cover of the Rolling Stones’ Gimme Shelter). It’s a tribute to the heights they’ve already hit, while whetting our appetites for the highly anticipated second studio release, due for release in 2014. 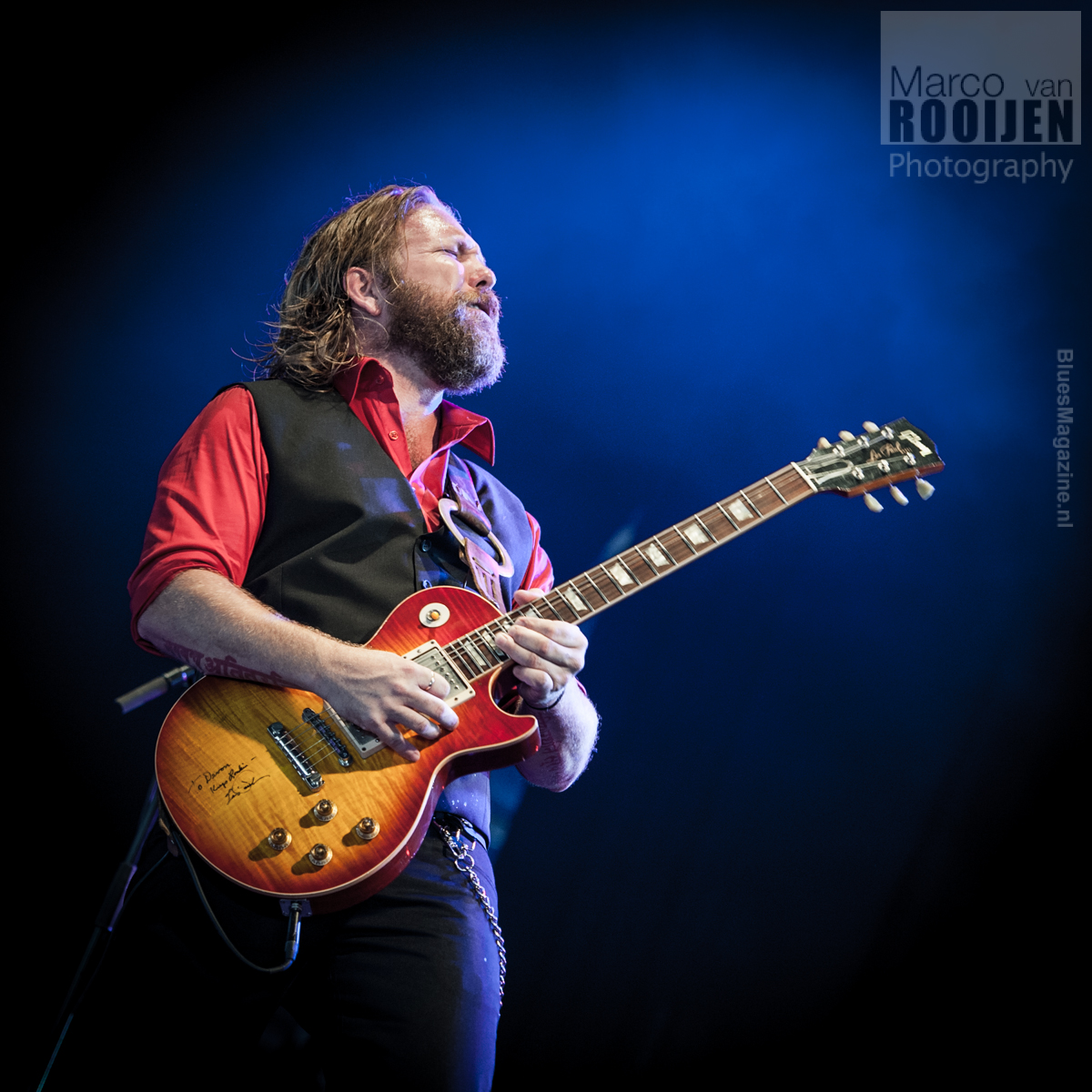 That’s the future, but let’s hit rewind. All five RSB members have heavyweight history, but their journey together began in the summer of 2010, amidst the stifling heat of New Orleans. Appropriately, this was the city that had once hosted the Allman Brothers’ early residence as house band at The Warehouse – as well as the spiritual home of the Neville Brothers – and now it provided the backdrop to the pivotal meeting between Cyril, Devon and Mike. Friendship sparked, talk soon turned to the formation a new breed of soul/blues/rock band, and when the first jams kicked off at a secluded studio in the city’s Garden District, the chemistry was too strong to deny.

Before they even hit a chord, Royal Southern Brotherhood had our attention, thanks to the lineup’s cocktail of famous musical bloodlines in Devon Allman and Cyril Neville. Great expectations indeed, but this was a band determined to trade off talent, not genealogy, and in May 2012, they shook off the baggage with Royal Southern Brotherhood. With veteran producer Jim Gaines catching the sparks from sessions at the Docklands Studios, Louisiana, this was a debut album that shot the band into the spotlight and more than delivered on the potential of the all-star lineup. The fans queued around the block, the international music press threw star ratings like confetti (including a Blues Music Award nomination in the ‘Rock Blues Album’ category) and the crazy ride began. Now, with Songs From The Road, it shows no sign of slowing.
“We really came into this and threw all the egos aside,” recalls Devon. “This was about making something greater than the individual parts. I mean, everyone hopes they can do a band like this. It’s been a dream come true…” 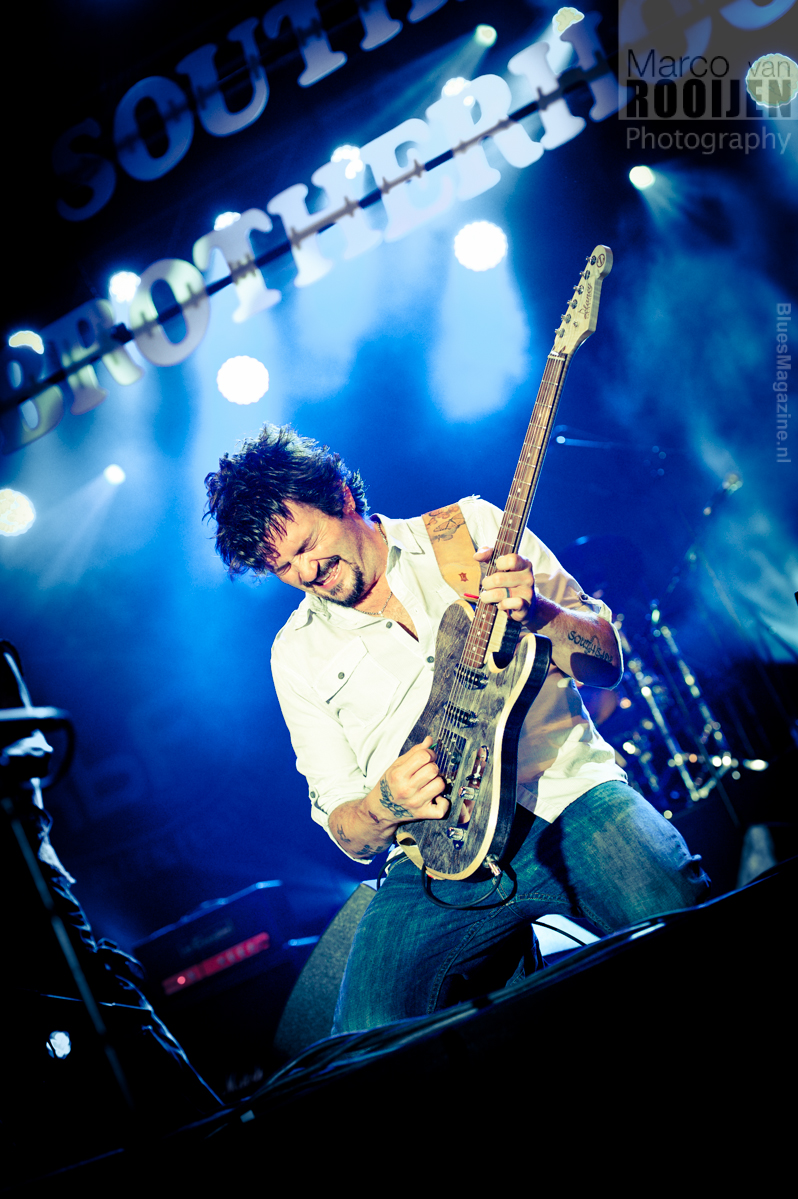 CD
1 Fired up!
2 Hurts My Heart
3 Gotta Keep Rockin’
4 Moonlight Over The Mississippi
5 Left My Heart In Memphis
6 Fire On The Mountain
7 Band Introductions
8 Ways About You
9 Sweet Jelly Donut
10 New Horizons
11 All Around The World
12 Gimme Shelter

DVD
1 Fired Up!
2 Hurts My Heart
3 Gotta Keep Rockin’
4 Moonlight Over The Mississippi
5 Left My Heart In Memphis
6 Fire On The Mountain
7 Ways About You
8 Sweet Jelly Donut
9 New Horizons
10 All Around The World
11 Sweet Little Angel
12 Gimme Shelter 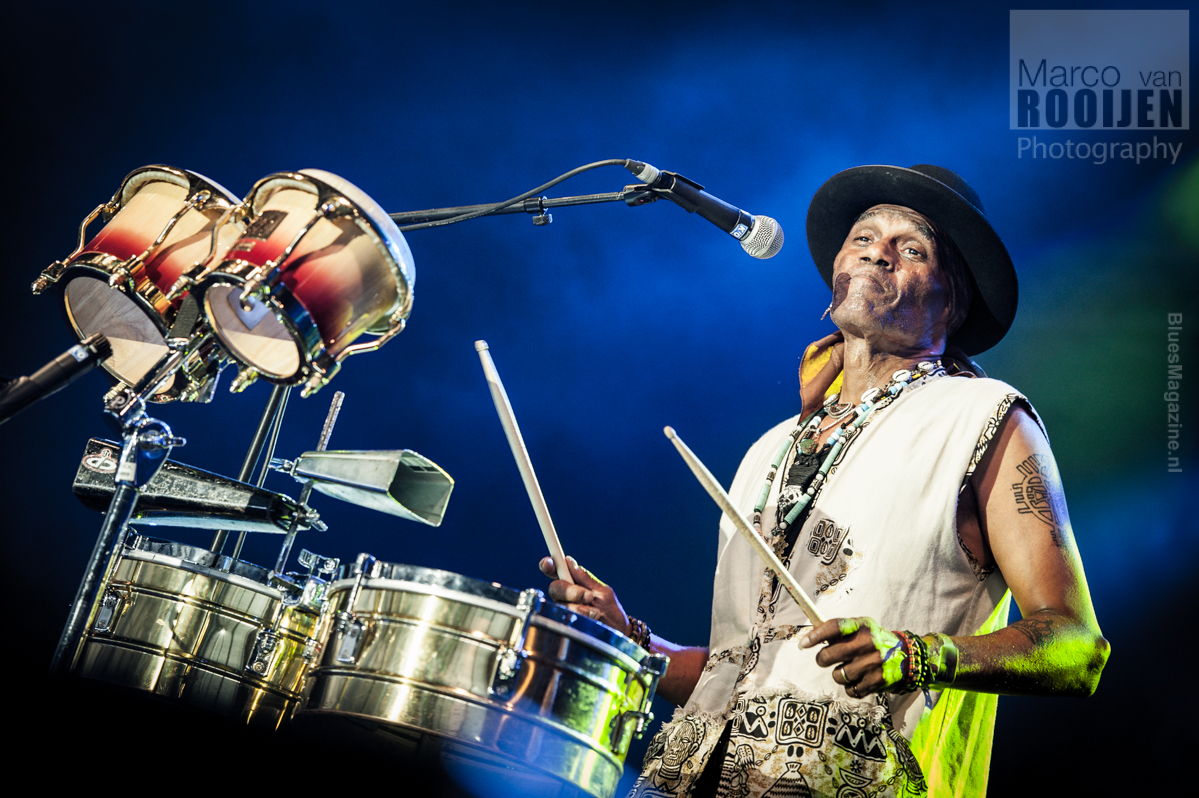