North Mississippi Allstars are proud to announce that their new record, Keys to the Kingdom, (Songs of the South), will be released on February 1, 2011. The album was recorded in the spring of 2010 at the Dickinson family’s legendary Zebra Ranch Studio in Coldwater, MS., produced by the band and features guests Mavis Staples, Ry Cooder, Spooner Oldham, Alvin Youngblood Hart, Gordie Johnson and Motown Funk Brother Jack Ashford. The album was recorded after an emotional year during which guitarist/vocalist Luther Dickinson and his drummer brother Cody’s father, Memphis music legend, Jim Dickinson, passed away. During that same year, Luther and his wife welcomed a daughter into the world. Keys to the Kingdom is a song cycle, a celebratory declaration of life in the face of death as well as a musical interpretation of this unique experience with the cycle of life, written and recorded honestly, fast and raw.

Jim had always told Cody and Luther, “You need to be playing music together. You are better together than you will ever be apart.” Coincidentally, the Dickinson brothers were not together when Jim passed. At that moment, they were both off on their own, Luther with The Black Crowes and Cody with the Hill Country Revue. So they came together at Zebra Ranch, where they had spent countless hours together with their dad, to create a record that could help them cope with the loss, and, at the same time, rejoice in his honor. The first line of Jim’s self-written eulogy was, “I refuse to celebrate death.” Luther, Cody and bassist Chris Chew took heed and aimed to celebrate life instead; and the songs for the new record, Keys to the Kingdom came pouring out of their souls.

“As is our family’s tradition, we gathered in our homemade studio and recorded,” Luther says. “We carried on as we’ve been taught and dealt the only way we know, by making music. Our dad used to say that production-in-absentia is the highest form of production. The credits read: ‘Produced for Jim Dickinson.’ Keys to the Kingdom is definitely our finest collaboration.”

Jim always advised in a very no-nonsense way, “Play every note as if it’s your last because one of them will be,” and that’s just what NMA set out to do on Keys to the Kingdom. The results are powerfully played and deeply visceral as the best blues music is – spiritual without being god fearing, heavy without being depressing.
“In the end,” Luther says, “We recorded our best country blues and Mississippi rock ’n roll record yet — as if our lives depended on it.” Ten years after the release of their debut album, Shake Hands with Shorty, Chew sums it up: “This is grown folks music.” 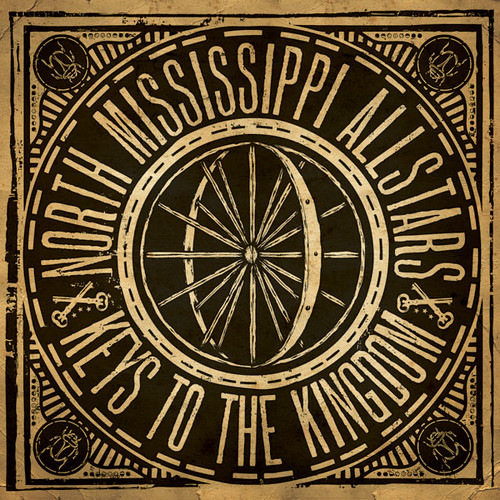