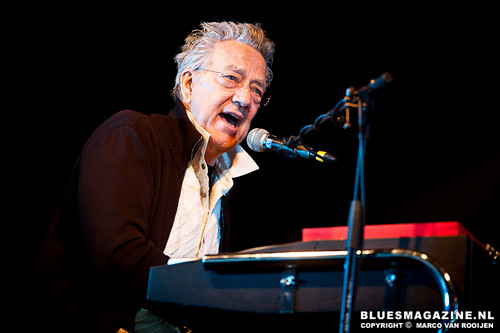 Ray Manzarek, keyboardist and founding member of the one of the most popular American rock groups of all time, The Doors, passed away today at the age of 74. He was at a clinic in Rosenheim, Germany undergoing alternative medical treatments for cancer.
Manzarek formed The Doors in 1965 after a chance encounter on Venice Beach with poet Jim Morrison. The band went on to become one of the most successful rock ‘n’ roll acts to emerge from the 1960’s, selling more than 100 million albums worldwide, and receiving nineteen Gold, fourteen Platinum and five multi-Platinum albums in the U.S. alone. In 1993, The Doors were inducted into the Rock and Roll Hall of Fame.

It is Manzarek’s keyboard work that serves as the iconic opening to one of the group’s biggest hits, “Light My Fire.” And his keyboard-as-lead-instrument stylings were prominent on their other ground-breaking hits such as “L.A. Woman,” “Break On Through to the Other Side,” “The End,” and “Hello, I Love You.”

Manzarek, one of the most influential keyboard players in the history of rock music, went on to become a best-selling author, and a Grammy-nominated recording artist in his own right following Morrison’s death in 1971.

Manzarek’s last release, Translucent Blues on Blind Pig Records, was a 2011 collaboration with slide guitar master Roy Rogers. It is a hard driving record with influences from blues, rock and jazz and lyrics that include tinges of poetry and literature. Minneapolis City Pages called it “very nearly a masterpiece that emphasizes Doors-like driving roadhouse blues-rock tinged with noirish overtones.”

Manzarek, a Chicago native, said of the album, “This is a head-first dive into American contemporary Blues. Roy and I take the unique art form of the Blues and add a 21st century twist to the genre.”

Rogers issued a statment saying, “I am very saddened that my great friend and collaborator Ray Manzarek passed away today at the age of 74. Always stretching the boundaries in music, art and poetry – this is one of the true rock icons that had heart, intellect and talent – and a terrific sense of humor. He was a great friend and will be missed.”

To watch Ray performing “Blues In My Shoes” with the Manzarek-Rogers band, please see video below.