LIL’ ED & THE BLUES IMPERIALS TO PERFORM IN BELGIUM 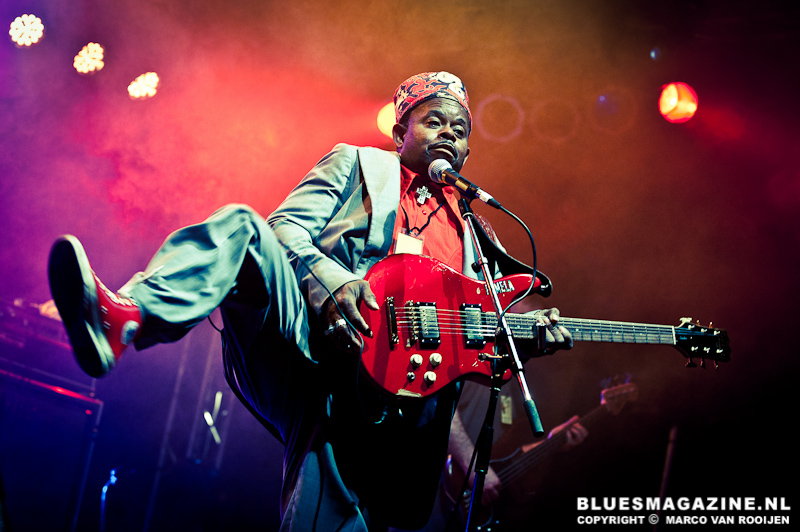 Alligator recording artists Lil’ Ed & The Blues Imperials, touring in support of their latest Alligator CD, JUMP START, will perform at Blues In Schoten in Schoten, Belgium on Saturday, November 21, 2015. Mixing smoking slide guitar boogies and raw-boned Chicago shuffles with the deepest slow-burners, Lil’ Ed Williams and his rip-roaring Blues Imperials — bassist James “Pookie” Young, guitarist Mike Garrett and drummer Kelly Littleton — deliver gloriously riotous, rollicking and intensely emotional blues. Currently celebrating 27 history-making years together, Lil’ Ed & The Blues Imperials ply their musical talents with skills that have been honed to a razor’s edge. In 2013, the band was awarded the Living Blues Critics’ and Readers’ Awards for Best Live Performer. The band won this same distinction in the 2012 and 2011 Living Blues Critics’ Poll. The group won the coveted 2009 Blues Music Award for Band Of The Year, the same honor they received in 2007. Concert information is as follows:

The band’s wildly energetic and seriously soulful new CD JUMP START is jam-packed with Lil’ Ed’s incendiary slide playing and rough, passionate singing, as the ragged-but-right Blues Imperials cook like mad alongside him. Produced by Williams and Alligator president Bruce Iglauer, it is a tour-de-force of untamed slide guitar, rock solid rhythms, heartrending ballads and authentic deep blues vocals. Williams wrote or co-wrote 13 of the album’s 14 songs, which all overflow with the band’s full throttle drive and serious sense of fun. JUMP START reveals a band firing on all cylinders and ready to spread the genuine houserockin’ fever to their biggest audience yet. “It’s all blues, really,” says Lil’ Ed. “Some of it will make you dance, some will ease your soul.”

Adding to the legend is Ed’s storybook rise, taking him from working in a car wash to entertaining thousands of fans all over the world. He’s made multiple appearances on Late Night With Conan O’Brien, and has brought his music to fans from Japan to Poland. According to The Chicago Tribune, “Williams represents one of the few remaining authentic links to pure Chicago blues.”

Now, with JUMP START, Lil’ Ed & The Blues Imperials will continue bringing their seriously inspired and wildly fun Chicago blues to “Ed Heads” new and old, wherever they may be. After almost a quarter century together, Lil’ Ed, Pookie, Mike and Kelly have played thousands of gigs, logged tens of thousands of miles and have no plans to slow down anytime soon. According to Littleton, “The journey has been amazing. We melded right away and have kept growing.” Garrett agrees, saying, “It’s a perfect fit. And we keep getting better.” Young adds, “We are way stronger now, and we’re still having fun. My dreams have all come true.”

“Long ago,” recalls Lil’ Ed, “Uncle J.B. told me, ‘When you get the right guys in your band, you’ll know.’ When Mike and then Kelly joined up with me and Pookie, we just clicked. I knew. We are a family,” says Lil’ Ed, summing it all up. “And families stay together.”