Les Paul can still be found playing his legendary namesake guitar at his standing Monday night gig in Manhattan, a further testament (if any was needed) to the fact that he has given his life over to music. A Tribute To A Legend is a fitting honor to the genre-crossing icon with an eclectic collection of musicians spanning the musical spectrum. From the hard hitting thunder of Joe Bonammassa’s blues-shredding guitar, to the fluid, ethereal, quasi-Blow By Blow guitar groove provided by six-string icon Slash, this CD covers the gamut of guitar and recording techniques. Solid tributes, most of which also include the 93-year old Les Paul are turned in by Johnny Rzeznik covering U2’s All I Ever Want Is You; Joan Osborne’s smoky rendition of “I Don’t Wanna Be With Anybody But You”; and even Richie Sambora’s spiritual vocal on “Great Hall Of Fame.”  Fans of instrumental music will marvel at tracks by  noted guitarist Jeff Golub, Chieli Minucci and Steve Lukather’s fluid work on the Todd Rundgren classic “I Saw The Light”, and much more.

For all of his amazing accomplishments, Les Paul might be most well known to the current generation as the name atop the headstock of the world’s most popular electric guitar, The Gibson Les Paul. What they likely do not know about the man behind the infamous name is that without Les Paul the modern world of recording as we know it would never have existed. In addition to his status as one of the greatest jazz guitar virtuosos, Les Paul is responsible for inventing the multi-track recording process, the reverb and delay effects, and the solid body electric guitar itself.  Paul’s contributions have forever changed the landscape of music and defined the sound of Rock ‘N Roll. This CD serves as a tribute, not only to the man, but also to these techniques that Les Paul invented as well as to the Les Paul guitar and the inspiration he provided the many guests that appear on this release. 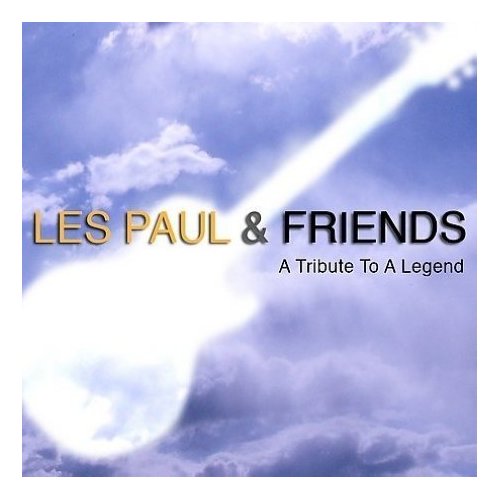