“In the spirit of BB King, Luther Allison and Little Milton, Larry is among the greats. It’s now up to the world to rediscover him.
He has been here all along.” – Joe Bonamassa 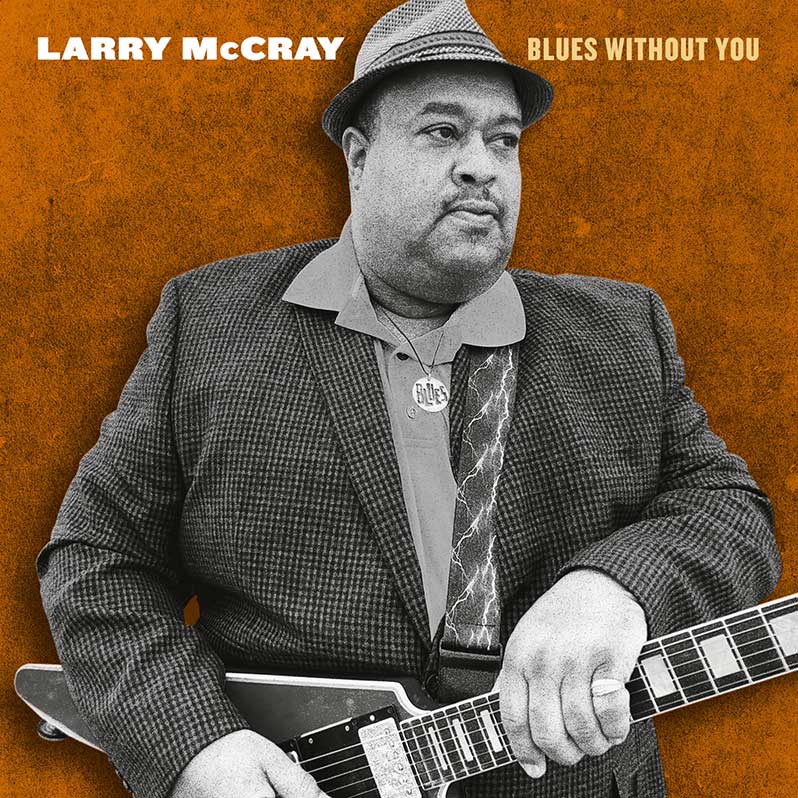 Poised to become a genre-shaping staple with the release of two major label albums in the 90’s, rustbelt Blues singer and guitarist Larry McCray proves he’s been hiding in plain sight with today’s announcement of his first album in nearly seven years, Blues Without You, set for release on March 25.

Throughout his career, McCray’s life has imitated the rags-to-riches stories of the blues. Larry’s musical journey took him through many twists and turns, personal hardships, and dark moments. After meeting his current companion and collaborator, Peggy Smith, Larry found peace and was rediscovered by kindred spirits Joe Bonamassa and Josh Smith.

“Writing this album made me feel proud, as it allows others to see me as more than a blues musician,” shares McCray. “The songs are reflective of my broad taste in music styles and the subject matter, although personal at times, is relatable to anyone’s life. Hopefully, the words and message of the songs will help others express their feelings in a similar synopsis.

“I feel totally reborn, with a whole new career, and I’m optimistic about what the future holds,” McCray continues. “But truthfully speaking, sometimes I do wish it would have happened 30 years ago. I would have been much more qualified for the job at that age than at 62,” he laughs.

“Larry McCray is a legend,” praises Bonamassa. “We have known that for 30 years. He is the last of the great blues shouters from the rust belt. In the spirit of BB King, Luther Allison and Little Milton, Larry is among the greats. It’s now up to the world to rediscover him. He has been here all along.”

“Working with Joe Bonamassa and Josh Smith as producers was an opportunity of a lifetime,” credits McCray. “Having known and respected them as accomplished musicians first, it allowed me to trust their opinions even more and made this an incredibly fulfilling project.”

Along with today’s album announcement McCray releases lead single “Arkansas,” a charging ode to McCray’s childhood in his home state and an anthem for those who grew up similarly.

“This song is a reminder of my childhood, growing up in rural Arkansas in the 60’s,” elaborates McCray. “Feeding hogs, bailing straw, amongst all the other chores that a kid of that generation had to perform, and still, we found a way to find the joy and make it seem as though it was no work at all. I hope the people can feel that spirit when they listen to this music that was born from a generation whose prime has long come to pass.”

The “Blues Without You” album can be pre-ordered