“The Queen Of Chicago Blues,” Koko Taylor was the modern epitome of the big voiced female blues belter, in the magnificent tradition of Big Mama Thornton, Bessie Smith, and Memphis Minnie. Fittingly, Koko – born 1935 Cora Walton in Memphis, Tennessee – had her career launched in Chicago with a near decade-long (1964 to 1972) stay on the historic Chess label’s Checker imprint, scoring what became the last great Chicago blues hit single, “Wang Dang Doodle,” in 1965.

A sharecropper’s daughter, Cora’s nickname Koko came from her love of chocolate, and her move to Chicago was prompted by her marrying truck driver Robert “Pops” Taylor in 1953. A maid during the day, Koko often played the Southside Chicago blues clubs at night and was “discovered” there by Chess in-house bass player/producer/A&R man/songwriter Willie Dixon. Launched with the great original of “I Got What It Takes,” the Koko/Willie relationship lasted over seven years, produced two albums and numerous singles – the best of which are included here on this expanded edition of a long-out-of-print 1991 compilation.

Originally an 18 song compilation, What It Takes (Expanded Edition) is now a robust 24 tracks (over 70 minutes long) and includes five tracks making their CD debut. Among the highlights are her classic takes on such Dixon songs as “Twenty Nine Ways (To My Baby’s Door,” “Fire,” and “Insane Asylum,” a terrifying track that features a guest vocal by Mr. Dixon himself. There’s also a roaring live duet with Muddy Waters on the title track, and the bonus tracks include her versions of J.B. Lenoir’s “Good Advice” and Dixon’s co-written “Blues Heaven,” both making their reissue debut.

During production of this Expanded Edition, the great Koko Taylor passed away in her beloved city of Chicago. These marvelous recordings were where she first earned her royal title. 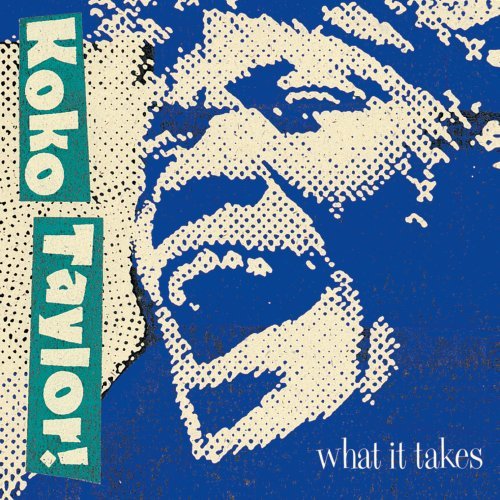