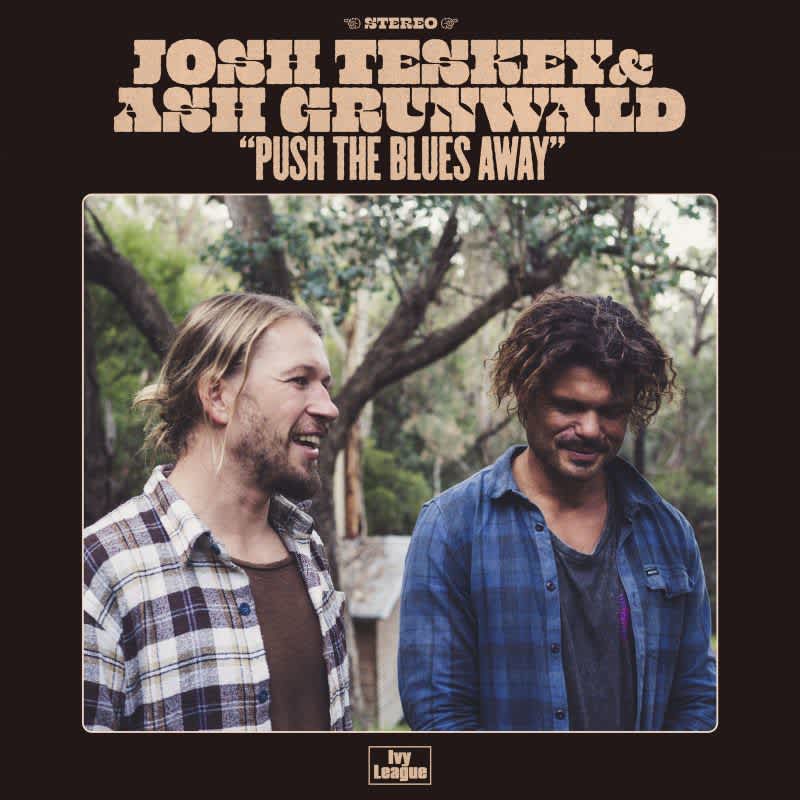 The Teskey Brothers‘ Josh Teskey and Ash Grunwald have announced a forthcoming joint album, ‘Push The Blues Away’.

‘Push The Blues Away’ is “an album born out of a mutual love for the blues and a genuine appreciation for each other’s talents”. The eight-track album will be released through Ivy League Records on Friday 13 November on 180g, cream-coloured vinyl, CD digipak and all digital services.

The tracks on ‘Push The Blues Away’ were recorded live and straight to tape, and were written either by Teskey or Grunwald, except the covers of ‘Preachin’ Blues’ and ‘The Sky Is Crying’.

Like many great musical ideas, the impetus to make a blues record together came from an impromptu jam. In the downtime between takes filming a video clip for Ash Grunwald’s song ‘Ain’t My Problem’, a track which featured the Teskey Brothers, Josh and Ash found themselves riffing on an old Elmore James tune, ‘The Sky Is Crying’. “Somebody filmed our little jam,” Grunwald says, “and it became the seed of a great idea: Why don’t we do an acoustic blues album? No bells and whistles, something from the heart.”
“This album was made how any good blues album should be in my opinion. Spontaneously and instinctively.”