“Stories From The Crooked Room” is the brand new studio album from Jon Amor, former guitarist with UK Blues legends ‘The Hoax’, now regarded in his own right as one of the UK’s finest songwriters and live performers.

This is Amor’s first album since ‘Unknown Soldier’ in 2006, which was highly acclaimed and featured a guest performance from Robert Plant.

For his new release – “Stories From The Crooked Room” – Amor teams up with regular band members Dave Doherty (guitar), Chris Doherty (bass) and Si Small (drums) to produce ten brand new recordings which not only enhance Amor’s growing reputation as a fine songsmith, but also convey all the energy of his live performances. Calling on influences from his youth like JJ Cale, Little Feat and James Taylor, as well as contemporary artists like Ray LaMontagne and The Black Keys, Amor blends soulful melodies with his trademark bluesy feel to create a vibrant sound for this, his fourth album.

While his last record took over a year to produce, Jon and the band adopted a much more spontaneous approach this time around.

“We recorded all ten songs in just two days,” Amor explains. “We moved all the furniture out of my living room and turned it into a studio, creating a recording environment that was great fun and very conducive to the ‘live’ feel we wanted.

“There were about four songs that the guys in the band hadn’t even heard before, so I would sing them on my own, show them the changes and then we’d hit record and just go for it. We had a rule that if we didn’t have the song in the bag after three takes we’d move on and come back to it later – that way we maintained the spontaneous feel.” 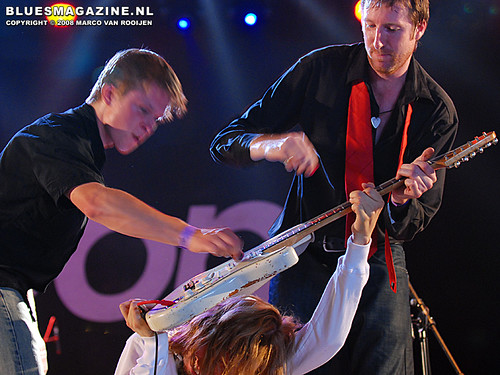