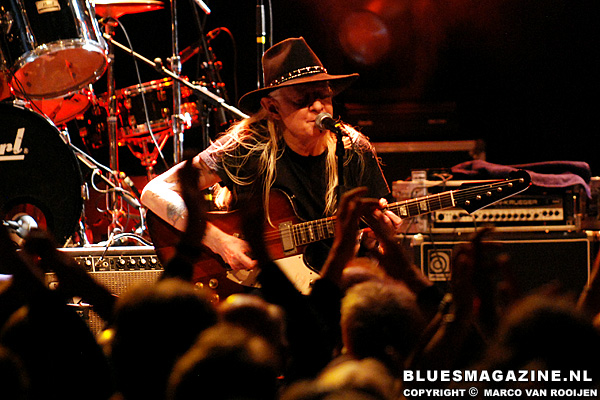 The legendary rocker and blues statesman Johnny Winter will forever continue to enthrall his millions of fans the world over. With his unique brand of blues/rock guitar and vocal prowess, Winter’s style is truly unmatched in purity and artistry which will never be duplicated.

As the late blues rocker toured non-stop, it’s no secret that his live performances are truly legendary. Fortunately for his huge fan base, Johnny captured a lot of his concerts and rare studio sessions on tape over his many decades, which proudly leads us to the colossal Johnny Winter deluxe set Remembrance Volume 1.

Friday Music is very honored to be the home of Johnny Winter’s Remembrance Volume 1. As with our previous releases, they are totally produced, authorized, owned and controlled by Johnny Winter.

In addition to the hard rockin’ blues on this wonderful collection, this limited edition compact disc collection will be presented in a stunning fold-out digi-pak with appreciations from Edgar Winter, Gregg Allman and Joe Reagoso.

Disc 1: The Best of the Live Bootleg Series

JOHNNY WINTER documentary: Down and Dirty