Delmark Records is oh so excited and proud to blow you away with piano star Johnny Iguana’s first blues album as a leader! 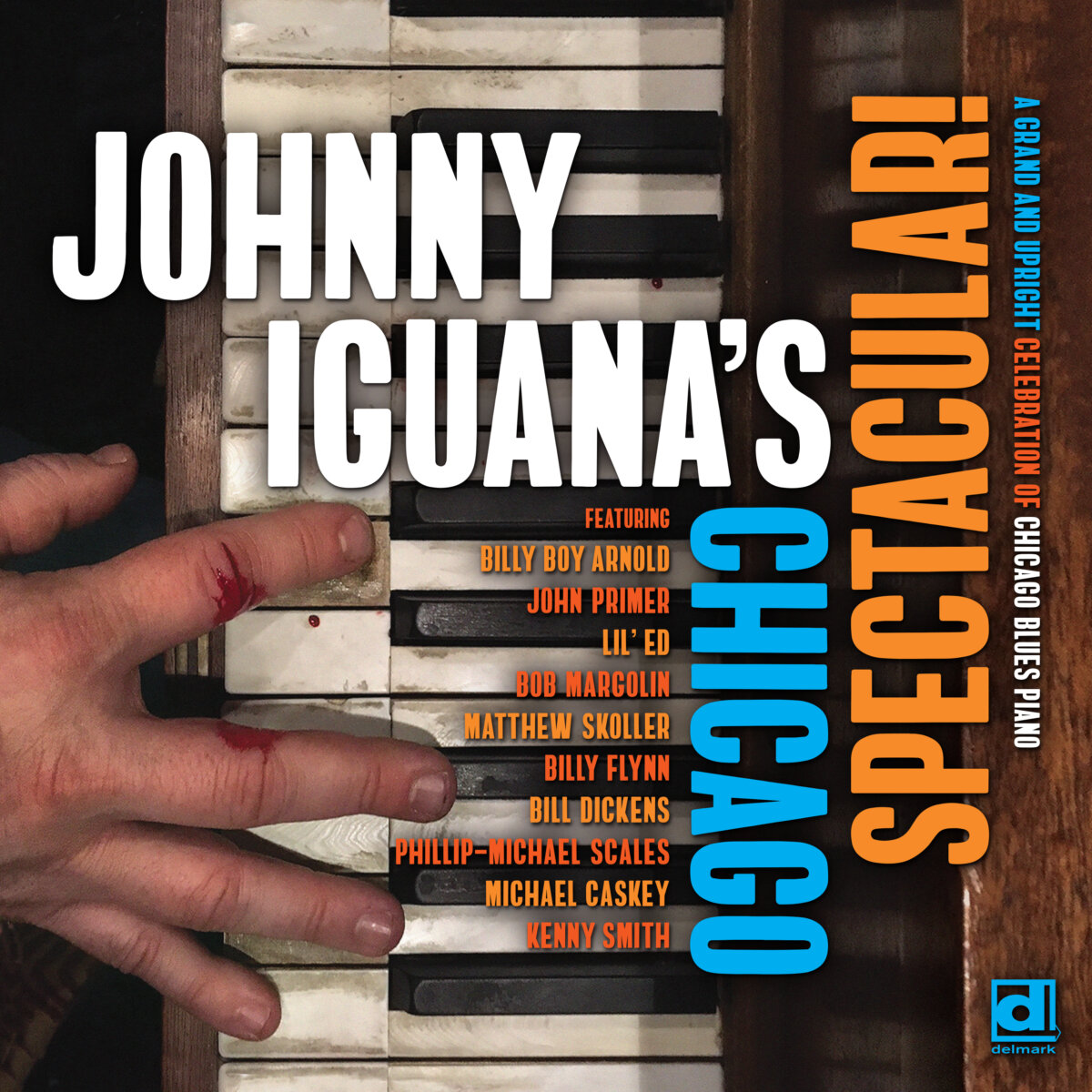 A GRAND AND UPRIGHT CELEBRATION OF CHICAGO BLUES PIANO

“The art of Chicago blues piano is in excellent hands as long as Johnny Iguana is in town. He’s assembled some of the Windy City’s greatest traditional-minded blues artists for this disc to provide stunning vocals as he pays tribute to seven of Chicago’s legendary ivories heroes – giants who serve as some of Iguana’s primary influences. The concept works to perfection: this is no mere homage, but a joyous, living and breathing celebration of a time when Chicago blues was virtually synonymous with the piano and great singers.” – blues/roots scholar Bill Dahl, from the liner notes
Growing up up in Philadelphia, Johnny Iguana really zeroed in on Junior Wells and Otis Spann after becoming obsessed with Chicago blues at age 15. In his later teens, armed with a fake ID and a sport coat, he played countless all-night blues gigs at Philly bars— largely songs plucked off Junior’s records. A few years later, Johnny met Junior at a NY show and was thrilled when Junior hired him after live auditions in Boston and Rhode Island. Johnny packed his bags and spent three years touring and recording with Junior. Decades later, Johnny still calls Chicago home and has emerged as one of the premier blues piano players in the United States. Since his days with Junior, he has toured or recorded with a who’s who of Chicago blues greats: Otis Rush, Buddy Guy, Billy Boy Arnold, James Cotton, Lil’ Ed, Carey Bell, Eddy Clearwater, John Primer, Lurrie Bell, Billy Branch and more. He has learned from the best, a lifelong immersion and dedication.

This is Johnny’s first blues album as a leader, and it’s not your typical blues album. That’s because, as you’ll hear, Johnny is not your typical blues piano player. At a time when bold originality is less welcomed in blues than it is in other music, Johnny stands out as an artist who has reached the apex of his craft but who has not allowed a strict definition of blues to limit his expression. A feat of this album and of Johnny’s artistry is how his original compositions flow naturally and organically out of the classic Chicago blues piano repertoire. His chordal creativity is as much on display as his blues-language fluency. It all makes sense and fully delights, as vintage blues and boogie morph into something new, intoxicating, witty, wild—yet still anchored in the blues.

This is a blues album from top to bottom. It is traditional. It is contemporary and audacious. It is the story of Johnny Iguana, a one-of-a-kind piano man exalting his Chicago blues heroes while making his own mark. In the bigger picture, it’s compelling evidence that blues today is vital, and still evolving (full notes by producer Larry Skoller included).