Dear Fans and Friends:
As reports about the disbanding of the Bluesbreakers have been circulating since the end of the last European tour, I have to apologize for not announcing and confirming it sooner. Physically and emotionally it has been a tough decision to make. The main reason is that at age seventy five I want to cut back on my usual heavy workload and also give myself freedom to work with other musicians if and when I feel like it. Needless to say this doesn’t mean I’ll be abandoning the blues but rather hoping to expand on it through guest appearances and in the company with other musicians. Meanwhile I can’t thank Joe, Hank and Buddy enough for all the great contributions they’ve made to my musical journey thus far. It has been a great ride indeed.

My new band members for 2009 will be announced in due course after I’ve taken some time off to re-evaluate. This has been a difficult announcement to make, but I hope you will all understand and look forward to what new music I will have to offer in the new year.
— John Mayall 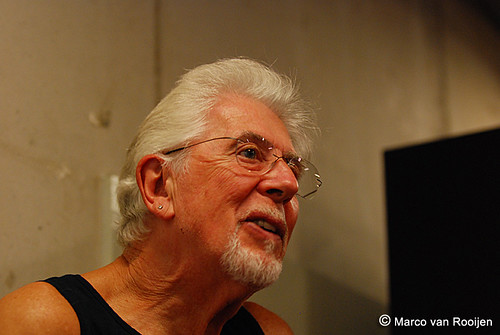 Recensie: John Mayall – Nobody Told Me