RECORDED AT HISTORIC RCA STUDIO B IN NASHVILLE, TENN 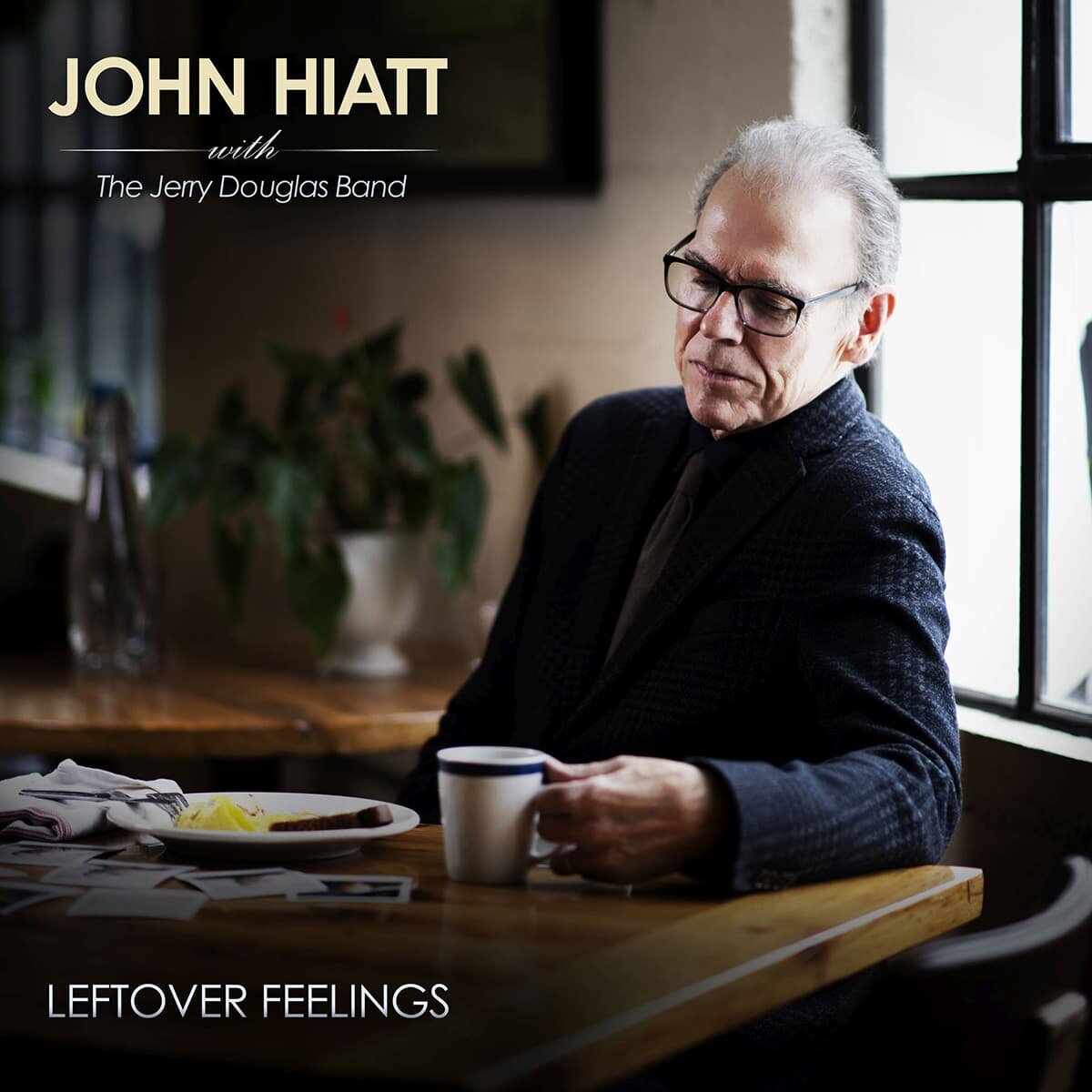 John Hiatt with The Jerry Douglas Band will release Leftover Feelings on May 21st via New West Records. The 11-song set was produced by Jerry Douglas and recorded at Historic RCA Studio B in Nashville, Tenn. A meeting of two American music giants in a legendary setting, Leftover Feelings is neither a bluegrass album nor a return to Hiatt’s 1980s days with slide guitar greats Ry Cooder and Sonny Landreth. There’s no drummer, yet these grooves are deep and true. And while the up-tempo songs are, as ever, filled with delightful internal rhyme and sly aggression, The Jerry Douglas Band’s empathetic musicianship nudges Hiatt to performances that are startlingly vulnerable.

The collaboration follows Hiatt’s 2018 studio album The Eclipse Sessions. Receiving widespread critical acclaim, The New York Times said “Hiatt still writes, as evidenced by his latest release, The Eclipse Sessions, a collection of timeless tunes that show his unassuming mastery,” while Guitar Player called him “…an artist on par with American greats such as Bob Dylan, Tom Petty, Paul Simon, and Bruce Springsteen.” Jerry Douglas is a Dobro master who reinvented the instrument and is responsible for bringing it to popular presence in modern times. The Jerry Douglas Band’s 2017 studio album What If was nominated for a Grammy Award in the “Best Contemporary Instrumental Album” category with Rolling Stone saying, “Even after 14 Grammys, Jerry Douglas is still exploring unlikely musical pairings…”

Historic RCA Studio B was one of the cradles of the “Nashville Sound” in the 1950s and 60s. A sophisticated style characterized by background vocals and strings, the Nashville Sound and Studio B played major roles in establishing Nashville’s identity as an international recording center. Hitmakers in Studio B included Country Music Hall of Fame members Eddy Arnold, Waylon Jennings, Willie Nelson, Dolly Parton, Elvis Presley, and more. Songs recorded within its walls span decades, genres and emotions, with Presley’s forlorn “Are You Lonesome Tonight?” and Parton’s autobiographical “Coat of Many Colors” among them.

Built when Hiatt was five years old, Studio B was designed for music to be made in real time by musicians listening to each other and reacting in the emotional moment. That’s what happened here: Five players on the studio floor, making decisions on instinct rather than calculation. “I was immediately taken back to 1970, when I got to Nashville,” said Hiatt upon entering the studio. A half-century ago, Hiatt lived in a ratty, $15-a-week room on Nashville’s 16th Avenue, less than a mile away from RCA and Columbia studios that were the heartbeat of what had come to be known as “Music Row.” “You can’t not be aware of the records that were made there…Elvis, the Everly Brothers, Waylon Jennings doing ‘Only Daddy That’ll Walk the Line’ (which is referenced in the new song “The Music is Hot”). But that history wasn’t intimidating, because it’s such a comfortable place to make music.”

Today, the Country Music Hall of Fame® and Museum has premiered the video for “All The Lilacs In Ohio,” which was filmed at Historic RCA Studio B during the recording sessions. See the “All The Lilacs In Ohio,” video which was directed by Lagan Sebert and Ted Roach, HERE. Additional digital content that highlights the Leftover Feelings project will be published by the museum, expanding its educational commitment to the iconic studio.

John Hiatt’s lyrics and melodies have graced more than 20 studio albums, have been recorded by Bob Dylan, Emmylou Harris, B.B. King & Eric Clapton, Willie Nelson, Bonnie Raitt, Iggy Pop, and scores of others, and have earned him a place in the Nashville Songwriters Hall of Fame, A BMI Troubadour award, and a lifetime achievement in songwriting designation from the Americana Music Association. Jerry Douglas has performed on more than 1,500 albums by artists including Ray Charles, George Jones, Alison Krauss, Earl Scruggs, and James Taylor, and none of those works sound a bit like the new and masterful Leftover Feelings.

About Historic RCA Studio B:

Built in 1957, Historic RCA Studio B operated for 20 years as the recording home of popular music titans. Approximately 18,000 sessions were recorded within its walls, including more than 200 songs by Country Music Hall of Fame member Elvis Presley. First made available to Country Music Hall of Fame® and Museum visitors in 1977, the studio was donated to the museum by the late Dan and Margaret Maddox in 1992. Following the Mike Curb Family Foundations’ philanthropic purchase of the studio in 2002, its preservation and public access continues through a partnership between the foundation and the Country Music Hall of Fame® and Museum. Over the last decade, with donor support, Studio B’s exterior has been renovated and the interior has been designed to reflect its 1960s-era prime. Today, the studio is both a classroom for Nashville-area students and a popular cultural attraction