The wait is over for a new Joe Bonamassa solo studio album! Royal Tea was inspired by his British guitar heroes Jeff Beck, John Mayall & The Bluesbreakers, Eric Clapton and Cream and recorded at the legendary Abbey Road Studios.

This album reconnects the 43-year-old with the guitar-slinging kid from upstate New York, who stumbled across the best of British blues music in his dad’s vinyl collection – whose influences have shaped him to be the player he is today. These ten original tracks were co-written by Joe and a cast of homegrown notables including former Whitesnake guitarist Bernie Marsden, ex-Cream lyricist Pete Brown and national-treasure piano man Jools Holland.

If the walls of Abbey Road Studios could talk, they’d tell the greatest stories in rock ‘n’ roll. From the first Beatles audition in 1962, through Pink Floyd’s mind-expanding 1973 opus, The Dark Side Of The Moon, to The Empire Strikes Back soundtrack and Radiohead’s The Bends, this one-time Georgian townhouse in north-west London is the backdrop to every cultural flashpoint that counts.

But even Abbey Road had never experienced anything quite like Joe Bonamassa at full throttle. “You could hear us from the canteen,” smiles the bluesman of Royal Tea sessions in January 2020. “We’d get these weird looks from the orchestra guys downstairs. Because we play really loud…”

If you know anything about the post-millennium’s breakout bluesman, and pre-eminent Anglophile, you’ll know that blowing the roof off Abbey Road is a lifelong ambition. During his three-decade ascent, Bonamassa has ticked off most of his schoolyard fantasies, from bringing out Eric Clapton at the Royal Albert Hall, to slinging Rory Gallagher’s beat-to-hell ’61 Strat at the Hammersmith Apollo. But tracking a full album in Studio One, on the same floor where The Beatles once broadcast All You Need Is Love to the world? “This whole adventure,” admits Bonamassa, “was a bucket-list thing for me.”

Royal Tea brings Bonamassa full-circle. These ten tracks reconnect the 43-year-old bandleader with the guitar-slinging kid from upstate New York, who stumbled across Jeff Beck Group’s Let Me Love You, John Mayall’s Bluesbreakers With Eric Clapton and Cream’s Disraeli Gears in his dad’s vinyl collection – and promptly swore a lifelong blood oath to the British blues. “I would have been about twelve years old, and it was the sound I heard in my head. Like, ‘OK, I’m in. That’s what I want to be’. If I had a time machine, I’d have been born in ’46, turned twenty in ’66 – and come here, to London.”

Since his 2000 debut, A New Day Yesterday, that founding influence has stayed close to the surface of Bonamassa’s 14 solo album catalogue. Yet he’s always let his choice of studio infuse his work, whether stirring the vibe of the Greek island of Santorini into 2010’s Black Rock, placing his bets on Sin City for 2014’s Vegas-tracked Different Shades Of Blue, or working with the cream of Nashville on 2016’s Blues Of Desperation. “Where you record an album leaves a fingerprint on the music,” he points out. “This album is a snapshot, too.”

Naturally, the backdrop of Abbey Road demanded an album of British-flavoured blues. But even before the sessions, Bonamassa immersed himself in the culture, living in London over summer 2019 to let the capital’s pulse and daily rhythms flow down his antennae, wash over his songcraft and spice his new material. “I came here with no songs,” he remembers, “just a notepad and some good intentions.”

Co-writing Royal Tea with a cast of homegrown notables including former Whitesnake guitarist Bernie Marsden, ex-Cream lyricist Pete Brown and national-treasure piano man Jools Holland – not to mention trolleydashing Denmark Street’s guitar shops for British-made amps – only added to the vibe. “Writing this record in London has done its job,” reflects Bonamassa. “It really does sound inherently British. Bernie and I, we finish each other’s sentences. We’re cut from the same cloth. One of the things about Bernie is, I just have to ask him, ‘What would the British do?’ He had all of those chord changes. And I’m like, ‘Ah, that’s the sound’. And then you get all of these tunes…” 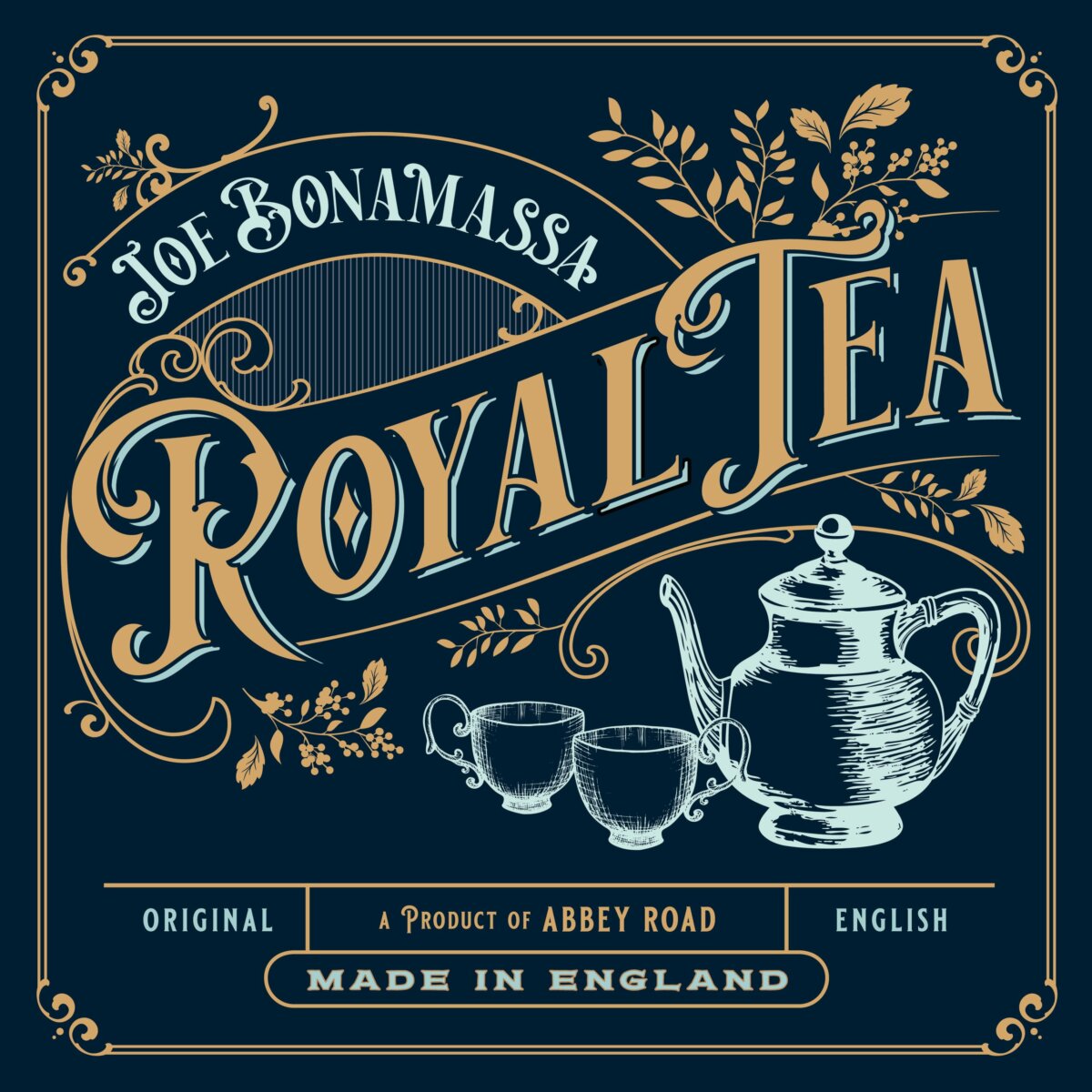 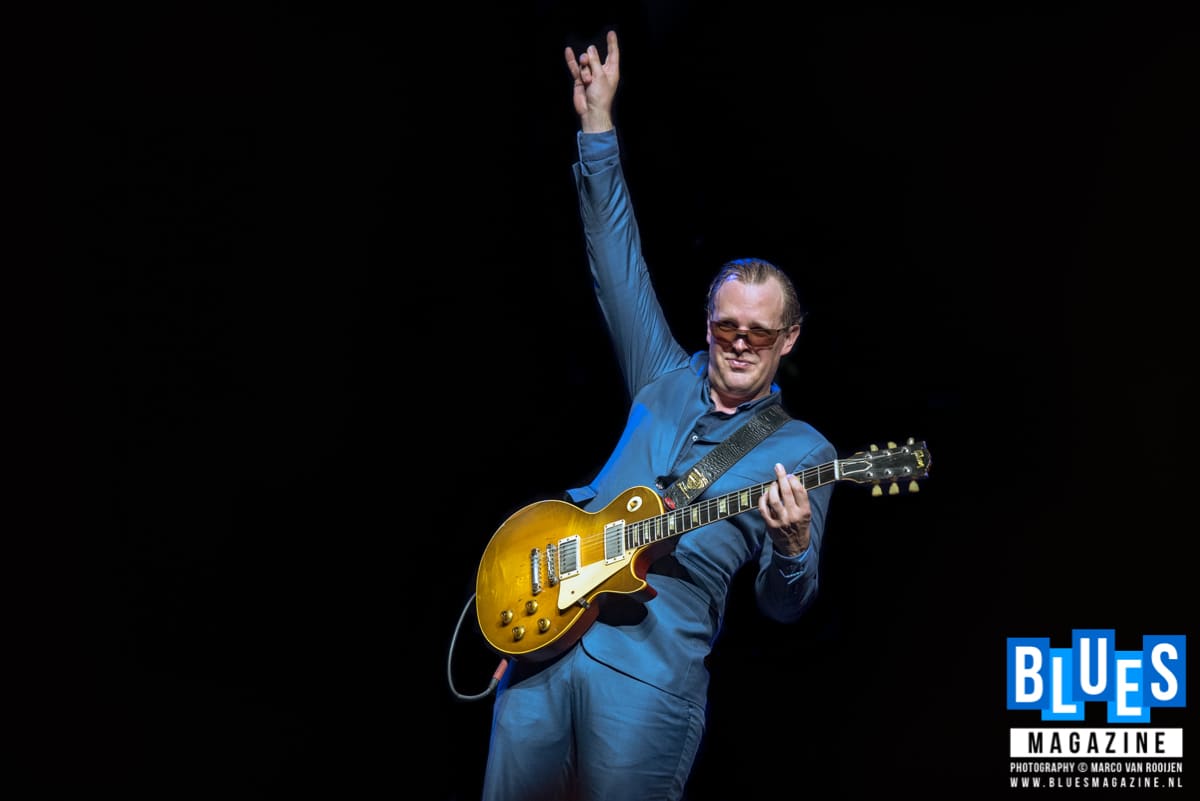 GET TICKETS FOR THE LIVE STREAM CONCERT ON SEPT 20:

“WHY DOES IT TAKE SO LONG TO SAY GOODBYE”:

The wait is over, Joe Bonamassa’s new solo studio album Royal Tea inspired by his British guitar heroes Jeff Beck, John Mayall & The Bluesbreakers, Eric Clapton and Cream was recorded at the legendary Abbey Road Studios and will be released on October 23rd via J&R Adventures. Bonamassa also surprised his fans this past Friday with his latest single, “Why Does It Take So Long To Say Goodbye.”

Bonamassa is known for taking risks and venturing into uncharted territory throughout his wide-ranging career but now he has found a new way to surprise his fans and music lovers. Royal Tea brings Bonamassa full-circle. “This whole adventure,” admits Joe, “was a bucket-list thing for me.” This album reconnects the 43-year-old with the guitar-slinging kid from upstate New York, who stumbled across the best of British blues music in his dad’s vinyl collection – whose influences have shaped him to be the player he is today. “I would have been about twelve years old, and it was the sound I heard in my head. Like, ‘OK, I’m in. That’s what I want to be’.”

Alongside the announcement of the Royal Tea album, Bonamassa revealed today that he will perform a special Livestream Concert from the legendary Ryman Auditorium in Nashville, Tennessee on September 20th. This concert will feature the songs from his new album before the official release. Joe has never performed a full, unreleased album for audiences like this before, giving fans from around the world the opportunity to come together for an unforgettable night of blues-rock music. Along with Royal Tea he’ll perform classic remixes from his 20th anniversary album A New Day Now. The evening will continue with a one hour “After Party” featuring several live performances from an array of some of the hottest rising stars in blues-rock music.

The live stream tickets and packages for “Joe Bonamassa Live in Concert Worldwide” presented by Keeping The Blues Alive are available for purchase at https://joeb.me/JBW

There are a variety of pricing levels available for fans worldwide to be a part of this special “audience.” Tickets to the livestream event starts at $20. Fans may also purchase a $35 ALL-ACCESS PASS which includes access to the livestream event on September 20th, the Royal Tea digital album available on October 23rd, and a 1-year all pass for Bonamassa’s on-demand service which includes 17+ concert releases from Joe Bonamassa, Black Country Communion, and Rock Candy Funk Party – available at any time on most devices.

As part of this unique concert event, fans also have the option to purchase a Commemorative VIP ticket giving them an experience they will never forget. VIP ticket holders will have their photo printed out and placed in a seat at the legendary Ryman Auditorium as part of Joe’s audience for that special night. VIPs will also get a picture of Joe with his “audience” which will be sent to them via email to keep. The VIP ticket holder’s name will also be included in the credits at the end of the live stream event, as well as being included in the upcoming DVD credits for this performance!

This one-of-a-kind concert is presented by Bonamassa’s non-profit, Keeping the Blues Alive Foundation (KTBA). Each ticket purchase will include a $1 donation to Joe’s Fueling Musicians Program, which to date has raised over $295,000 and has supported more than 163 musicians in need due to the COVID-19 pandemic.

While much of the applause Bonamassa receives should be credited to his sheer talent, some part of his success needs to be attributed to Joe and his business partner for having the foresight and ability to become some of music’s savviest entrepreneurs. Bonamassa now 43, and his partner Roy Weisman have together devised a 360-degree independent business model that has survived and thrived during one of the music industry’s most uncertain eras, particularly considering the challenges created by the current pandemic.

Bonamassa’s Royal Tea and A New Day Now follow his instrumental side project called The Sleep Eazys, who released their stunning debut album, Easy To Buy, Hard To Sell, earlier this year. The album, which the Associated Press touted as making “instrumental dreams,” was produced by Bonamassa and features some of his frequent collaborators, along with his all-star touring band. The Sleep Eazys project is Joe’s second time in the studio as a producer, after Reese Wynans’ long-awaited debut solo album Sweet Release.

To keep up with everything Bonamassa, visit jbonamassa.com, and be sure to stay connected on social media.